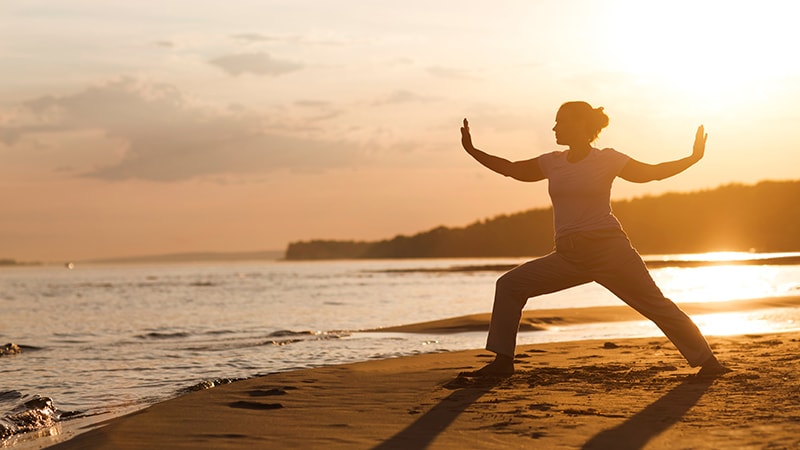 In a randomized controlled study with more than 100 participants, tuina therapy plus yijinjing exercise was more effective than tuina therapy alone for pain, functional recovery, and anxiety.

Tuina is a Chinese manual therapy that consists of soft tissue manipulation, such as pressing, pushing, and kneading, coupled with spinal manipulation. Yijinjing is a type of traditional Chinese exercise that puts emphasis on the coordination of posture, meditation, and breathing.

Both therapies are widely used in China for nonspecific neck pain, but evidence for their additive effects has been limited.

The new results suggest that tuina combined with yijinjing “can be recommended for routine use as supplemental therapy for pain control” for patients with nonspecific chronic neck pain, Zi-ji Cheng, MS, Shanghai University of Traditional Chinese Medicine, China, and colleagues write.

The findings were published online December 13 in JAMA Network Open.

The researchers recruited 102 participants (mean age, 36 years) who had nonspecific, chronic neck pain that had lasted for at least 3 months.

Half received tuina therapy alone, and half received tuina plus yijinjing. Both interventions were delivered by experienced therapists in three sessions per week for 8 consecutive weeks. There were no dropouts.

Compared with tuina alone, tuina combined with yijinjing was associated with a significantly lower visual analogue scale (VAS) score by the end of the 8-week intervention period, which met the primary endpoint.

At baseline, the median VAS score was 7 in both groups. At week 8, for the tuina group, there was a 4.1-point mean reduction in VAS score, vs a 5.4-point reduction in the combined therapy group (mean difference, 1.2 points; P < .001).

The greater impact of the combined therapy on pain intensity persisted at the 12-week follow-up.

In the combined group, there was also a greater reduction in anxiety symptoms. Yijinjing combines deep breathing with physical movements, which may have an influence on negative emotions and quality of life, the investigators note.

“Our findings suggest that the improvement in pain and disability in the tuina combined with yijinjing group was not only statistically significant but was also clinically significant,” they write.

To their knowledge, this is the first randomized clinical trial to demonstrate the efficacy of tuina combined with yijinjing for patients with nonspecific chronic neck pain.

“This is not groundbreaking. I find that people who combine different treatments tend to do better overall ― for instance, when acupuncture is combined with physical therapy vs acupuncture alone,” said Kim, who was not involved with the current research.

“Tuina and yijinjing are both therapies used in traditional Chinese medicine, and they are examples of types of treatments that are similar to massage that we do in the West, like shiatsu,” he said.

Kim, who has been practicing integrative medicine for almost 20 years, noted that complementary and alternative treatments have become “more and more sought after and also provided by a lot of Western medical centers, including NYU. We’re also seeing a lot more of these types of therapies being tested.”

Daniel Schrier, doctor of oriental medicine and director of acupuncture experiential learning at Maryland University of Integrative Health, in Laurel, also was not surprised by the results.

Tuina therapy and yijinjing exercise “complement each other very well and accentuate the therapeutic quality of the treatment, much like acupuncture and herbal medicine,” he told Medscape Medical News when asked for comment.

“While one can see results with one, having both is always better. Both tuina and yijinjing have similar qualities in that they help to release and relax the sinew channels and by doing so help to invigorate the flow/circulation of qi and blood through the body,” Schrier noted.

He said he would “absolutely recommend both of these treatments for patients, especially yijinjing, since patients can take this practice home with them if they have a video to supplement what was taught by the practitioner.”