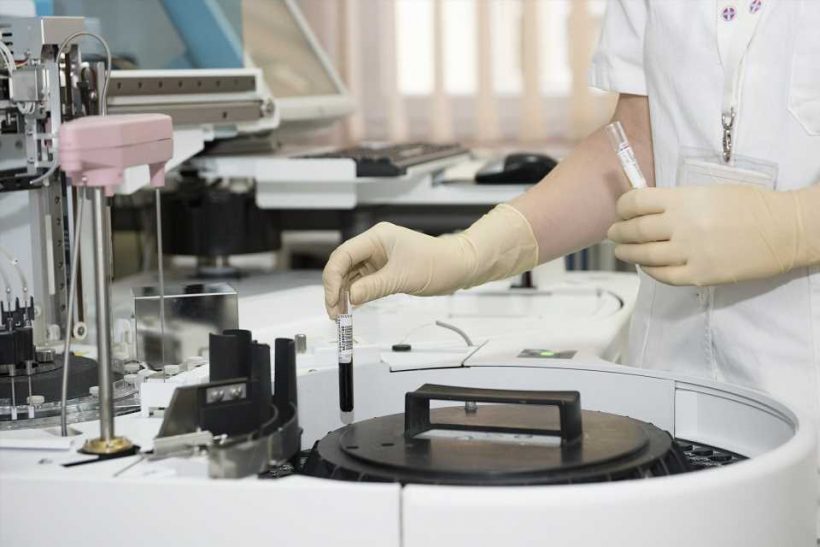 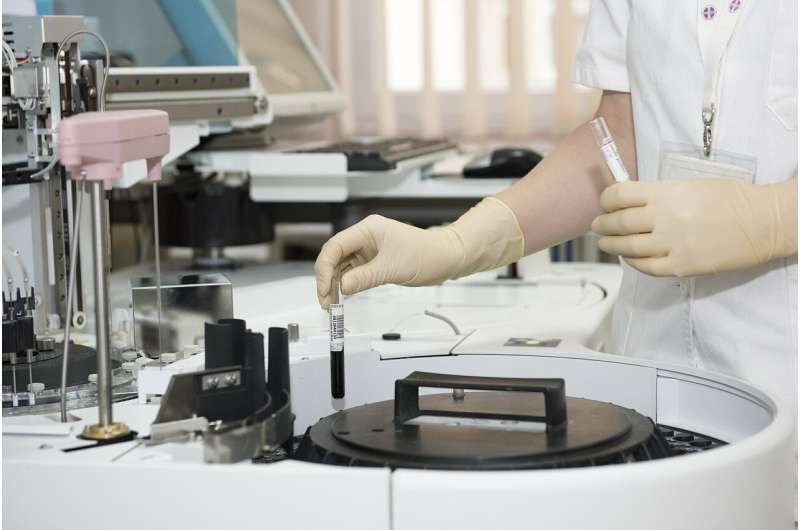 Post-pandemic, there is a historic opportunity to strengthen the NHS and improve health and care for all, according to a new LSE-Lancet Commission on the future of the NHS. The report is the first comprehensive analysis of the initial phases of the COVID-19 response and the main opportunities and challenges facing the NHS.

The NHS is internationally held up as a leading example of universal health care, but in widespread analyses, the Commission highlights how far the health of the UK population lags behind that of other high-income countries. The authors point to comparatively low funding for the health service, as well as the long-standing impact of poorly resourced social care and public health programmes on the health of the nation, driving inequalities, and leaving the NHS poorly placed to pick up the pieces.

The Commission, formed in 2017, brings together 33 leading research, policy, management, and clinical experts from the four constituent countries of the UK. It is published alongside four health policy papers published in The Lancet and The Lancet Digital Health, and an editorial from The Lancet.

The report warns against any further major reorganisation of the NHS, which would be disruptive and fail to deliver the intended benefits. Instead, it argues for building on the common strengths of the NHS, with a focus on investment, integration of existing services, and disease prevention, to improve health and care and reduce widespread inequalities.

“Without concerted action and increased funding, we risk the UK falling further behind other high-income countries in health outcomes and life expectancy, continued deterioration in service provision, worsening inequalities, increased reliance on private funding, and an NHS that is poorly equipped to respond to future major threats to health”, warns co-research lead of the Commission Dr. Michael Anderson from the London School of Economics and Political Science (LSE), UK. “The NHS is under our custodianship and we have a responsibility to current and future generations to secure its long-term survival.”

“For many decades the NHS was the envy of the world, and it remains one of the most comprehensive and equitable healthcare systems in the world. But for the NHS to be truly the envy of the world again, politicians will need to be honest with the public that this will require increased taxation to meet the funding levels of other comparable high-income countries”, says Commission co-chair Professor Elias Mossialos from LSE, UK. “Given the major role of social circumstances in health inequalities, such as housing, employment, education and environment, it is crucial that this extra funding for the NHS and social care doesn’t come from cuts to other public services and welfare budgets.”

The NHS: a leading example of universal health coverage, let down by the erosion of social care and public health

“The NHS has been a world leader for universal health coverage for over 70 years, providing care based on need, not ability to pay, for over 66 million people from cradle to grave”, says co-chair of the Commission Professor Alistair McGuire from LSE, UK. “It was envisioned as one element of a comprehensive welfare system, but decades of costly reorganisations, years of austerity, extreme cuts in funding to social care, and an erosion of public health capacity have widened inequality and left the NHS under-resourced and ill-prepared for the COVID-19 pandemic.”

The COVID-19 response has shown many aspects of the health and care system at its best: health and care workers have responded with outstanding skill and dedication; the innovation in understanding treatments, vaccines, and mobilising the vaccination programme; the way hospitals worked together to expand critical care capacity; and the rapid expansion of remote consultations.

But the events of the past year have also exposed chronic weaknesses in the NHS, including poor coordination between sectors (eg, discharging people with undiagnosed COVID-19 from hospital to care homes), chronic underfunding, a fragmented public health service, and ongoing staffing shortfalls that pose a threat to the delivery and quality of care, particularly within primary care and mental health services. In England alone, there are approximately 200,000 staff vacancies combined across NHS and social care, with one in 12 posts in the NHS and one in 14 posts in social care unfilled.

“During the pandemic, the NHS has struggled in the face of poor decision making by government, including delayed implementation of social distancing measures, poor coordination with local authorities and public health teams, a dysfunctional track and trace system, and a lack of consultation with devolved nations”, says co-research lead Dr. Emma Pitchforth from the University of Exeter, UK.

She continues: “Staff morale is at rock bottom because of real term pay cuts and the relentless workload, and the pandemic will leave a challenging legacy of additional mental health needs, a growing backlog of people waiting for elective care, and extra support needed for those living with the after-effects of COVID-19. The pandemic has also laid bare stark socioeconomic and racial inequalities in the UK, and the catastrophic consequences for health.”

Health of the UK lags behind its European peers, with stark health inequalities

Despite seven decades of universal free health care, improvements in life expectancy have slowed markedly in all four UK nations since 2010, and the health of the population is now lagging behind that of many of the EU15 and G7 countries.

There are also glaring health inequalities in the UK between the richest and poorest and between ethnic groups, particularly for preventable illness. Men in the least deprived areas of England can expect to live 18.6 years longer in good health than those in the most deprived areas, while for women the difference is 17.9 years.

The UK has done well at improving oral health and some chronic diseases like diabetes and kidney disease, compared with the EU15 and G7 countries. But it has not kept pace for many other health outcomes, such as deaths from cardiovascular disease, cancer survival, and infant mortality. The UK is also falling behind in terms of resources, with fewer nurses and doctors per person, and a lower number of hospital beds and medical equipment, than most EU15 and G7 countries.

The authors note that explanations for the UK’s worsening relative performance and widening health inequalities include the squeeze on public finances since 2010 that affected many areas of public policy, particularly cuts in social care services, and the relatively high level of income inequality in the UK compared with other G7 and EU15 countries. Also important is that treatment continues to be prioritised over prevention, with funding for public health continuing to fall relative to NHS funding.

Recommendations for the NHS—looking to 2030 and beyond

Against this background, the Commission draws on evidence from across the UK and internationally, as well as lessons from the pandemic, to set out seven policy recommendation (panel 4) to secure the NHS’ future as a better, fairer health service, and to strengthen its resilience to future health shocks and major threats to health (including an ageing population, the rise of multiple conditions, climate change, and antibiotic resistance). With recommendations to:

2. Develop a ‘spending wisely’ framework to optimise how resources are managed across health and care services at national, local, and treatment levels.

3. Create a sustainable, skilled and fit-for-purpose health and care workforce, coordinated on a UK-wide basis and tied into NHS and social care expenditure plans.

4. Strengthen prevention of disease and disability with cross-governmental action and earmarked funding, and preparedness to protect against major threats to health.

5. Develop and enhance diagnostics and novel routes to diagnosis to improve treatment outcomes and reduce inequalities.

6. Enable the routine use of data to become a health and care system that learns from every patient encounter, generating evidence to promote innovation and better care for individuals and populations.

7. Improve integration across all sectors and providers of health and care services through, for example, strengthening primary care, removing the requirement to promote competition in England, and linking electronic health care records.

Put 1p on income tax, national insurance, and VAT to secure the future of the NHS and social care

In a new analysis of health and care spending projections, the Commission recommends that to achieve the other six recommendations and meet future demand, ensure staff pay keeps pace with average earnings, and to invest in capital to protect against major threats to health, that funding for the NHS, social care, and public health should increase by at least 4% every year in real terms over the next 10 years.

The Commission also calls for an independent analysis of health and care workforce and resource needs to ensure transparency in financial planning.

Alongside this long-term funding commitment, the Commission recommends a one-off injection in social care spending (£3.2 billion in England in 2018/19 terms) and public health (also £3.2 billion in England in 2018/19 terms). This is needed for social care to improve financial protection for the most vulnerable, including making the means test for social care more generous by raising the point at which people have to pay for their own care from £23,250 to £100,000, and introducing a cap on care costs of £75,000. And for public health to reverse cuts in the public health grant, better allocate resources to ensure fairer funding that better matches local needs, and to secure sustained investment in the public health workforce against future threats.

The Commission estimates that to implement all these funding recommendations will cost £102 billion in total in real-terms, or 3.1% of gross domestic product in 2030, that could be achieved with the help of progressive, broad-based general taxation, that is backed by growing public support, and would leave the UK’s tax burden slightly above the average of the G7 countries, but still below the EU15 average.

Based on tax revenue before the pandemic, the report proposes raising personal income tax, national insurance, and value-added tax (VAT) contributions by 1 British pence (1p) each by 2025-26, and increasing personal income tax and national insurance to 2p by 2030-31. The changes would be phased in along with rises to several other, smaller taxes, including corporate and wealth taxes. The authors note that the projections do not include the costs of responding to the pandemic and depend on economic growth.

“This report outlines an ambitious, long-term vision that looks beyond the election cycle”, says Professor McGuire. “Our collective ambition should be as much about preventing ill-health and keeping people healthy as it is about treating people when they are sick. This means the NHS, social care, and public health working in partnership with other public services, civil society, and communities to improve the nation’s health, and deliver a health system that is prepared for future health shocks. The COVID-19 pandemic has shown us that health and national economic prosperity cannot be disentangled, and health must be a key area as we rebuild post-COVID.”