EVERYONE’S BEEN paying much more attention (cough cough COVID-19) to what they’re inhaling these days.

And it made us wonder: As a country, what are we inhaling these days?

Our research team went deep into the data on 100 major U. S. cities and scored each on several sets of data to determine overall lung health.

We assessed the overall air quality of each city, the percentage of residents who currently smoke, the prevalence of pulmonary (lung) disease, and how tough the local authorities are on vaping.

To dig deeper into our research methodology, each city’s air quality, based on unhealthy ozone days and the concentration of particulate matter, accounted for 40 percent of our weighted rankings.

Then, accounting for 20 percent each of our weighted ranking: the percentage of residents who currently smoke, lung-disease prevalence, and vaping bans.

For that last category, vaping bans, we assigned a score based on where full or partial vaping bans exist (if at all), including food-service establishments, schools, prisons, and childcare settings.

In full transparency of our sourcing, here are the organizations and institutions from which we pulled our data: the Centers for Disease Control and Prevention, the Environmental Protection Agency, Robert Wood Johnson Foundation, American Nonsmokers’ Rights Foundation, the Public Health Law Center, American Lung Association, and state, city, and county health records.

So, yes, we did our homework. And then, after all the smoke cleared, these emerged as the best (and worst) cities for your lungs.

San Fran breathes easy. Its residents have one of the lowest rates of asthma, as well as the second-lowest incidence of other pulmonary diseases, such as COPD. You can credit, in part, Breathe California, an organization that fights for smoke-free protections, smoking-prevention efforts, clean-air policies, and lung health education for children and teens. It’s been around, in some form, since 1908.

It’s no surprise Honolulu landed in second place, since it’s first in air quality. The American Lung Association’s 2020 State of the Air report stated Honolulu as having some of the cleanest air in the country. Their low particle pollution and the fact that they had zero unhealthy ozone days were big contributing factors. Both ozone and particle pollution can lead to some scary pulmonary issues, like lung cancer.

You might be able to credit Minneapolis’s rank to the high tax the state puts on tobacco products, which includes e-cigarettes. It’s the highest percentage of all 50 states, according to Mitchell Hamline School of Law. After the state started the increased tax in 2013, the Minnesota Department of Health saw a 10 percent decrease in adult smokers.

In 2012, North Dakota adapted the Smoke Free law, banning smoking—including vaping—from all enclosed public places and within 20 feet of entrances, windows, and the like, of those public areas. Plus, Fargo had strong air quality and asthma scores. With the American Academy of Allergy, Asthma & Immunology citing that air pollution is linked to asthma, and research showing asthma may lead to lung cancer, which makes this city a good place to breathe.

Madison had one of the lower current smokers percentages in our assessment—with 13.9 percent. Maybe that’s because Wisconsin’s Department of Health Services starts in school, educating youth on the dangers of smoking and encouraging them to prevent one another from starting. In 2000, Madison dropped their high school smoking rate from 33 percent to 8 percent and middle school smoking rate from 12 percent to 1 percent. Because a smoking habit begins in middle or high school, these numbers indicate that the state’s efforts to cut down on smoking seem to be making a lasting effect.

Just 10.2 percent of Seattleites smoke. For comparison, in Indianapolis, which placed 92nd out of 100 in our rankings, 22 percent of people smoke. Washington state banned smoking in indoor public spaces in 2005 (and, yes, this now includes weed). And to further deter nicotine users, a 2020 state law (passed months before the federal statute) raised the legal age to purchase cigarettes and vape products from 18 to 21. You go, Washington. 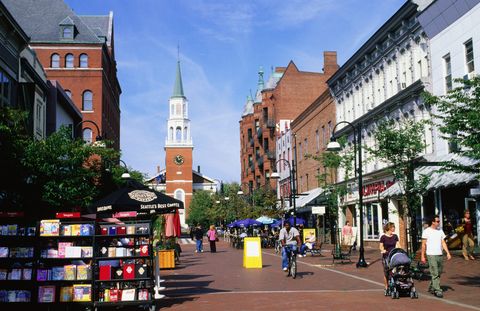 This city joins the 10 least smoky cities for the same reason as Honolulu: air quality. Burlington landed in second place in our air quality rankings, landing in the top four cities with best air quality in the 2020 State of the Air report for the second year in a row. We don’t doubt that it’s the high number of electronic car owners that contributes to this ranking. More than 85 percent of Vermont communities have electronic cars. Because electronic cars produce zero tailpipe emissions, they’re helping contribute to those low particle pollution numbers. 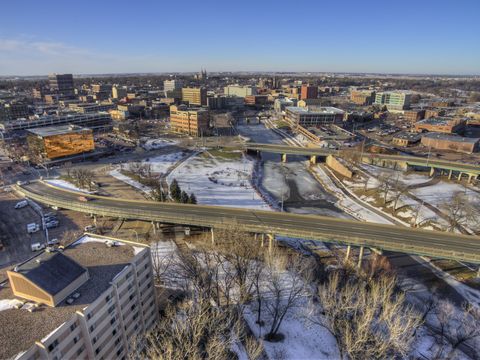 Their residents scored well on a low lung disease score—maybe because Sioux Falls’ Live Well website, which offers resources for quitting smoking, including the South Dakota Quitline. This service features a call line with a coach or an option to get two weeks of nicotine replacement patches, gum, or lozenges—for free.

One of the reasons San Jose is so high on the list is because it ranked third lowest in lung disease. It probably helps that the Interventional Pulmonary Program from Stanford is housed in San Jose.

Portland’s place in our top 10 could be of its smoking ban in gambling locations. With six casinos and gaming clubs in and around Portland, that ban affects the workers, who, The American Nonsmokers Rights Foundation cites, are at greater risk for lung and heart disease due to second-hand smoke.

The Motor City doesn’t have the worst air quality. But 28.9 percent of the population smokes—the highest of all the cities we assessed. The only places you can’t vape: in court and on properties or transportation used for childcare. Quitting both smoking and vaping is still the most important step you can take to improve your lung health right now, according to Johns Hopkins Medicine.

This article originally appeared in the November 2020 issue of Men’s Health.