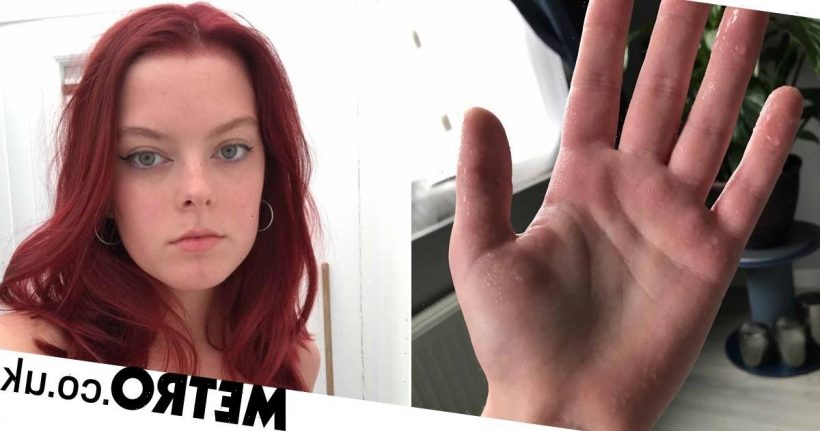 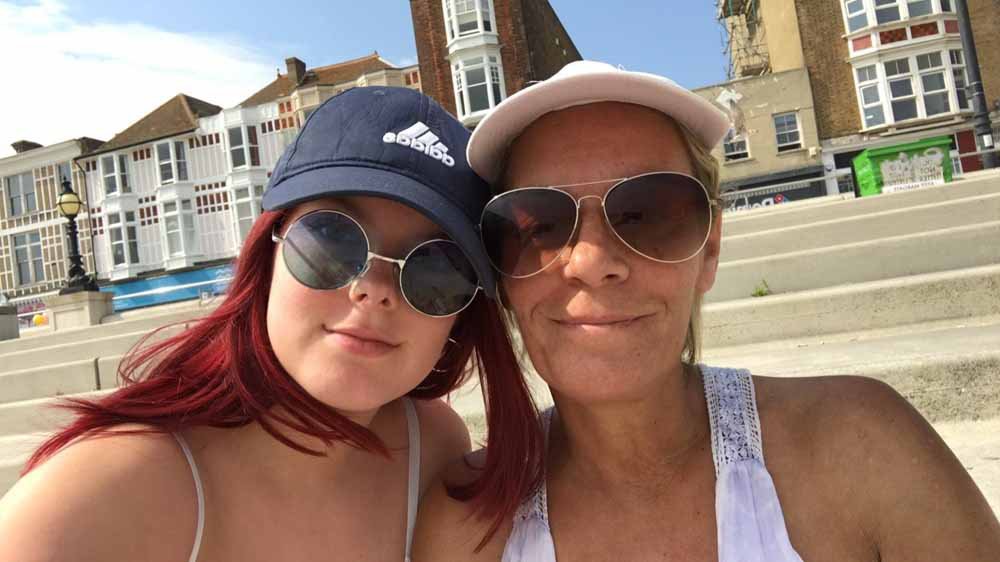 When most of us think of Botox, we think of it being injected into faces to reduce the appearance of wrinkles.

Laila suffers with palmar and plantar hyperhidrosis – a condition causing unbridled sweating – and the perspiration is so excessive she can barely hold a pen.

Delighted when she landed a place at Kingston University London to study criminology in 2021, aspiring forensic psychologist Laila has now had to put her education on hold due to the condition (alongside other chronic illness symptoms).

She’s now fundraising for Botox to reduce the sweating, in the hope she can get back to normal life without hyperdidrosis holding her back.

The teenager, who lives in Forest Hill, south east London, with her mum, Claire, 54, a trained florist, has launched a GoFundMe page for the injections in her hands and feet, after discovering how effective a treatment it can be.

Laila said: ‘I’ve read that getting Botox in my hands and feet could reduce the sweating by up to 80%. That would be completely life changing for me.

‘I am hoping to return to my studies through the Open University in October and the last thing I want to be worrying about is excess sweat dripping onto my notes.’

She says her symptoms first became apparent in primary school, when she noticed she was perspiring more than her classmates.

‘It can be very embarrassing and I’ve been struggling to keep on top of it for nearly 10 years,’ said Laila. ‘I think it’s something I have had all my life, but I didn’t really become aware of it until primary school, probably around the age of six.’

The condition tends to start off mild and get worse with age, peaking at around 18. For Laila, things became an issue around nine or 10, and continued getting worse during her studies.

Laila said: ‘I really started to struggle in secondary school, as my hand would be so sweaty and trying to write essays was a nightmare.

‘I would pull my sleeve over my hand to write, but I found it very difficult.’

Despite receiving her diagnosis and having various treatments including electrotherapy – which involves applying an electric current to the affected area – Laila did not see any improvement.

She said: ‘Nothing seemed to work and I don’t know how I got through my GCSE exams.

‘I had a word with the school about it ahead of the exams, but they were only able to give me a few tissues on the day which didn’t really help.

‘When I’m at home, I carry a hand towel around with me because otherwise, even holding things like pans and knives in the kitchen can be tough.’

During her schooldays, Laila did not tell any of her friends about her condition.

So far, she has found the best way to stem her sweating is by making herself as cold as possible, but adds that it can still be an embarrassing condition: ‘I hate having to shake hands with people and sometimes people notice sweat dripping onto my paper when I’m writing.

‘With my feet I have to change my socks and footwear multiple times a day and I’m restricted to wearing trainers. I can’t wear any other footwear, even in the summer when I’d love to wear sandals or heels if I’m going somewhere nice, but can’t because of my sweating.

‘It’s something that, over the years, I’ve had to learn to deal with, but it’s not very nice.’

To add to her problems, in October 2021, Laila was diagnosed with chronic fatigue, which combined with her sweating to make it too difficult to continue with her university course, so she quit.

Desperate to find a cure, Laila started researching alternative treatments and discovered fellow sufferers who said Botox had really helped. Sadly, costing around £1,000 per treatment, Botox is far too expensive for Laila, whose mum is not working at the moment either.

She said: ‘It’s way out of my price range. I would likely need it topping up every three months and I can’t even afford one treatment.

‘It’s offered on the NHS but the waiting list is 18 months, so I’m hoping to have some Botox before then if I can raise the funds.

‘If I can get even one treatment of Botox before I start university it will make me feel so much better and less anxious about things like typing or writing out notes for my lectures.

‘I have been dealing with the social embarrassment of this condition for nearly 10 years. I don’t want to live like this any longer.’

To donate or find out more about Laila’s condition, visit her GoFundMe page.