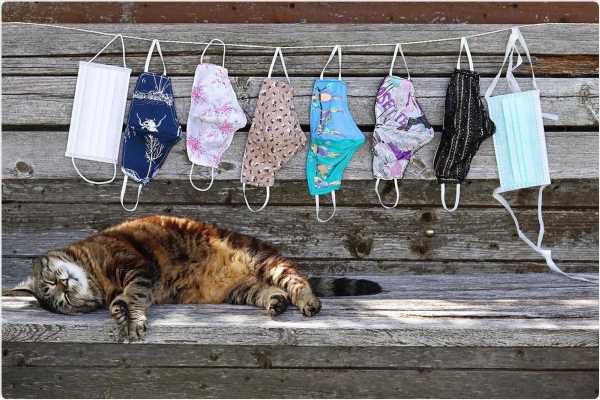 Severe acute respiratory syndrome coronavirus 2 (SARS-CoV-2) is hurting our loved ones — even those that walk on four legs. Researchers from the University of Pennsylvania documented the recovery of an 11-year old indoor housecat living in Delaware who first presented to the veterinary hospital after experiencing distressing gastrointestinal symptoms. 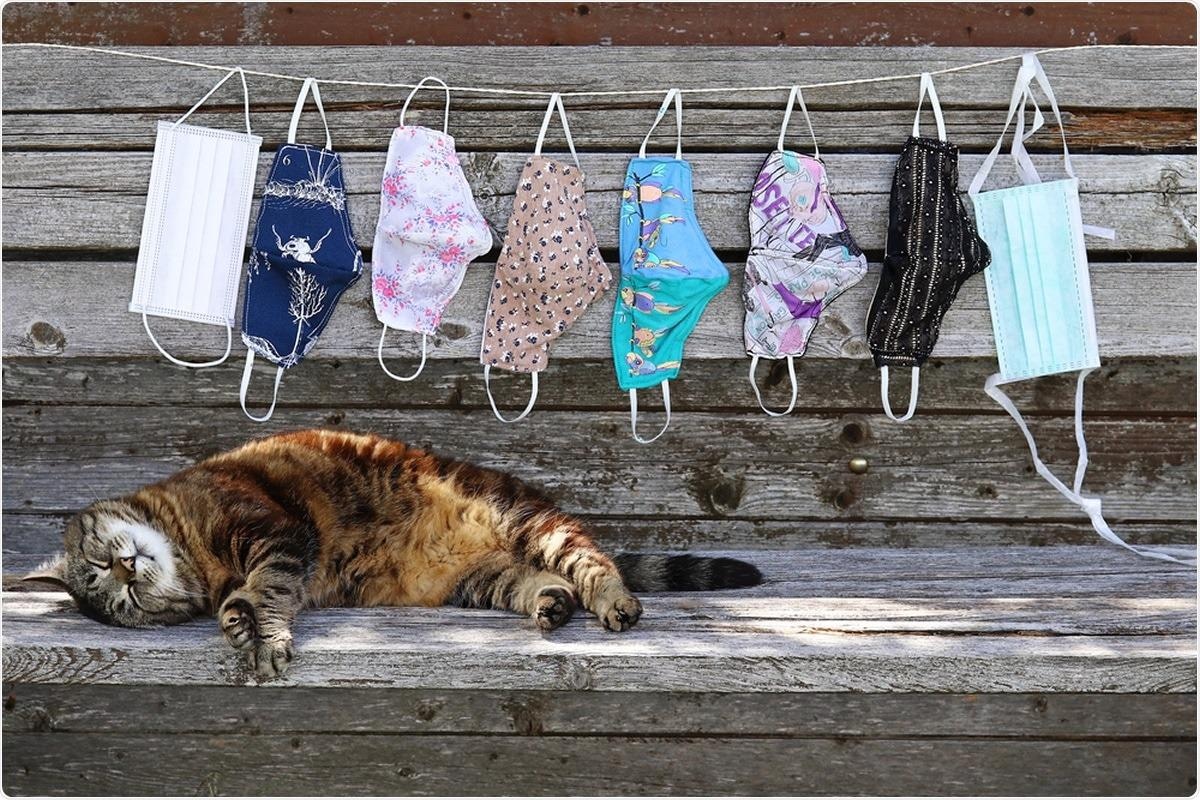 Doctors identified the first case of feline COVID-19 infection from the AY.3 Delta variant through fecal samples. The variant had previously been reported in humans and one domestic dog. The cat’s infection was traced back to exposure to an infected human. The study provides further evidence of how the Delta variant is spreading to animals and the urgency to see how the virus potentially evolves while in a non-human host.

“Since domestic felines can support relatively efficient replication of SARS-CoV-2 viral genomes similar to those that infect humans, can transmit SARS-CoV-2 viruses to naïve conspecifics, and frequently have a high degree of contact with humans, they have the potential to become an enzootic reservoir for the virus,” wrote the researchers. “This highlights the need to closely track SARS-CoV-2 variants of concern in domestic house cats to better understand the intertwined nature of animal and human health in this global pandemic.”

A curious case of COVID in a cat

An 11-year old indoor-only female cat arrived at the University of Pennsylvania School of Veterinary Medicine after several days of having anorexia, lethargy, soft stools, and vomiting. The cat was around an owner who had tested positive for SARS-CoV-2 one week before the cat started showing symptoms but had promptly isolated from the cat and family members. The cat was isolated from the owner for 11 days and cared for by another person who repeatedly tested negative for SARS-CoV-2.

The cat was immunocompromised with a prior history of presumptive chronic enteropathy and hypertrophic obstructive cardiomyopathy. The cat managed the conditions with a hydrolyzed protein diet and a beta-blocker called atenolol.

The vets found the cat’s heart rate, respiratory rate, and temperature were normal. The cat’s lungs also sounded normal. However, she showed discomfort with abdominal palpation. 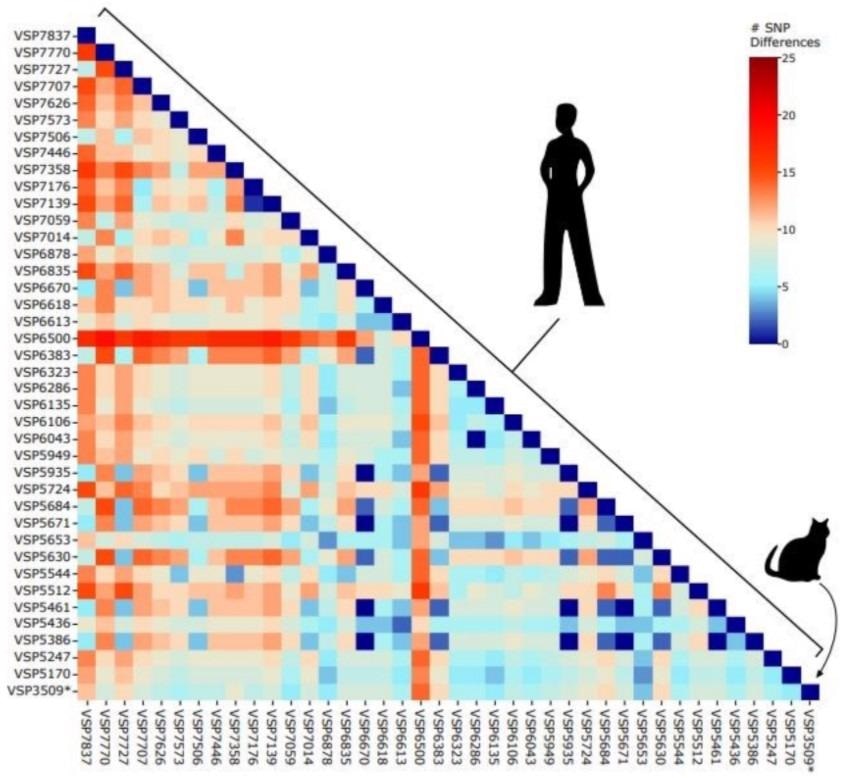 Pairwise distances between AY.3 sequences in the Delaware Valley. Included are the feline-derived sequence (VSP3509) and human-derived sequences. The number of SNPs separating each pair of lineages is shown by the color code (key to the right of the figure).

A genetic analysis traced the virus infecting the cat to the Delta variant lineage AY.3. The cat fecal samples showed a total of 45 mutations. While the AY.3 variant in the cat had similar mutations to the AY.3 genetic sequences in humans, some mutations were unique to the cat.

After sequencing more than 4,200 human samples of the AY.3 variant living in the Delaware Valley in Pennsylvania, the researchers found 10 single nucleotide polymorphisms that appeared in only 5% of the samples. Additionally, 7 of the 10 single-nucleotide mutations were silent mutations. The three non-silent mutations included an I3731V mutation in the Nsp6 protein, the N2426T mutation in the Nsp16 protein, and a D80N mutation on the spike protein.

Compared to humans with the AY.3 sequence, the viral sequence in the cat had a difference of 4 to 14 single nucleotide polymorphisms.

The researchers point out that at the time of their study, another cat living in Virginia had also become infected with the AY.3 Delta variant but the findings had not been published yet. However, when comparing the genome of both cats, the team observed a difference of four SNPs.

Phylogenetic analysis confirmed the genetic sequence obtained from the cat in Pennsylvania and the cat in Virginia are divergent from human sequences of the AY.3 variant. Based on the findings, the researchers suggest the unique single nucleotide polymorphisms in cats is evidence that the feline AY.3 variant is more distant on the phylogenetic tree. These mutations may be exclusive to cats but more research is needed to confirm this theory.

Jocelyn Solis-Moreira graduated with a Bachelor's in Integrative Neuroscience, where she then pursued graduate research looking at the long-term effects of adolescent binge drinking on the brain's neurochemistry in adulthood.