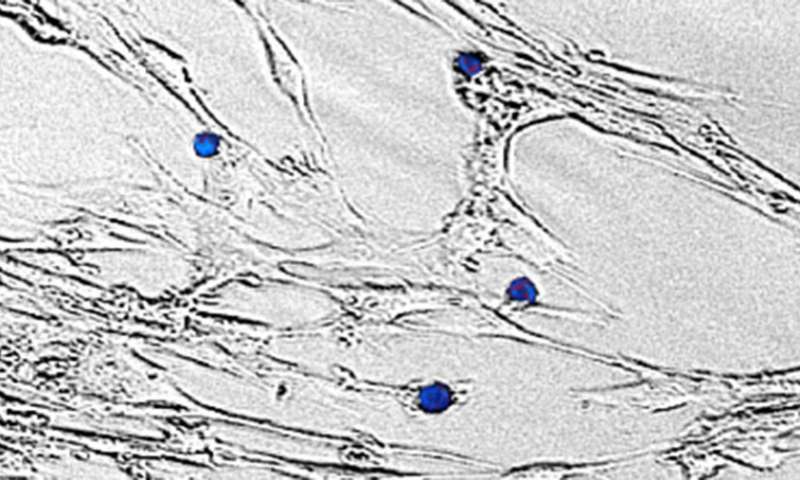 Graft-versus-host disease (GvHD) is a potentially life-threatening medical condition that is common after allogeneic hematopoietic stem cell transplantation, the only curative treatment for various types of leukemias. In GvHD, white blood cells from the transplant donor recognize recipient cells as non-self and attack recipient tissues. Understanding how these donor white blood cells remain active against recipient cells can pave the way for novel treatment strategies in GvHD.

A research project led by Professor Satu Mustjoki at the University of Helsinki investigated the role of T cell mutations in GvHD. Somatic or so-called acquired mutations are common in cancer cells, but little is known about them and significance in other cells, such as cells in the body’s defense system.

Published in the journal Nature Communications, the study first identified an index chronic GvHD patient with an activating somatic mutation in a gene called mTOR, which regulates cell growth and cell survival.

“What makes our finding particularly significant is that the mutation now found was recurrent, meaning that the same mutation was found in several patients with chronic GvHD,” says professor Satu Mustjoki.

“Our previous studies in rheumatoid arthritis had shown that acquired mutations could be found in T cells, but in these studies, the mutations had been isolated and the same mutations had not been found in more than one patient.”

Using single-cell RNA sequencing and T cell receptor sequencing on samples collected from the index patient, the researchers found that the mTOR-mutated CD4+ T cell clone expanded during the course of GvHD despite immunosuppressive treatment, suggesting the mutation contributed to the disease pathogenesis.

In addition, it was found that the mutation was located in so-called cytotoxic T cells, and these cells were able to damage the body’s own cells. Researchers also investigated the mTOR mutation in more detail by introducing it into a human cell line. The activating mTOR mutation promoted cell proliferation and cell survival.

The researchers performed a high-throughput drug screen with 527 drugs to identify potential targeted therapies. The index patients’ CD4+ T cells were sensitive to a specific class of drugs called HSP90 inhibitors, suggesting that these drugs could be used to treat GvHD in the future.

“Our study helps to understand the mechanisms of activation of the immune system in GvHD. Although several different drug combinations have been tried in the treatment of GvHD, using our results, it is possible to find individualized treatments for patients,” says doctoral candidate Daehong Kim from the University of Helsinki.