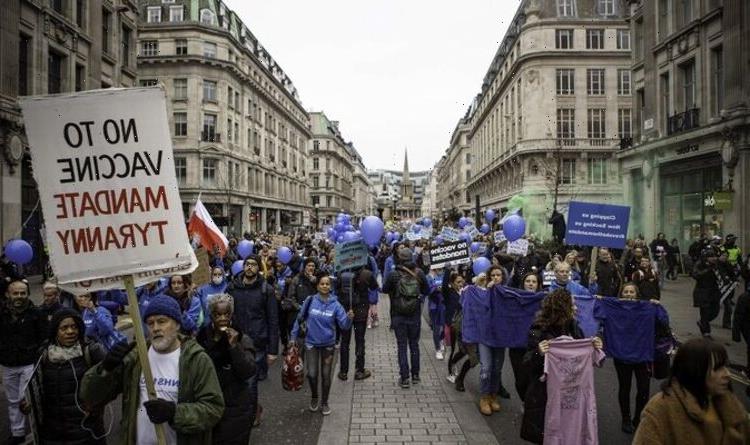 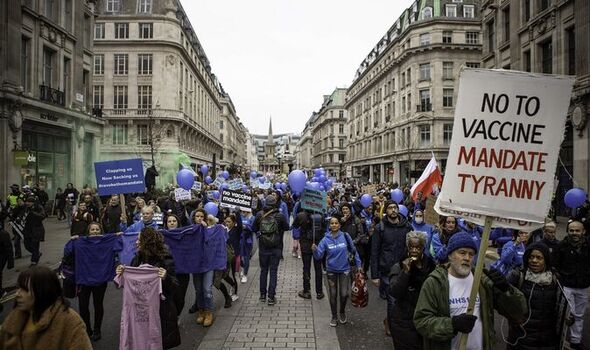 Professor Marcantonio Spada, a professor of mental health and addictive behaviours at London South Bank University, has co-authored a study which shows nearly half of the UK population developed “moderate to severe” anxiety and depression during the pandemic. Prof Spada said the message of fear pumped out, with the constant relaying of daily death figures and intermittent mixed messages of the threat posed, is likely to have contributed to the UK having the highest level of psychological distress of six leading nations.

And he said these coping mechanisms – which include those mandated by law, such as wearing masks or staying home – have now become entrenched among many Britons, who need to be weaned off them.

The study, which involved 5,000 respondents across UK, Italy, America, Germany, Sweden and China, and jointly carried out with Imperial College, London, and Kingston University, found 47 per cent of UK respondents suffering “moderate to severe psychological distress”, compared with 42 per cent of Italians, 40 per cent of Americans, 33 per cent of Germans, 32 per cent of Swedish people and just 19 per cent of Chinese respondents.

Pre-pandemic, around 15 per cent to 20 per cent of these countries’ populations would be expected to experience such distresses, including disturbed sleep, difficulty concentrating and relaxing, depressive thoughts and lulls in energy.

The survey took place in March 2021, a year after the pandemic was declared.

He explained that the UK and Italy were hit hard by the virus and had initial high death rates, compared with other countries such as Germany and Sweden.

Prof Spada said the UK and Italy also had “extreme and repeated lockdowns, and the messaging campaigns may have been more catastrophic, making no distinction, for example, by age in terms of risk”.

“It was simply the number of deaths per day.” He added that fear, social isolation and prospective economic hardship created a triple whammy which fed the crisis, particularly in the UK and Italy, and also the US.

Yet perversely, across the nations surveyed, it was not the elderly and those at greatest risk who experienced most anxiety and depression but young people, women, the university educated, unemployed and students.

Prof Spada said: “It raises the question as to whether we fuelled this excessive worry about the virus, inadvertently or not. I think that the fear-based campaigns we had in the UK played a significant role in the development and maintenance of worry about Covid. My concern remains that many of the worry-based behaviours acquired through the pandemic, such as masking, avoiding taking public transport and checking the news or one’s health status, may be difficult to let go of, even in the face of little objective risk from Covid.”

He warned the distress caused by the pandemic might help trigger other mental health problems in the future, particularly in young people, such as health anxiety and obsessive compulsive behaviours.

“We need to help people return to normal by gradually abandoning the worrybased behaviours acquired during the pandemic, especially those that keep us isolated from others,” said Prof Spada.

“The sooner we do this, the more likely the collective prognosis for mental health will improve. Indeed the last thing we want is further aggravation to the mental health of our nation, a war, a cyber attack, another illness, or terrorism.

“We need to ensure a period of stability now. Otherwise, mental health services will be totally overwhelmed.”