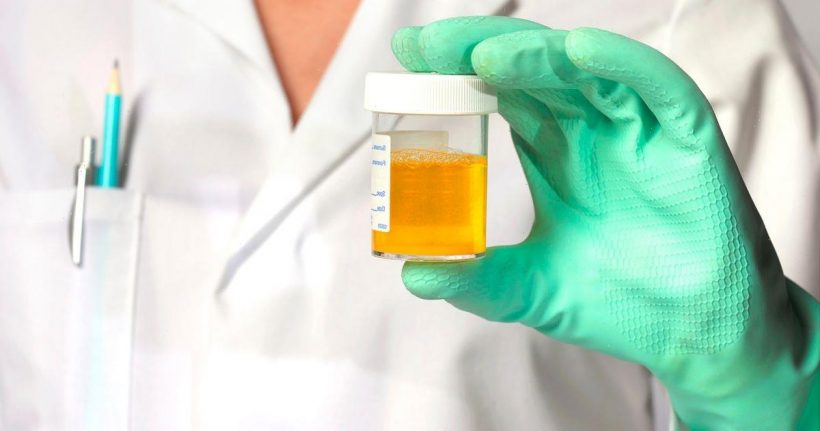 Keeping an eye on the colour of your pee is always advised as it indicates the health of your body.

Generally speaking, the clearer your pee is the better as this indicates a healthy kidney function. A darker colour, on the other hand, could indicate that there is something seriously wrong with you.

In most cases, dark coloured urine simply means you just need to drink more water, and it is especially important to pay attention to this in the summer months when you are more likely to suffer from dehydration.

On average, we should be drinking around six to eight glasses of water a day, but of course that can go up depending on how much water you lose to sweating due to high temperatures of physical activity.

READ MORE: New 'Shades of Pee' spectrum helps you realise just how dehydrated you really are

According to research presented by Highland Spring, around 7 in 10 people who are aged between 25 and 34 are not drinking enough water as they describe their pee colour as dark.

Remaining dehydrated could lead to headaches, heat exhaustion and heat stroke in both old and young people.

Speaking toTena, Dr John S. Young, Associate Professor in Urology, said your pee should ideally be a pale straw colour, adding that if it is dark yellow, it's a sign you should increase your water intake.

He also discussed what more unusual pee colours say about your health and when it might be time to seek medical attention.

When your pee is red, it could be because of a certain medication you are taking. This is a common side effect of rifampin, an antibiotic used to treat tuberculosis, or phenazopyridine, which is used as a painkiller for those suffering from a urinary tract infection. Laxatives could also have the same effect, Dr Young said.

Certain medications such as Amitriptyline, Indomethacin and propofol can give your pee a blue or green hue. Dr Young also explained that blue urine could be a sign of “excessive calcium levels caused by a genetic condition called familial benign hypercalcemia, or of a UTI caused by a type of bacteria called pseudomonas."

According to Dr Young, medications such as nitrofurantoin, used to treat bladder infections, and methyldopa, used to treat high blood pressure, can turn your pee black or dark brown, as can chloroquine, which is used to treat malaria.

If your pee is red or brown, you may have some kind of medical issue that is causing blood to enter your urinary tract. This can be because of infection, kidney stones, stones in your bladder, painful bladder syndrome, cancer, or interstitial cystitis, as well as other potential causes.

Liver disease could be causing your pee to turn orange, according to Dr Young. A problem with your bile duct could also be the culprit behind your pee turning orange.

A rare genetic condition called alkaptonuria could be turning your pee purple, Dr Young said. This condition leads to an accumulation of homogentisic acid in your urine, turning it purple, he explained.

Smelly urine is a sign that you might have a urinary tract infection, whereas foamy urine indicates that protein may be present in your pee, which is a tell-tell sign of kidney disease.