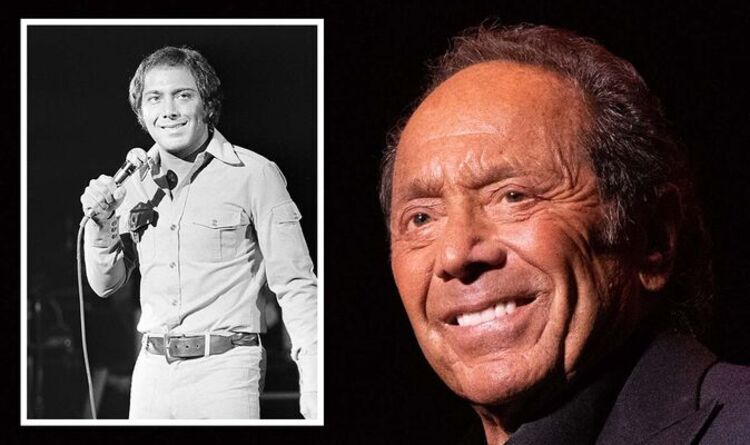 NHS doctor on the dangers of smoking in 2020

Paul Anka, 80, has had a wholesome music career. He has built his own gargantuan legacy with songs like Put Your Head On My Shoulder and worked with dozens of legendary pop icons from the last century including Frank Sinatra, Michael Jackson, Tom Jones and Dean Martin – many of whom he has outlived. In recent years, Anka has spoken openly about why he has lived longer than his contemporaries.

The star had always dreamed of hanging out with the ‘Rat Pack’, consisting of Frank Sinatra, Dean Martin and Sammy David Jr.

He finally got the chance as a 19-year-old to experience the “hot chicks, champagne on ice, gold-plated pink Cadillacs, sharkskin suits” that came with rolling with the Rat Pack.

But decades later, in 2013, the star recalled how his time with the crew had put him off living unhealthily.

“With all the Rat Pack experience, I came away from it not being a heavy smoker or drinker because I saw what it did to them,” he told the American ageing charity AARP.

In an article in the Daily Mail, Anka exposed the excesses of the Rat Pack, which included heavy drinking and gambling sessions.

He wrote: “After our shows, he’d lead Rat Pack drinking and gambling sessions until 4am or 5am, which wreaked havoc on our voices.”

In the end, Sammy David Jr died aged 64 in 1990 from throat cancer, while Dean Martin died from acute respiratory failure aged 78 in 1995, and Sinatra from a heart attack three years after Martin aged 80.

Anka, on the other hand, is still active and healthy, and has even become a sensation on the social media platform TikTok.

“Eating properly and exercise, and mentally keeping myself in the right place with the right kind of pressure: It’s worked for me,” Anka told AARP.

“I’ve been protective of my body for the last 40-some years. If you do that, and stay active, you got a shot at having a real, unfettered life, and keeping the brain working.

“I’ve seen too many guys retire, even Frank, and they sit around counting their money and they just die.

“They throw dirt on you if you stand still, and I’ve been afraid of that. I just keep moving and doing what I’m doing.”

The star also said he was “fortunate enough” to do something he loved.

One study, published in Psychology of Wellbeing, found that having a passion–an activity which people find important and are willing to invest time into, led to “psychological well-being”, while preventing “ill-being”.

Anka said: “If you’re fortunate enough to do something that you do love, if you have a passion, then you’re never working a day in your life.

Quitting smoking, as Anka did, is known to lower your risk of cancer, heart disease, strong and emphysema, as well as a host of other benefits.

According to the NHS, men who quit smoking at the age of 60 add an average of three years to their life.

“Being smoke-free not only adds years to your life, but also greatly improves your chances of a disease-free, mobile, happier old age,” the health body states.

There are local services which can help you to stop smoking.

The NHS has a local Stop Smoking Service finder you can use to find your nearest service for professional help.