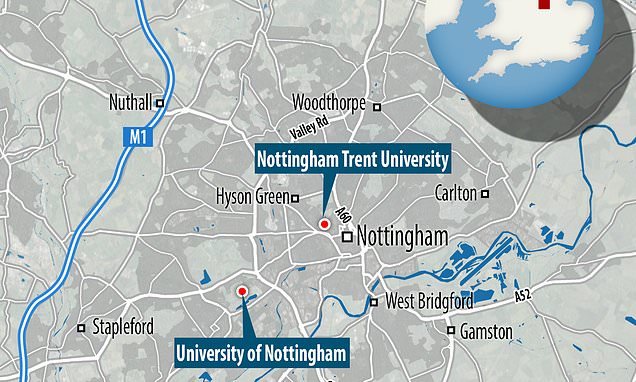 A mumps outbreak is happening among students at two universities in Nottingham, health officials have confirmed.

More than 220 people are already believed to have been infected with the virus, which can trigger deadly meningitis if it spreads to the brain.

Public Health England has said young people who weren’t vaccinated as children are most ‘vulnerable’ to the infection. 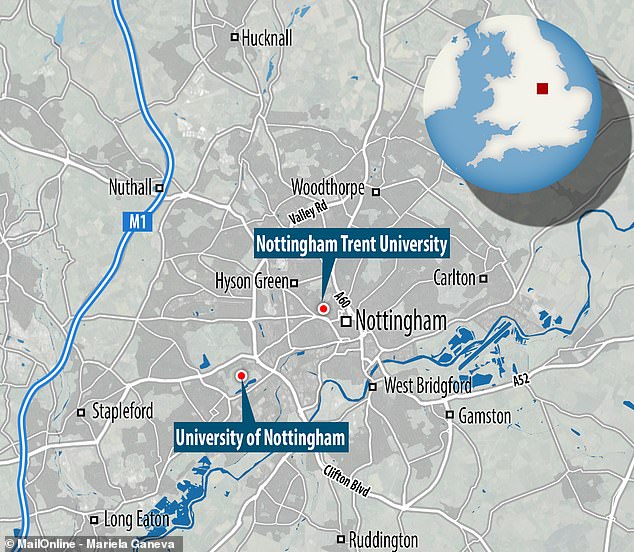 Nottingham Trent University and the University of Nottingham have had 40 confirmed cases so far, the BBC reports.

PHE East Midlands is advising teenagers and young adults to protect themselves from the virus by getting the MMR jab.

The organisation’s Dr Vanessa MacGregor said: ‘We have seen a rise in the figures recently and teenagers and young adults who have not had two doses of MMR vaccine are particularly vulnerable.

‘That is why we are working closely with Nottingham Trent University to inform students about mumps and to explain why vaccination is important.

‘School leavers and other young adults who have not received the MMR or only received one dose should ensure that they take up the offer of MMR vaccination.

‘However, it’s not just students who are at risk and we would urge everyone who hasn’t received two doses of MMR vaccine to do so. MMR also gives immunity to measles and rubella.’

Mumps is a viral infection which spreads in a similar way to colds and flu.

It often just causes a fever and swollen glands in the sides of the face and passes without causing any more serious symptoms.

But in some patients it can trigger more serious illness such as swelling of the vital organs. There is no treatment and therapy is based on relieving symptoms.

A spokesperson for Nottingham Trent University said: ‘Our GP practices have noticed a number of potential cases of mumps.

‘We have informed Public Health England and continue to support those who have been affected.

‘If any students have any symptoms of the illness we would encourage them to visit their GP as they would do normally and inform a relevant member of staff on their course if it has an impact on their studies.’

A spokesperson for The University of Nottingham said: ‘We have been alerted to a number of suspected cases of mumps by our colleagues at Cripps Health Centre on University Park campus and are working closely with Public Health England to monitor the situation.

‘We are encouraging students with any symptoms of illness to visit their GP as normal and staff in our halls of residences have been made aware and are ready to support affected students with any concerns related to their health or studies.’