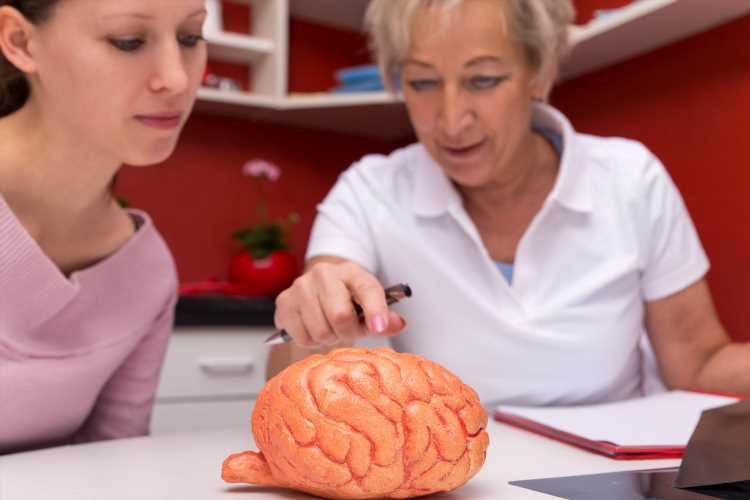 Multiple sclerosis (MS) is a disease that affects the central nervous system: the brain and spinal cord. In MS, the body's immune system mistakenly attacks myelin, the protective coat surrounding nerve fibers. The destruction of myelin leads to "sclerosis," or the formation of scar tissue. It also impairs the ability of nerve cells to transmit signals in the form of electrical impulses.

MS is an autoimmune disorder. That means that "for some reason, your immune system is acting incorrectly and it becomes intolerant to its own central nervous system," said Dr. Karen Blitz, director of the North Shore-LIJ Multiple Sclerosis Care Center in East Meadow, New York.

It's not known what causes this condition, which can take an unpredictable and varying course among patients. People with MS can experience a variety of neurological impairments related to the functioning of the brain and spinal cord. This includes problems with vision, muscle control and sensory issues in the limbs, according to the U.S. National Library of Medicine.

MS affects 400,000 Americans and about 2.5 million individuals globally, according to the National Center for Complementary and Integrative Health. Patients are typically diagnosed between ages 20 and 40, and the disease tends to affect women more often than men.

Diagnosing MS is often difficult and requires clinical detective work. "We get a history from the patient, we examine the patient, and then we do some testing," Blitz said. Looking at symptoms or test results by themselves cannot conclusively point to MS, according to the National Multiple Sclerosis Society.

An MRI identifies scarring or lesions in the brain and spinal cord. One of the key aspects of diagnosing MS is to determine whether nerve damage is present in more than one spot, and whether that damage occurred at different times. In 2017, the International Panel on the Diagnosis of Multiple Sclerosis published new guidelines — The Revised MacDonald Criteria — on the use of MRIs and cerebrospinal fluid analysis for speedy diagnosis of MS.

Blood tests may be done to rule out diseases that can mimic MS. "There are many such diseases, but some examples include Lyme disease, vasculitis, thyroid dysfunction, B12 deficiency and migraine headaches," Blitz said. "Then you put all these pieces together to come up with a clinical diagnosis."

Symptoms of MS can differ in each patient, depending on which nerve fibers are affected. According to the Mayo Clinic, the symptoms include:

Each patient's MS symptoms may progress differently. Patients usually face one of the four following disease courses, according to the U.S. National Library of Medicine:

Relapsing-Remitting: Marked by attacks of MS symptoms (relapses), followed by periods without symptoms (remissions). The attacks do not worsen over time. About 80% of patients are diagnosed with relapsing-remitting MS.

Secondary-Progressive: After about 10 years of experiencing relapsing-remitting MS, the pattern can change into secondary-progressive MS. The attacks progressively worsen, with no periods of remission.

Primary-Progressive: This is the second most common form of MS. With no relapses or remissions, this type is marked by constant and steadily worsening symptoms. About 10-20% of patients have primary-progressive MS.

While most MS patients experience one of the disease courses listed above, fulminant MS is another rare form of the disease, which mostly affects children and young adults, according to Cedars-Sinai. It is similar to remitting-relapsing MS, but progresses very rapidly.

Anyone can develop MS. While there is no known cause, according to the Mayo Clinic, several factors may increase the risk of developing the disease. These include:

For people who have MS, certain lifestyle factors have also been linked to the outcome of the disease. For example, people with MS who smoke are more likely than nonsmokers to develop a more severe form of the disease, Blitz said. Additionally, "there is good data now that exercise is another piece of the puzzle," she said. Patients who exercise seem to do better than those who don't.

The cause of MS is unknown and there's no cure for the disease. However, there are a number of treatments and medications available to treat the symptoms and disease progression. Several FDA-approved drugs can slow the course of MS, reduce the number of relapses and help manage major symptoms. Here are the most commonly used ones.

Corticosteroids: These reduce inflammation associated with relapse and are the most common MS drugs, according to the Mayo Clinic. Oral prednisone and intravenous methylprednisolone are two corticosteroids used.

Interferons: These medications slow the progression of MS symptoms, though they can result in liver damage. Examples include Betaseron, Avonex and Rebif (none of which comes in the generic form).

Glatiramer: Also known as the brand name Copaxone, this IV drug can hinder the immune system's attack on myelin. Side effects can include shortness of breath and flushing, according to the Mayo Clinic.

Natalizumab: Also known as Tysabri, this is used if other drugs don't work or aren't well-tolerated. It impedes potentially damaging immune cells from migrating from the blood to the central nervous system.

Mitoxantrone: Also known as Novantrone, this immunosuppressant is typically used only in advanced MS because of risks to the heart.

For MS sufferers who find it difficult to tolerate the side effects from injections, or who want the convenience of a pill, there are three oral medications approved by the FDA: Tecfidera (dimethyl fumarate), Aubagio (teriflunomide) and Gilenya (fingolimod).

Other MS therapies manage symptoms or address disabilities caused by the condition. Physical and occupational therapists can demonstrate flexibility- and strength-increasing exercises as well as the use of adaptive devices that help patients perform daily tasks, according to the Mayo Clinic.

According to the National Center for Complementary and Integrative Health, some complementary health practices can help to ease MS symptoms. For instance, yoga and tai chi can help with improving fatigue and mood. THC and cannabinoids may help with spasticity and pain. Marijuana-derived medications are not approved by the FDA at this time. However, Canada and some European countries have approved Sativex, a prescription mouth spray for muscle control.

In 2018, the FDA approved the use of ocrelizumab to treat both relapsing-remitting and primary-progressive MS. In clinical trials, it was shown to significantly slow disease progression in both forms. In MS patients, B-cells (a type of white blood cell) have been shown to accumulate in lesions, or areas of scarring. The drug, which is an antibody, targets and destroys specific types of B-cells in the body.

As of January 2019, other promising drugs are in late-stage clinical trials, according to a 2019 review published in the journal Lancet. Ibudilast is a drug for the treatment of progressive MS. In Phase 2 trials it reduced the rate of brain atrophy by about 48%. Researchers are also conducting clinical trials with pediatric MS patients to test drugs approved for use in adults.

The review reported that much of current research on treating MS is focused on identifying new biomarkers for the disease, particularly those that can indicate the degeneration of neurons.

This article is for informational purposes only and is not meant to offer medical advice. This article was updated on May 24, 2019, by Live Science Contributor Aparna Vidyasagar.