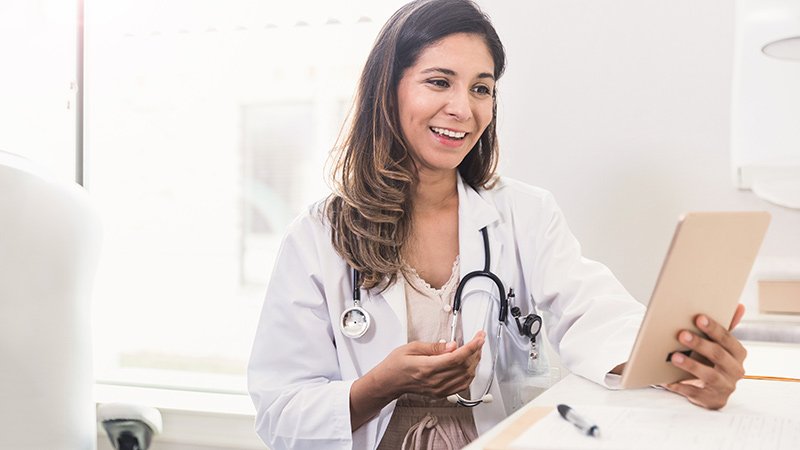 On Monday, an influential panel of federal advisers proposed suggestions for how Medicare could continue its coverage of telehealth after the COVID-19 pandemic ends and outlined the looming challenges of paying for healthcare of older Americans.

The Medicare Payment Advisory Committee (MedPAC) addressed possible future telehealth policies in an annual report to Congress. MedPAC’s suggestions to Congress include temporarily continuing some of the telehealth expansions for a limited time, such as 1 to 2 years beyond the period the federal government deems a public health emergency.

This approach would allow the Centers for Medicare & Medicaid Services (CMS) more time to gather evidence about how well the telehealth approach is working, MedPAC wrote.

MedPAC also suggested that after the end of the public health emergency, Medicare should return to paying the physician fee schedule’s facility rate for telehealth services and collect data on the cost of providing those services. In addition, clinicians should not be allowed to reduce or waive costs for people enrolled in Medicare for telehealth services after the public health emergency.

On a call with reporters, MedPAC Executive Director James E. Mathews, PhD, described these suggestions as “taking a measured approach.”

“We’re not making a formal recommendation here,” Mathews said. “This is more of a statement of the commission’s thinking that the expansions that have been implemented should be allowed to continue for some period of time after the end of the public health emergency.”

Each March, MedPAC offers a detailed report of the current state of Medicare. Each June, MedPAC issues a second report that delves into emerging challenges for Medicare. Members of Congress and officials in the CMS tend to pay close attention to MedPAC’s research, suggestions, and formal recommendations in shaping the program.

In response to the COVID-19 pandemic, federal officials widened the scope of Medicare payments for telehealth.

CMS added more than 140 services to the list of services it would pay through the Medicare physician fee schedule when delivered through telehealth. These services included emergency department visits, observation and inpatient care, nursing facility care, and home visits, MedPAC wrote in its March 2021 report. Previously, clinicians could bill for about 100 services provided by telehealth to beneficiaries in rural areas.

In the March 2021 report, MedPAC also urged CMS to implement safeguards to protect the Medicare program and its beneficiaries from unnecessary spending and potential fraud related to telehealth.

“Telehealth technology might make it easier to carry out fraud on a large scale because clinicians employed by fraudulent telehealth companies can interact with many beneficiaries from many parts of the country in a short amount of time,” MedPAC wrote.

The commission noted that the Department of Justice last year announced charges in connection with the cases involving $4.5 billion in allegedly false and fraudulent claims submitted by more than 86 criminal defendants related to telemedicine.

These included charges that executives of telemedicine firms allegedly paid doctors and nurse practitioners to order unnecessary durable medical equipment, genetic and other diagnostic testing, and pain medications, either without any patient interaction or with only a brief telephone conversation with patients they had never met or seen.

The new MedPAC report sticks with the status quo in its recommendation on payment for clinicians through the Medicare physician fee schedule.

The Medicare Access and CHIP Reauthorization Act (MACRA) of 2015 remains the key federal law on clinician payment. It mandates no base update for clinicians for 2022. Instead, it aims to have them strive to earn performance-based bonuses.

As happened last year, MedPAC called for staying with the current MACRA-mandated plan for flat payment. Research indicates Medicare’s payments to physicians are adequate enough to enable people enrolled in the program to have access to medical care, MedPAC wrote.

Still, MedPAC commissioners have raised concerns about how sustainable MACRA’s approach is, given the rising costs clinicians face in running their practices.

“It is a legitimate question to ask,” MedPAC’s Mathews said on the call with reporters.

Policymakers have been wrestling for years with how to pay physicians while keeping a rein on federal spending. MACRA replaced an earlier budgeting tool, known as the sustainable growth rate (SGR). For many years, physician groups lobbied Congress to pass legislation to stave off slated SGR cuts

Many physicians and MedPAC have criticized the implementation of MACRA.

In 2018, MedPAC recommended eliminating CMS’ Merit-based Incentive Payment System (MIPS). According to MedPAC, the majority of the MIPS measures have focused on processes of care, rather than patient outcomes. In addition, the system includes measures that become easily “topped out,” letting the majority of clinicians be assessed as performing well.

MedPAC has suggested that CMS shift instead to a program in which payment rates to groups of clinicians would increase or decrease on the basis of their performance on a uniform set of measures.

MIPS has given little reward even to those clinicians judged to have performed well, as reported by Medscape Medical News. In the new report to Congress, MedPAC said that in 2021, top performance on MIPS measures will yield a 1.79% MIPS bonus.

The MedPAC report depicts Medicare as being a more successful negotiator than private insurers, but also makes clear the financial challenges ahead for the program.

In 2019, private insurance payment rates for clinician services were 136% of traditional Medicare’s rates, up slightly from 135% in 2018, MedPAC wrote. The rise in private insurance prices could be a result of increased consolidation of physician practices, which gives physicians more leverage in negotiating with private plans.

Members of Congress likely will soon have to address how to pay for hospital care of older Americans, owing to the accounting structure of Medicare funding.

“The financial future of the Medicare program was already problematic, but as a result of job losses, in 2020 the Congressional Budget Office projected that Medicare’s Hospital Insurance Trust Fund will become insolvent by 2024 — two years earlier than previously expected,” MedPAC wrote in the March report.

This insolvency date is often mistakenly referred to in headlines as the date on which Medicare “goes broke.” Rather, the depletion of the Hospital Insurance Trust Fund would in theory lead to lower payments for services covered by Medicare Part A.

Lawmakers are expected to try to address this shortfall to stave off deep cuts. The Senate Democrat with the most direct influence on both Medicare and federal tax policy took to the chamber’s floor last year to draw attention to the expected depletion of the hospital trust fund.

Sen. Ron Wyden of Oregon said he wanted to “sound an alarm” about what he called an “issue that isn’t getting nearly the attention it deserves — not even close.

“A Medicare crisis is headed our way and fast,” Wyden said in his September 2020 speech. “Whoever wins the next presidential election will be in charge during the biggest crisis Medicare has ever faced.”

With the Democrats taking control of the Senate, Wyden is now chairman of the Finance Committee, which oversees Medicare.

To keep the hospital trust fund solvent for about 25 years, the payroll tax could be increased from its current rate of 2.9% to 3.7%. Another option would be to permanently reduce by 17% Part A spending, which is the money spent largely on hospital care. That would be equivalent to about $62 billion in 2021; in subsequent years, amounts would be comparable, MedPAC wrote.

MedPAC noted that it routinely offers Congress and CMS suggestions for curtailing Medicare’s spending, but these tend to be on a much smaller scale.

Implementing the recommendations from MedPAC’s March and June 2020 reports, for example, would decrease Medicare spending by between $7 billion and $12.5 billion in their first year of implementation, the commission said.

Medicare’s financial challenges extend beyond whatever steps Congress may take to draw new revenue to pay Part A hospital bills. By 2030, the entire baby boomer generation will be eligible for Medicare, MedPAC noted. Rising Medicare costs will affect both individual and national finances. Increasing deficits and debt would put a “strain on household budgets both of workers and retirees,” MedPAC wrote.

People currently enrolled in Medicare are seeing their out-of-pocket expenses for healthcare rise. Taken together, beneficiary spending on Medicare premiums and cost sharing consumed 24% of the average Social Security benefit in 2020, up from 14% in 2000, MedPAC wrote.

In another 20 years, premiums and cost sharing may consume 31% of the average Social Security benefit, MedPAC wrote.

The Cost of “Low-Value” Care

In the future, more scrutiny may be given to what treatments people enrolled in Medicare receive.

“Given Medicare’s financing challenges, many believe that restraining price growth will not be enough to ensure Medicare’s fiscal sustainability and that growth in the quantity of health care services must also be reduced,” MedPAC wrote in the new report.

MedPAC noted how CMS and Congress already have tried to give clinicians incentives to more closely manage and coordinate the care of people enrolled in Medicare to “keep them healthy and reduce unnecessary service use.

“The ultimate goal of these payment models is to reduce growth in spending while maintaining or improving the quality of care,” MedPAC wrote.

MedPAC estimated that in 2018, between 22% and 36% of beneficiaries in traditional fee-for-service Medicare received at least one low-value service. The total tab to Medicare for these services ranged from $2.4 billion to $6.9 billion, MedPAC estimated.

MedPAC said the low-value services with the highest volume in 2018 were imaging for patients with nonspecific low back pain, prostate-specific antigen screening for men aged 75 and older, and colon cancer screening for adults older than 85.

Kerry Dooley Young is a freelance journalist based in Washington, D.C. She earlier covered health policy and the federal budget for Congressional Quarterly/CQ Roll Call and the pharmaceutical industry and the Food and Drug Administration for Bloomberg. Follow her on Twitter at @kdooleyyoung.