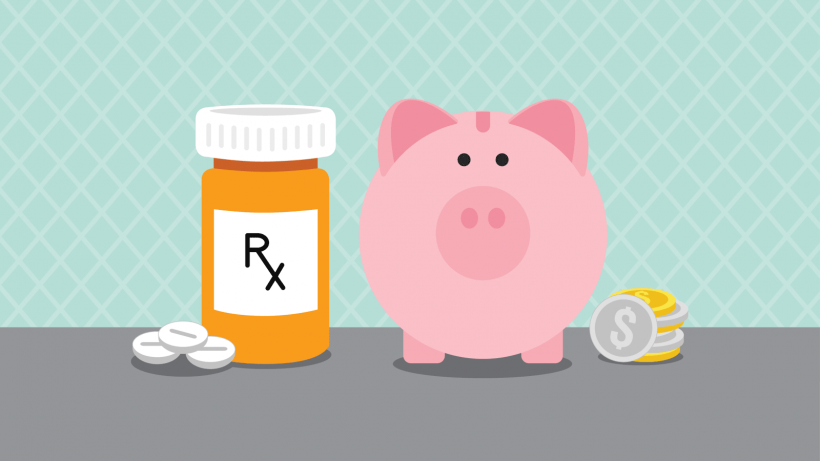 Nowadays, medications like Maxalt or Imitrex can stop a migraine, or at least make it more bearable. However, they work best when they’re taken at the first sign of symptoms. It’s much harder to get rid of a full-blown migraine than to catch one as it starts.

Maxalt was a lifesaver for Marie, and when she started taking it, her insurance covered 24 tablets a month at a very reasonable $20 copay.

But a few years ago, her plan reduced her prescription limit for Maxalt to 15 tablets for $20, and then they switched to covering only four generic rizatriptan tablets at $9. While her copay was low, she wasn’t getting enough medication. Frustrated, she asked the pharmacist how much the full 24-pill prescription would cost. The response: $900. Yes, $900, for the generic.

Marie and her doctor both tried to appeal to her insurance provider, but they wouldn’t budge—four tablets per month was all they’d cover. She had no choice but to make do with only four rizatriptan tablets each month for nearly two years.

When seasonal temperature fluctuations brought on week-long headaches, Marie held off on using her limited supply and suffered; there was always a chance the next day would be worse. She felt like she was back to the old days when all she could do was lie down in a dark room.

Marie first heard about GoodRx through a friend whose husband was also having trouble with his insurance. She wasn’t sure if it would work for her, but she figured it was worth a try. She asked her doctor for a prescription for the 24 rizatriptan tablets her insurance wouldn’t cover, and took it to her pharmacy along with a GoodRx coupon.

A few minutes later, the pharmacist returned to the counter, handed her the full prescription, and charged her only $39—95% less than the cash price she had been quoted.

Marie took a minute outside the pharmacy window just holding the coupon, not quite believing her luck (finally).

Paying about $50 for 24 rizatriptan tablets instead of the retail price of almost $900, Marie saves over $10,000 a year. Now, she can afford her migraine medication and has peace of mind knowing that she’ll be able to get relief whenever she needs it.