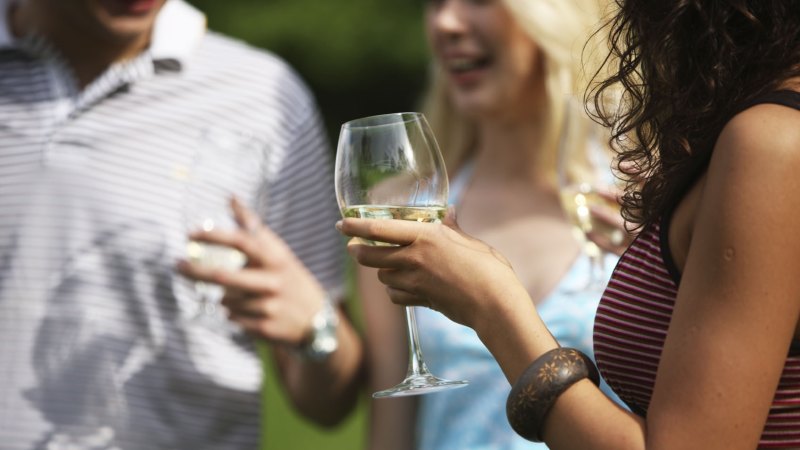 The party was in full swing. Brandishing a twig of mistletoe in one hand, and a glass of champagne in the other, I danced across the room and locked eyes with the stranger in the corner. "Happy Chrisshmas," I slurred, then, oblivious to the shock on his face, I planted a huge kiss on his cheek and fell on his lap. 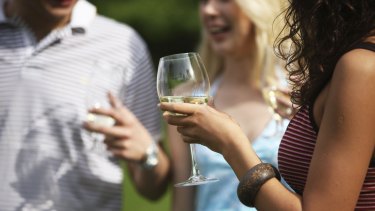 I knew if I didn’t take the first step to sobriety, I would probably end up in a gutter before my 30th birthday.

When I awoke the next morning, I was in a strange bed and he was next to me. I had no idea how I got there. I staggered out of his apartment and vomited on the bus. I was at my lowest ebb. Blackouts like this were happening all too often.

I was 26 and I had spent the last 10 years in a fug of alcohol and bad behaviour: the broken friendships, the gin and tonics until I passed out in a dodgy club at 3am, and the grovelling letters of apologies to fuming dinner party hosts ("Sorry I ruined the game of Trivial Pursuit, took off my top and demanded everyone dance") had all taken their toll.

I knew if I didn't take the first step to sobriety, I would probably end up in a gutter before my 30th birthday.

So I did. No AA, no props. I just stopped drinking there and then. And I have never touched a drop since. For someone like me, there is no such thing as one glass. I lack the sensible gene that stops you from reaching for the nth glass and falling off the barstool blind drunk. I am a sober alcoholic. Fine as long as I stay away from the demon drink for life.

For most of the year, sobriety is manageable. Most of my girlfriends are now trying to stay ahead of the ageing curve, so are quite happy to swap their martinis for matcha lattes. Even the midweek dinner party has become "soberish", and I feel on the same page drink/sensible conversation/early bedtime wise.

That is not to say I don't miss alcohol. I do. But I am not hopping up and down with my tongue hanging out at the first sniff of a brandy sour. That is until this time of year.

As the party season gets underway, I find myself swept along on a wave of cheer and fancy cocktails. I don't want to be a killjoy, but when the shelves are stacked with offers on Christmas wines, you know that "festive" is simply code for let's all get steaming drunk.

I get that it's the season to be jolly and that glasses of cava/Dom Pérignon can pep you up and kick start the booze-fuelled togetherness. I can even forgive that time in the evening when complete unknowns hug you and then burst into tears.

What I don't get is the overwhelming pressure to be part of the "festive fun". The insistence to "have just one small glass of mulled wine, Kate", when I politely shake my head and put my hand over my glass of mineral water, jangles my sober nerves. Don't they understand that as a sober alcoholic, I can't drink, EVER! And that includes at their Christmas shindig.

I suspect that behind the maudlin faux love, there are a lot of people in midlife knocking back far too much drink like I did. Our generation grew up with liberal attitudes towards drinking. Remember the time when staggering out of a club at 3am was par for the course? After years of wine-o-clock and dancing on tables, it's not easy to go sober at our age.

Yet there seems to be a subtle shift in our attitude to drinking. In the age of clean-living Instagrammers, and the rise of the wellness movement eschewing things that are bad for us, suddenly being "sober curious" and "drinking mindfully" are all the rage (especially among the young).

It would appear that waking up bright-eyed and being alcohol-free is seen as liberating and empowering, instead of boring and a bit sad.

Indeed some of my friends, now in their mid-50s, are beginning to twig that ordering an Uber and standing upright at the same time is a good look. Others of my just-trying-out sobriety-for-size friends tell me how wonderful it is to wake up after a party and dig into a plate of scrambled eggs without the stomach-churning nausea.

I have to admit, it feels good to be ahead of the curve for once, instead of the party pooper sipping on flat ginger ale and sulking in the corner.