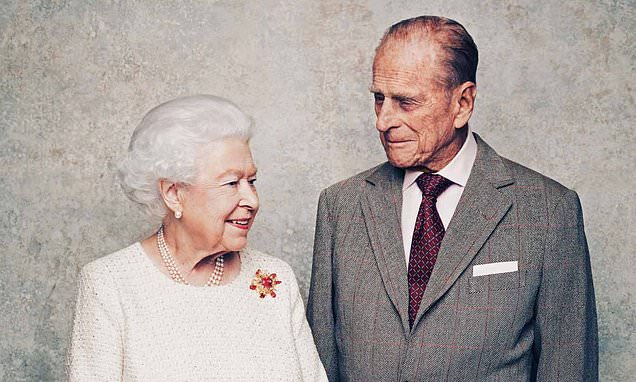 How do you get over losing the partner you’ve spent nearly all your life with? As Prince Philip is laid to rest, end-of-life doula ANNA LYONS describes the heartbreak she knows all too well

Few moments in life are as profoundly lonely as the day after the funeral of a loved one.

And if the loss is of a lifelong companion – one’s ‘strength and stay’, as the Queen so elegantly described her husband of 73 years, the Duke of Edinburgh – then it marks the point at which a life, irrevocably changed, must somehow carry on without them.

The important paperwork and admin that always accompanies a death is largely done. The well-wishers and consolers have paid their tributes and shared memories.

But when the door finally closes and Elizabeth is left alone without her Philip, the man who devoted his life to being by her side, what then?

As an end-of-life doula, it’s a situation I know all too well. I provide practical and emotional support at the end.

We fear death, so we don’t like to talk about it. One of my jobs is to get that conversation started with families, so people can live well until their last breath. 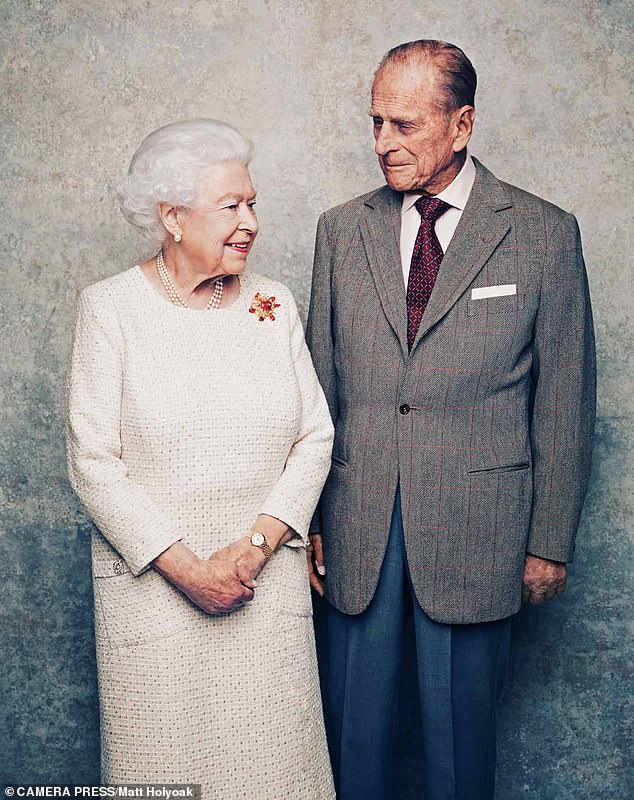 Few moments in life are as profoundly lonely as the day after the funeral of a loved one, writes Anna Lyons. Pictured: The Queen and the Duke of Edinburgh in November 2017

I’m also there to support loved ones, who I stay in touch with for as long as they want – and one of the things I’ve learned about grief is that this raw, universal emotion follows no set pattern.

We can grieve the loss of anything we hold dear: a friendship, a job, a pet, or a child who finally flies the nest, and this year in particular we’ve all had our fair share of grief.

We’ve lost freedoms, businesses and livelihoods and our ability to hug and to hold.

But the grief we feel in relation to the death of those closest to us is permanent, and stays with us for the rest of our days. In that, the Queen is not alone.

Many have faced the death of a lifelong partner, leaving a huge hole. Many people who haven’t yet suffered such loss wonder: ‘How would I cope?’ It can be an overwhelming, terrifying thought.

My answer is always the same: there is no single way to grieve, no template for how to do it best.

One respected grief counsellor, Dr Lois Tonkin, believed grief wasn’t something to ‘get over’ but something we must learn to live with.

While the feelings of loss don’t diminish, our grief becomes more manageable as our lives evolve and grow. 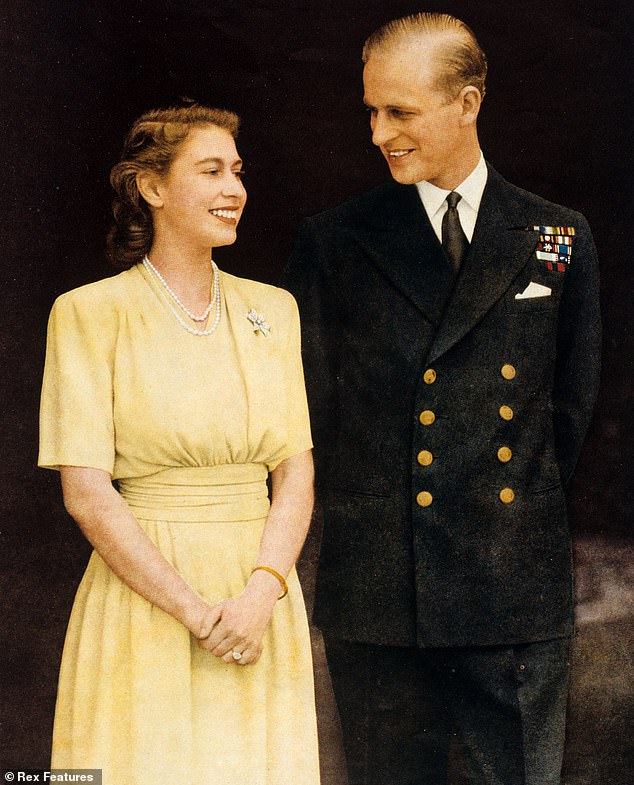 Pictured: The Queen and Prince Philip in their engagement photograph in 1947

Grief can often be tied up in the routines once shared with partners. These are so intertwined with their daily lives they’re like muscle memory – so automatic they’re barely conscious of them.

Take one couple I worked with not long ago – Alice and Karl, who’d been married for 48 years. After Alice died, Karl told me that every morning he still stretched out to her side of the bed to reach for her – forgetting, in that moment, that she had gone.

He described it to me as ‘like losing her all over again, every single morning’.

Once a week, they would change their bedsheets together. Karl described it as like a dance.

After she’d gone, he asked me: ‘How can I make our bed on my own?’ For anyone in Karl’s position, there are no easy answers. It’s the little things that make up a life together and it’s these we miss the most.

The walls of every room hold a thousand stories for the bereaved. Their side of the bed; their favourite mug; the rosemary they planted in the garden; their shoes absentmindedly strewn in the hall.

Remnants of a loved one’s existence permeate every crevice. But while death ends a life, it doesn’t – it can’t – end a relationship.

John, another client, wakes up every morning and makes two cups of coffee – one for him, one for his wife, Alison, who died five years ago. At first, it was absent-mindedness.

This was his job, a romantic ritual he’d performed every day throughout their 50-year marriage and he’d forget she was no longer there to drink it. Then it became a ritual, a source of comfort.

Another client, Iris, told me she still talks to her husband Frank. She says their one-sided chats helps her to feel closer to him. 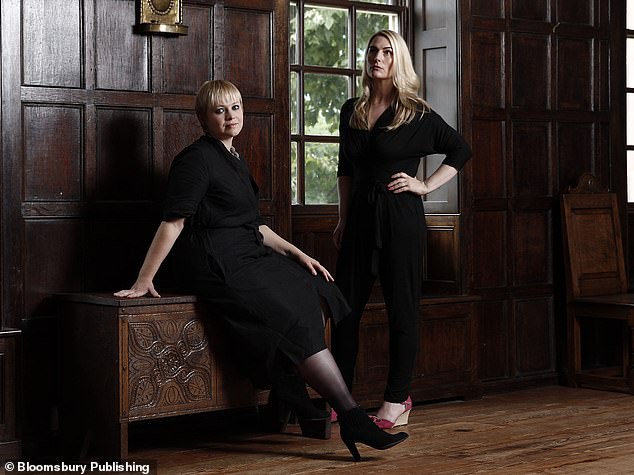 We All Know How This Ends, by Anna Lyons and Louise Winter (above), is published by Bloomsbury Green Tree

There is nothing wrong with doing any of these things, though to an outsider it must seem bizarre. But having spent so much time with so many bereaved families, I can assure you it’s completely normal.

Iris keeps talking to Frank and John keeps making the coffee for Alison, because when you take away those normal life rituals, what else do you do?

This isn’t about pretending they are still alive, but about continuing to do something meaningful – to have a ritual when the world has turned upside down.

There is only one thing every one of my clients has experienced at some stage: a deep, indescribable sadness. That can hit at any time, and in different ways. Not everyone cries. Some cut themselves off.

Others struggle to remember the happy times they shared with their partner, particularly if they became a carer to them or the end of their life was particularly tumultuous.

One client, Janice, had always loved dancing with her husband Malcolm, who was a miner.

When he developed miner’s lung, he stopped dancing. Movement was difficult and he was hooked up to oxygen. For years after Malcolm died, Janice was angry and bitter that she’d lost ten years of life caring for him when she hadn’t danced.

Then, one night, she went dancing again. She told me she’d spent the entire evening crying, but that it was one of the most cathartic moments of her life as it reignited her passion for something she loved and also reconnected her to Malcolm.

It’s often said that time is a great healer. I don’t necessarily believe that’s true but, as Janice proved, it is a catalyst for change.

The more we understand that grief lasts a lifetime, the less pressure there is to be OK. But, likewise, happiness and laughter are OK too.

I worked with a couple, Peter and Helen, who’d met at school. When Helen died, in her 80s, everyone believed Peter wouldn’t survive without her as their lives were so interwoven.

But he lived another ten years. During that time he spoke often of Helen’s love for him, and how she had wanted him to live a really good life after she died.

There wasn’t a day that went by that he didn’t miss her, but it made him realise how important the little things were. Every time he squeezed his grandchildren, he did it thinking it could be the last time.

You can miss someone terribly but you can also enjoy what you have. Losing someone puts a magnifying glass up to what truly matters.

Sometimes, all you can do is grab that with both hands.