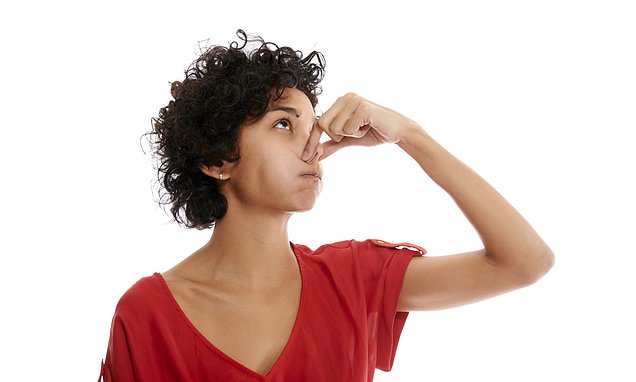 Cancer patients could be taught to hold their breath for six minutes to boost the success of radiotherapy, scientists claim.

However, every breath can cause this area of the body to move by up to 1.5inches (4cm), limiting the accuracy of the treatment.

University of Birmingham scientists gave 30 volunteers oxygen-enriched air, while removing carbon dioxide from their lungs via a mechanical ventilator.

This made it safe for them to hold their breath for up to six minutes at a time, which they practiced over several days under the supervision of the experts.

The innovative technique may allow cancer patients to stay as still as possible during radiotherapy, the researchers said. But critics say it is ‘unlikely to provide any additional benefit’. 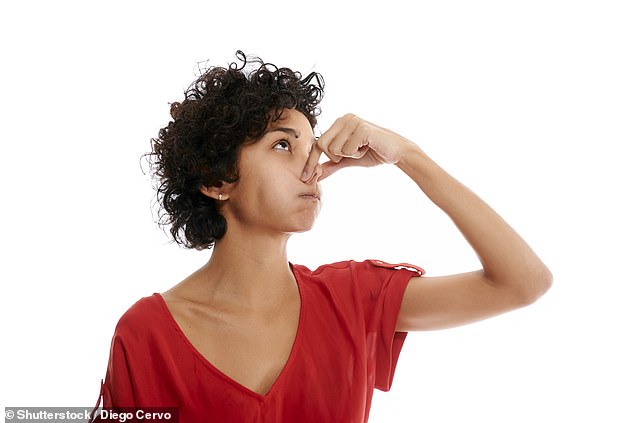 Scientists have developed a technique that could enable cancer patients to hold their breath during radiotherapy. This may enable beams to be delivered more precisely to tumours (stock)

It is already being trialed at hospitals in Newcastle, Belgium and the Netherlands.

‘But success depends at least in part on patients being able to remain as still as possible while the treatment is ongoing.

‘This is a particular challenge for patients being treated for cancers in the chest and abdomen.

‘These regions can move up to 4cm each time a breath is taken, limiting the accuracy of the radiotherapy.’

Radiotherapy is often a go-to cancer treatment. It usually involves a series of beams being directed to a tumour at different angles.

‘Short breath holds’ are already used during the treatment, the scientists wrote in the journal Radiotherapy and Oncology.

The team set out to investigate the ‘feasibility and safety of multiple prolonged breath-holds in a single session’.

Safety concerns included a rise in blood pressure, as well as patients simply finding it too difficult.

In the study, 30 volunteers, aged 20-to-25, breathed in 60 per cent oxygen to boost the level of the gas in their lungs. The air we breathe is around 21 per cent oxygen.

Their blood carbon dioxide was removed via a mechanical ventilator, worn as a face mask.

This enabled them to hold their breath safely for much longer than normal, the researchers claim.

In learning to hold their breath, the volunteers were taught how best to inflate and deflate their chest.

When we hold our breath, our diaphragm contracts. This is thought to cause the accumulation of substances that stimulate receptors to ‘tell’ the brain to breathe, the researchers wrote.

Radiotherapy is a cancer treatment in which radiation is used to destroy tumour cells.

It is most commonly delivered as beams of radiation which are targeted at a tumour and are so powerful that the energy destroys the flesh it is aimed at.

Because radiation does not distinguish between cancerous and healthy tissue, it can destroy healthy flesh as well.

This can cause side effects such as pain, sickness, tiredness, hair loss and loss of appetite.

Radiotherapy usually takes multiple sessions over a number of weeks, and it can be used to try and cure a tumour or just to relieve symptoms.

After practicing over four days, the volunteers learnt to hold their breath for around six minutes.

‘People often believe it’s only really possible to hold your breath safely for between 30 seconds and a minute,’ Dr Parkes said.

‘But in fact there are no risks to a five-minute breath hold under carefully controlled clinical conditions.’

Once the volunteers mastered this, they were then taught how to hold their breath multiple times in a single session.

They were first asked not to breathe for around four minutes, before taking a break. They were then re-hyperventilated with oxygen, before holding their breath again.

They managed to do this eight times in a row, before holding their breath for six minutes on the ninth go.

In terms of safety, the volunteers were told to take a breath if their systolic blood pressure exceeded 180mmHg or if their Sp02 levels dipped under 94 per cent.

Systolic blood pressure describes the pressure when the heart beats and pushes blood around the body. A healthy level is between 90 and 120mmHg, with 140mmHg or above being high, according to the NHS.

Twenty of the volunteers (67 per cent) never reached these safety limits, the results show.

Overall, the researchers claim it should be possible for a patient to hold their breath for a total of 13 minutes spread over three ‘breath-holding sessions’ during a 19 minute treatment. This would include six minutes for ‘setup and recovery’.

In a 65-minute session, patients should be able to hold their breath for around 41 minutes over nine breath-holding sessions, with 25 minutes for setup and recovery, they added.

The study builds on past research by the same scientists, who taught breast-cancer patients to hold their breath for five minutes during a simulated radiotherapy session.

Professor Pat Price, chair of the charity Action Radiotherapy, told MailOnline: ‘Radiotherapy will be needed by one in four of us and is involved in the cure of 40 per cent of cancer patients.

‘What’s really needed is sustained extra investment, as the UK typically spends only 5 per cent of the cancer budget on radiotherapy compared to double that in many advanced countries.’

Caroline Geraghty, Cancer Research UK’s specialist cancer information nurse, said: ‘Asking a patient to hold their breath during radiotherapy is not a new technique, as it can help to minimise risk of radiation damage to vital organs.

‘Radiographers often ask patients with some types of cancer to hold their breath during treatment, but only a few seconds is sufficient.

‘Asking patients to hold their breath for four minutes at a time is unlikely to provide any additional benefit.’