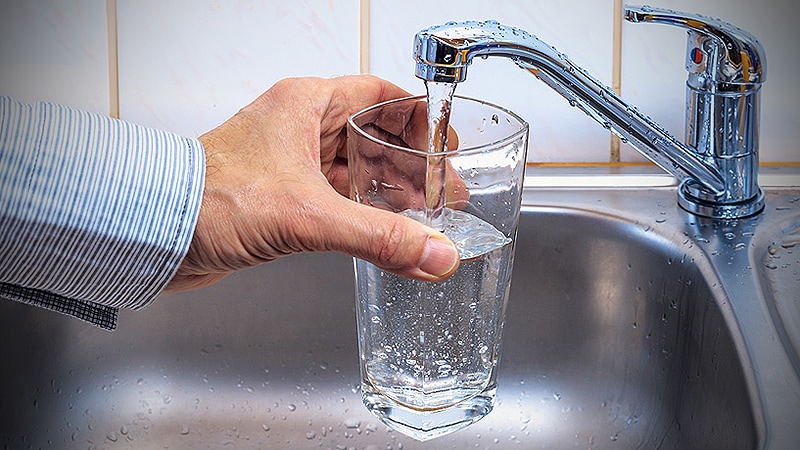 Investigators analyzed 25-year data from more than 11,800 adults who enrolled in the Atherosclerosis Risk in Communities (ARIC) study when they were 45 to 66 years of age. Participants were divided into four groups, based on their serum sodium concentration at the first and second visits during the first 3 years of the study. For each group, the researchers analyzed the proportion of people who developed HF and left ventricular hypertrophy (LVH) by the fifth visit, when they were 70 to 90 years of age.

“Our study identified serum sodium level above 142 mmol/L as a risk factor for future development of HF and LVH; and although these levels are still within normal range and would not be flagged on the test results as abnormal, such levels can be used by clinicians as a warning sign for identification of hypohydrated people with increased risk of HF and LVH,” lead author Natalia Dmitrieva, PhD, a researcher in the Laboratory of Cardiovascular Regenerative Medicine at the National Heart, Lung, and Blood institute (NHLBI), told theheart.org | Medscape Cardiology.

“Maintaining good hydration throughout life may slow down decline in cardiac function and decrease prevalence of HF,” she said.

The study was published online March 29 in the European Heart Journal.

In healthy people, hypohydration is reflected in increased serum sodium concentration and tonicity, the authors explain, with the normal serum sodium range lying between 135 and 146 mmol/L.

Dmitrieva said the motivation for testing the effect of overall hydration on the heart came from previous research conducted by her group, in which they limited the amount of water that mice could drink throughout their lifetimes and found that the lifespan of the mice was shortened by 6 months, equivalent to about 15 years of human life.

“When we examined the heart tissue of these mice, we found that parts of the heart muscle became fibrotic [and] myocardial fibrosis is one of the final pathways leading to HF,” she continued.

“Based on the findings from the mouse model, we hypothesized that insufficient hydration could promote degradation of human cardiac tissue, increasing the likelihood of HF.”

To investigate the question, the researchers utilized data from the ARIC study — an ongoing population-based prospective cohort study that enrolled 15,792 adults from four communities in the United States from 1987 to 1989 and followed them for more than 25 years.

To understand participants’ hydration habits, the researchers used serum sodium measured at visits 1 and 2, which took place 3 years apart, and analyzed the association between serum sodium and other hydration measures (water deficit, tonicity, hematocrit, hematocrit/hemoglobin ratio, and potassium) at the beginning of the study with future development of HF and left LVH.

Participants were divided into four groups, based on sodium level and other hydration-related variables at visits 1 and 2.

Because of the long follow-up period that extended into old age (70 – 90 years), there was a high rate of mortality, with only 4961 participants available at follow-up. For all time-to-event analyses, the researchers therefore used a subdistribution proportional hazard model that accounted for competing non-HF-related mortality factors. They also adjusted models for major HF risk factors (age, sex, race, hypertension status, smoking, kidney function, total cholesterol, and body mass index).

A 5% increase in HF risk was shown for each mmol/L sodium increase within the 135 to 146 mmol/L range, after adjustment for covariates.

“Currently, the recommendations issued by different organizations vary from 2 to 3 liters of fluid daily for men and 1.6 to 2.1 liters for women, but worldwide surveys find that a large proportion of people do not meet even the lower ends of recommended ranges and therefore are chronically hypohydrated,” Dmitrieva commented.

She noted that sodium is a “standard test, part of a basic metabolic panel performed at every annual physical exam.” Thus, clinicians “can evaluate such patients for the amount of liquids they drink, and, if found low, explain the risk, and then advise them to drink at least 2 liters per day,” she suggested.

She added that it would be “beneficial to include in regular physical exams evaluation of drinking habits and counseling on appropriate amounts of fluids that people should drink.”

She noted that thirst deteriorates as people age, “contributing to even lower fluid consumption in older people” and recommended that people remain “actively aware of the amount of fluids they drink,” and not “rely entirely on thirst sensation.”

Commenting for theheart.org | Medscape Cardiology, Gregg Fonarow, MD, Elliot Corday Professor of Cardiovascular Medicine and Science and director of the Ahmanson-UCLA Cardiomyopathy Center, David Geffen School of Medicine, Los Angeles, said: “This study shows that serum sodium levels of 143 mmol/L and above may be considered a marker of increased risk of subsequent heart failure.”

The authors “speculate that [higher] serum sodium levels are reflecting hydration status and that improved hydration status may lower HF risk; however, this would need to be further demonstrated in prospective studies,” cautioned Fonarow, an AHA volunteer and codirector of the UCLA Preventive Cardiology Program.

Fonarow, who was not involved with the study, had an important message for clinicians and patients: “Whether or not improved hydration status impacts HF risk is not known,” he said. However, ways of lowering HF risk supported by direct clinical trial evidence include not smoking, keeping blood pressure at healthy levels, keeping a healthy body weight, preventing diabetes, regular physical activity, and certain guideline-directed medical therapies, he added.

The authors agree, concluding that “the findings suggest chronic subclinical hypohydration as a new modifiable risk factor for HF and LVH. Future studies are needed to confirm this hypothesis in randomized controlled clinical trials.”

This work was supported by Intramural Research program of the National Heart, Lung, and Blood Institute (NHLBI) and a grant from the National Institutes of Health (NIH). The ARIC study has been funded in whole or in part with federal funds from the NHLBI, the NIH, and the Department of Health and Human Services. The authors declare no relevant financial relationships. Fonarow is a consultant for Abbott, Amgen, AstraZeneca, Bayer, Cytokinetics, Janssen, Medtronic, Merck, and Novartis.