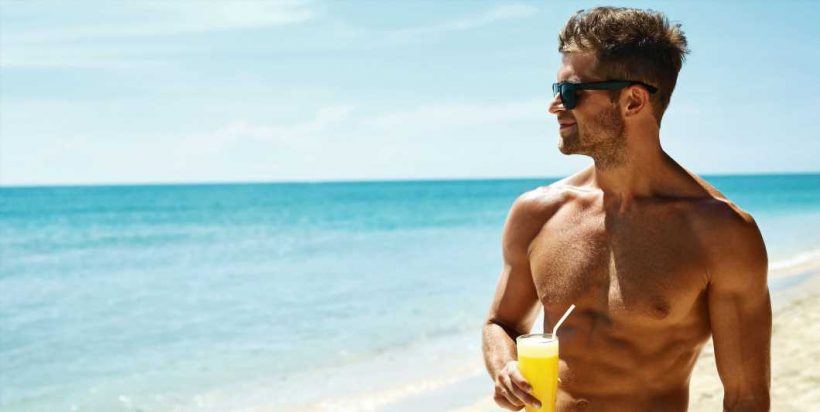 When the weather is warm, not much makes me happier than firing up our outdoor pizza oven with a cold craft IPA in hand. A registered dietitian drinking a high-carb, gluten-filled liquid appetizer followed by a few slices of carb- and gluten-containing pizza? Yessir.

I also enjoy a nice glass of red wine, a tumbler of Kentucky bourbon, or a kombucha cocktail because I like the taste.

But here’s the thing: new research suggests that what’s long been considered a healthy approach to drinking (2 drinks a day for men, 1 a day for women) is now under fire. Research published last year concluded that no amount of drinking is healthy. (Thanks, The Lancet, for taking all of the fun out of life).

Couple these findings with the calorie and sugar conundrum that comes with many alcoholic beverages and you begin to wonder if cutting alcohol out of your life might, in fact, improve it. And you may have some questions. I’m here to help answer them.

What’s the best way to balance drinking and a healthy lifestyle?

My approach: Be an alcohol snob. I savor the flavor and enjoy a quality drink occasionally with friends, but never alone. I don’t overdo it. My max is two solid, craft beers once, maybe twice per week. Or one bourbon.

And the majority of the time I stick to just booze. This allows me to not have to worry about calorie- and sugar-filled mixers.

What about hard sodas? Are those any better for me?

Be careful. If you must partake, look for a brand that offers very little sugar per serving. Otherwise you’ll take in an overload of calories, mainly from the sweet stuff. Spiked seltzers, on the other hand, aren’t a bad option. Ideally you want one that’s a zero-calorie flavored bubble water with booze added.

Craft beers often have more alcohol (aka a higher ABV or, alcohol by volume) than traditional macro-beers. And more alcohol means more calories.

For example, a 12-ounce beer with 9% ABV (not atypical for craft brews) has about 270 calories. But because craft beers don’t have to list their calorie count, you can use this handy equation to estimate you’re your beer has: Multiply the ABV by 2.5, then multiply that by the number of ounces in your beer.

Beware of those shandy-style craft beers, too. Although refreshing, they’re usually a combo of beer and sugary soda or juice.

Is vodka my best bet if I’m Paleo?

If you’re a diehard Paleo guy you know that technically no alcohol is Paleo-friendly. But there’s is a short list of booze that gets the modern Paleo greenlight, vodka is one of them. Just make sure it’s potato vodka. It’s not your only choice, though: rum and tequila are also Paleo-friendly.

Is tequila really best for my blood sugar?

Put this in the myth category. Tequila—as well as vodka, rum, and gin—all have zero grams of carbs, so they won’t raise your blood sugar if you drink them straight up. If you have diabetes, you’d count your drink as two fat exchanges.

But don’t fall for the hype that choosing a tequila made from 100 percent agave changes the impact. All of the health attributes of agave (aka lower glycemic index, etc.) are gone once it’s been distilled into to tequila.