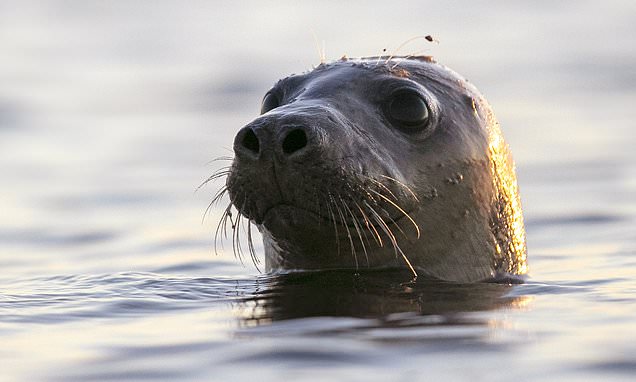 Britons have been told to stay away from seals over fears they may be infected with deadly bird flu.

Although human transmission is rare, scientists fear bird flu could be behind for the world’s next pandemic.

As the virus spreads, it could theoretically mutate to strike humans easier — similar to how scientists think Covid originated.

Due to a lack of testing among seals, officials have no idea how big the problem is.

The risk to the public is low, according to the UK Health Security Agency (UKHSA). But it warned Britons to still steer clear of the animals.

Conservationists and scientists, who are in close contact with seals for work, should wear masks and thick gloves and keep a barrier between them.

And those working with the animals have been asked to collect samples from unwell and dead seals to diagnostic labs for testing, to monitor whether the virus evolves. 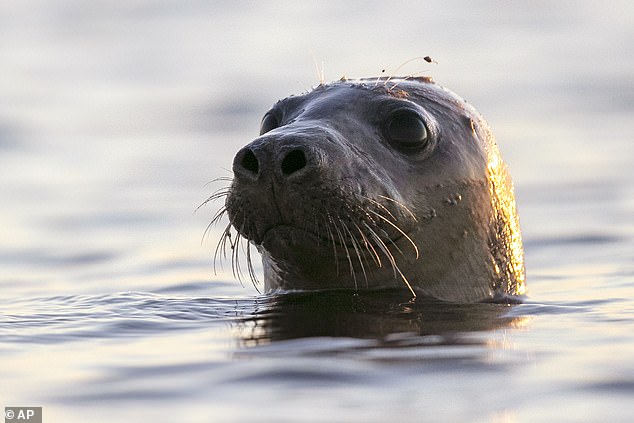 UK health chiefs warned they have received ‘increased reports’ of seals infected with influenza A viruses. The virus, which has strains that range from mild to deadly, circulates among birds but can jump to animals and humans — although human transmission is rare. The two variants spotted in the UK are H3N8, which is thought to kill up to half of those it infects, and H5N8, which appears to only cause mild illness among humans

A report from a multi-agency group, headed by the Department for the Environment, Food and Rural Affairs and the Animal and Plant Health Agency, warns of an increase in cases of avian influenza A among seals.

Birds known for being near water, such as seagulls are most likely to spread the virus to other birds and animals, the report states.

A handful of cases have been reported in recent years.

A seal pup in Cornwall was infected with the H3N8 strain — thought to be one of the deadliest types of the bird flu, killing up to half of humans that catch it — in 2017.

Meanwhile, seals at a wildlife rehabilitation centre in Norfolk were found to have the milder H5N8 version in 2020.

Neither instances saw humans infected, however.

The UKHSA claimed there’s no evidence transmission between seals and humans has ever even occurred in the UK.

But there is evidence of human transmission outside of the UK.

Five people working with seals in the US caught flu from the animals in the 1970s and suffered conjunctivitis. But they fully recovered and did not spread it further.

They noted that the general population is ‘unlikely to be exposed to an infected seal’ because they are not likely to be around the animals for prolonged periods of time.

However, officials said disturbances to seals by humans is a ‘significant and growing problem’ in the UK and could see Britons bitten.

They warned bites and other contact with infected seals or their contaminated body tissue and fluids posed the ‘greatest risk of exposure to humans’.

And experts warn seal strandings are only going to become more common.

A virus that kills up to 50% of humans… but transmission is rare: Everything you need to know about bird flu

What is bird flu?

Bird flu, or avian flu, is an infectious type of influenza that spreads among bird species but can, on rare occasions, jump to human beings.

Like human influenza there are many strains of bird flu:

The current outbreak in birds in the UK is H5N1, the strain that the infected Briton has.

Where has it been spotted in the UK?

How deadly is the virus?

Fatality rates for bird flu in humans have been estimated to be as high as 50 per cent.

But because transmission to humans is so rare, around 500 bird flu deaths have been reported to the World Health Organization since 1997.

Is it transmissible from birds to humans?

Cases of bird-to-human transmission are rare and usually do not spread on human-to-human.

Bird flu is spread by close contact with an infected bird or the body of one.

Professor Ian Jones, a virologist at the University of Reading, said: ‘Transfer of avian flu to people is rare as it requires direct contact between an infected, usually dead, bird and the individual concerned.

‘It is a risk for the handlers who are charged with the disposal of carcasses after an outbreak but the virus does not spread generally and poses little threat.

‘It does not behave like the seasonal flu we are used to.

‘Despite the current heightened concern around viruses there is no risk to chicken meat or eggs and no need for public alarm.’

What are the symptoms?

Symptoms of bird flue usually take three to five days to appear with the most common being: