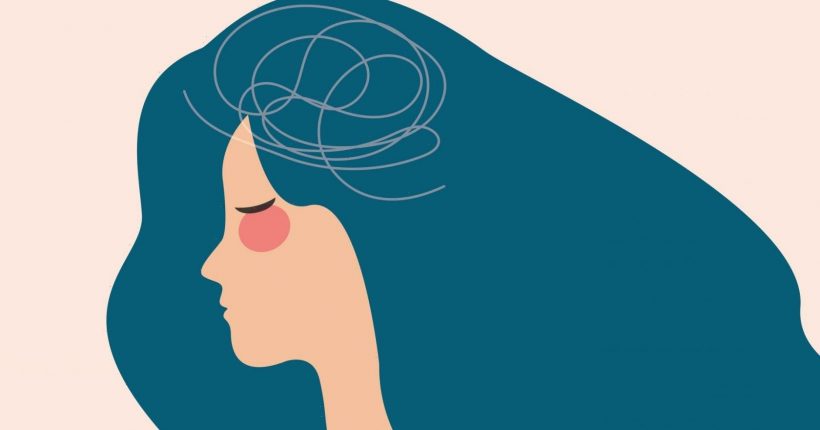 In a year as tumultuous as 2022 has been (three British prime ministers? A new monarch? Energy, food and rent hikes practically every week?) it’s no wonder most of us are feeling more anxious than usual.

According to the Mental Health Foundation, 74% of UK adults have felt so stressed at some point over the last year they felt overwhelmed or unable to cope, and data from HR software company Ciphr suggests that in 14 UK adults say they feel stressed every single day.

Feeling worried is a natural human response to aggravated stress and anxiety in our day-to-day existence, but it could have something to do with our stage of life, too.

Research by female mentoring enterprise Tessy’s Brunches found that women in the UK are experiencing three distinct “ages of worry”. According to its survey of 1,000 working women across the country, the focus of female anxiety differs significantly for each age group, with worries about romance peaking among women aged between 45 and 54 years old.

What are the three key “worry ages” for women?

According to the survey, women aged between 21 and 34 are most likely to be worried about their mental health, their careers and their friendships. This included concerns about workplace progression, maintaining a solid friend group and prioritising their own self-care and boundaries.

Their key concerns all seem like natural by-products for a group who are likely to be in their “build and grind” stage of life, with hectic schedules and big ambitions. Interestingly though, young women’s relatively high worries about mental health and career reduce to near zero for women aged 65 and over.

According to eHarmony, there are more than 4.2 million singles over the age of 40 in the UK alone. And indeed, women aged between 45 and 54 are most likely to be worried about their romantic relationships. Whether this included marriages, long-term partnerships or navigating the dating world, romantic worries were the main concern of 13% of women, compared to 8% of young women and 1% of older women.

Women aged 65 and over are most likely to be worried about their families, the happiness and fulfillment of their children and the futures of their grandchildren. While worries about the health and wellbeing of family are the primary concern of 13% of younger women, this almost triples to 37% for women aged over 65.

However, money was also a significant worry for women of all age groups: 21% of younger women report it as their primary concern, compared with 29% of middle-aged women and 16% of older women.