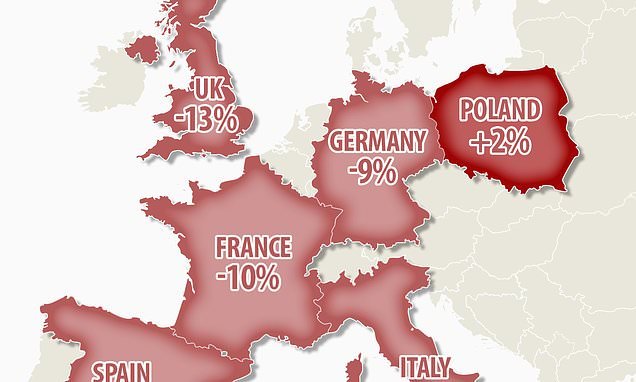 The number of people dying of cancer in Europe is this year expected to be five per cent higher than in 2014.

This is despite age-related survival rates improving. Larger and older populations mean that, although more people will survive the disease, there will also be more who die. 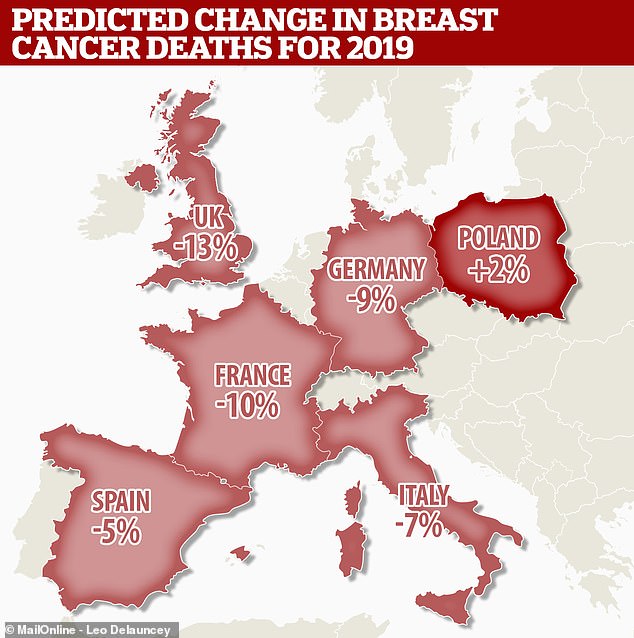 Better drugs, widespread screening and earlier diagnosis has driven the UK from the worst in a table of the six biggest European countries in 2014, to second best this year.

The 18 per cent improvement is the biggest seen in the six largest European countries – France, Germany, Spain, Italy, Poland and the UK.

The projection for 2019 shows death rates in Britain have improved so much that now it comes second only to Spain, where 10.4 per 100,000 women die are predicted to die of breast cancer this year.

Other large nations also showed a decreasing rate of breast cancer deaths – France’s will be 10 per cent lower, Germany’s nine per cent, and Italy’s seven per cent.

While in Poland there will be a predicted two per cent increase.

The researchers, led by the University of Milan, calculated that more than 440,000 breast cancer deaths have been avoided in the EU in the last 31 years.

Baroness Delyth Morgan, chief executive of the Breast Cancer Now charity, said the UK was ‘finally’ catching up with the rest of Europe.

‘While this analysis represents very positive news, our rate of progress appears to be much greater than our neighbours largely because we have had some of the highest mortality rates in Europe for a long time,’ she said. 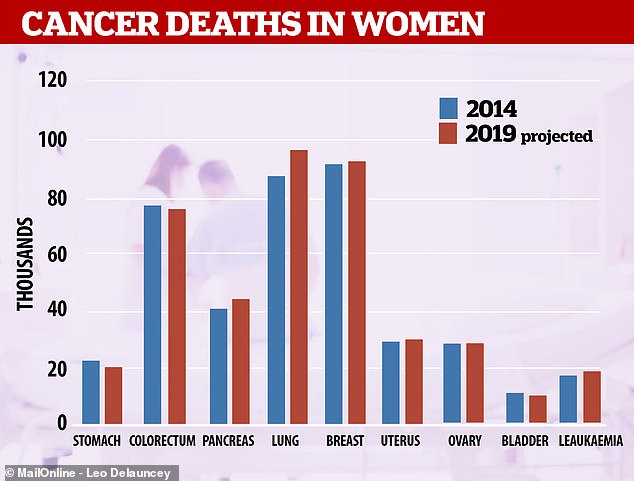 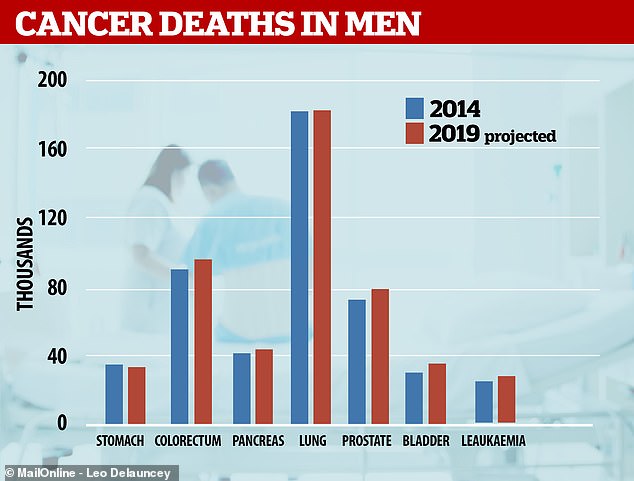 ‘We now need to act to ensure NHS breast cancer outcomes continue to improve and reach the Government’s ambition of being among the best in Europe in the long-term.

‘In particular, these predictions demonstrate the major impact that our world-class breast screening programme is having in detecting cancers earlier and giving NHS patients the best chance of survival.’

Breast cancer is expected to remain as the second biggest cancer killer for EU women, after lung cancer, in 2019. 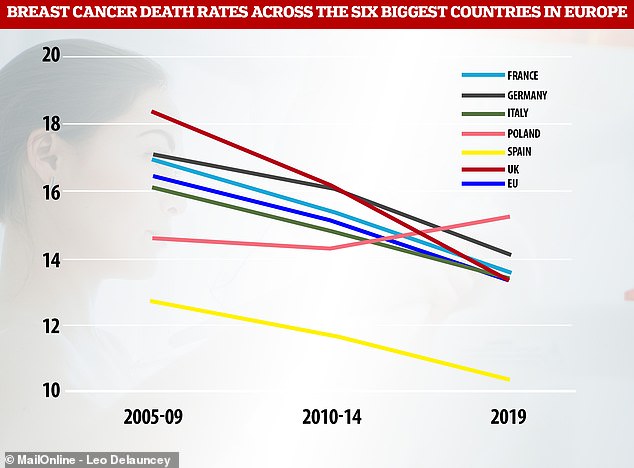 Breast cancer rates are falling in all the biggest countries in the EU except Poland, where the rate is expected to be two per cent higher this year than in 2014

But the death rate – the proportion of people who die, rather than the raw number – is expected to decline.

Editor-in-chief of the journal, Professor Fabrice André said: ‘It is clear that despite the good news that death rates are declining in most cancers, the bad news is that, due to growing and aging populations, the number of people who will die from cancer is increasing.

‘This represents a significant burden on society, and more needs to be done to prevent cancers occurring in the first place, particularly by reducing the numbers of people who smoke and are overweight.’