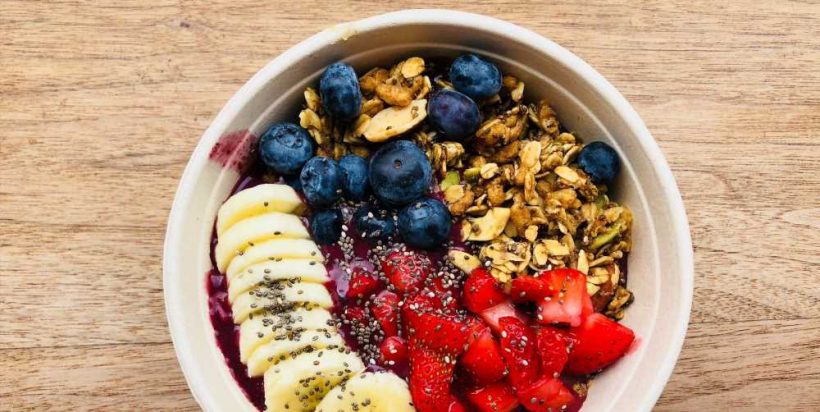 Costco is so much more than free mini hotdog samples and bags of trail mix the size of a small child.

In fact, in recent years, it’s become quite the health and wellness destination. You can load up on organic foods in bulk, grab a new yoga mat, and even stock up on workout gear—all in the same trip.

Costco is even trying to up the good-for-you factor of their food courts, adding a $5 açaí bowl to menus across the country.

Curious about this “healthy” new offering (uh, what’s in it? total sugar bomb?), I decided to do a little digging.

So, what’s in a Costco açaí bowl, exactly?

Almost immediately, my hunt for the deets on Costco’s açaí bowls turned into a bit of a wild goose chase.

I reached out to Costco for the down-low on the açaí bowl’s ingredients (which are nowhere to be found on the interwebs) and was told that “management has no comment at this time.” Huh.

Given that Costco is being a little cagey about this one, I turned to whatever açaí gossip I could find.

According to Vegan News, the bowls are made with Sambazon açaí mix (and who knows what else) and come topped with blueberries, strawberries, banana chips, and Kirkland’s signature granola mix (a blend of ancient grains, oats, nuts, and cane sugar).

My best guess at the Costco açaí bowl’s nutrition stats…

Since Costco wouldn’t officially share the açaí bowl’s nutritional information, I called up my local store and asked about it.

An incredibly helpful food court manager offered to look up the stats and put me on hold, only to return, apologize profusely, and say that their stat sheets were “unavailable.” He did add this, though: “All we know is that, out of all the desserts we serve, it’s a lower-sugar option.”

Since my hunt for official nutrition stats again proved unsuccessful, I turned to the streets to at least score some speculation. The best I could find: Multiple MyFitnessPal entries report the Costco açaí bowl as the following:

Again, take this with a grain of salt, people!

With my crowd-sourced deets on the Costco açaí bowls in-hand, I asked a couple of dietitians for their thoughts on whether this food court option is actually healthy.

The answer, based on the secondhand information I scrounged up: not really.

“They tend to provide a lot of carbohydrates and larger servings of fruit than someone would eat in solid form in a single sitting, but contain minimal protein,” says Jessica Cording, RD, author of The Little Book of Game-Changers. “This sets you up for a major blood sugar spike and energy crash.”

Even though the sugar in açaí bowls is (typically) naturally-occurring sugar from fruit, without protein, fat, or fiber to slow it down, it still hits the bloodstream pretty quickly, Cording explains. This can leave you famished not long after downing a bowl, causing you to overeat. 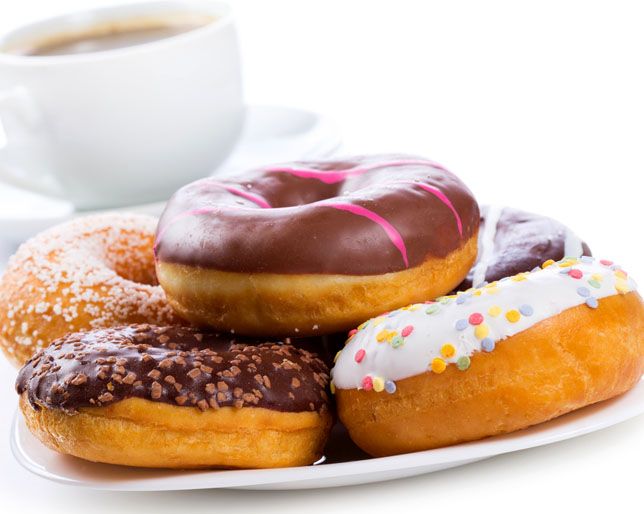 “I applaud the offering of fresh blueberries and strawberries in [the Costco] food court, but am concerned about the 41 grams of sugar,” says Keri Gans, RD, author of The Small Change Diet. It’s hard to know how much of that is naturally-occurring and how much is added—but, regardless, it’s a lot.

Açaí bowls do contain antioxidants, though, Gans says—so at least there’s that.

You can make your Costco açaí bowl a little bit healthier, though.

If you want to make your Costco açaí bowl a little healthier or more balanced, Gans recommends ordering it without the granola and adding some fiber by mixing in chia seeds, hemp seeds, or ground flax seeds. (Heck, you could probably stock up on all that before you hit the food court!)

Still, it’s probably best to think of a Costco açaíbowl as more of a treat than an everyday staple. But really, it’s not like you hit up Costco every day, so…why not?