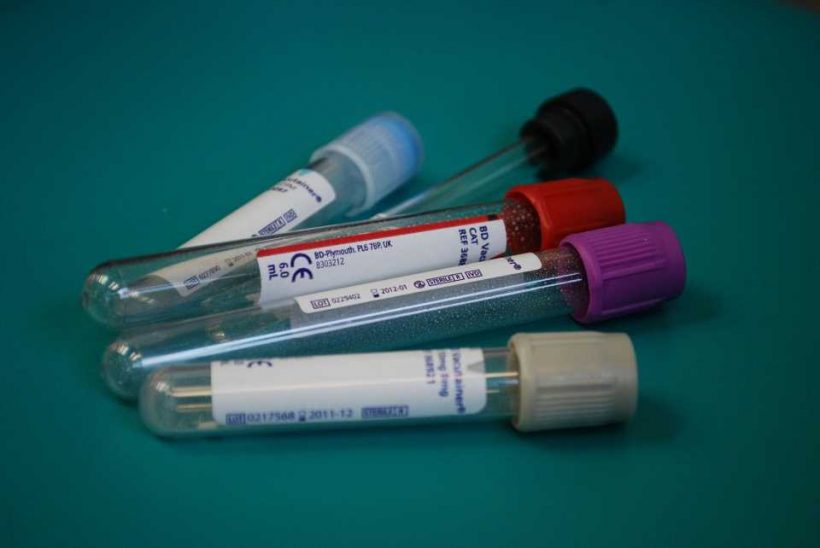 A new blood test can predict how well men with advanced prostate cancer will respond to treatment and could replace some of the existing methods used to characterise and track the disease.

The non-invasive test is less painful and more convenient than tissue biopsies and can help pick out men who are less likely to respond at the start of treatment, or those more likely to relapse later on.

This type of blood test, known as a liquid biopsy, could drive more precise patient care—allowing clinicians to tailor treatment for men with advanced prostate cancer, and to stop drugs that are unlikely to work as quickly as possible.

Researchers at The Institute of Cancer Research, London, and The Royal Marsden NHS Foundation Trust analysed traces of cancer DNA that had entered the bloodstream to assess the ability of liquid biopsies to inform and guide treatment of advanced prostate cancer.

The team looked at more than a thousand blood samples from 216 men with advanced prostate cancer who were taking part in a clinical trial looking at the benefit of the targeted drug abiraterone with or without an experimental drug, ipatasertib.

Next, the team monitored patients with repeat blood tests while they were on treatment, to assess whether liquid biopsies could enable them to predict response to treatment.

Conversely, men whose prostate cancer continued to get worse or stayed the same only saw a reduction of 1 percent or 4 percent, respectively.

Analysing the DNA from the blood tests, the researchers also found specific genetic changes associated with drug resistance—which indicate that men are at risk of early relapse. They detected mutations in the well-known cancer genes, p53, PTEN and PI3K/AKT.

The ICR—a charity and research institute—is focused on understanding and combating cancer evolution and drug resistance. It has £2 million still to raise for a new Centre for Cancer Drug Discovery, which will open later this year and will house an ambitious ‘Darwinian’ drug discovery programme.

Next, the team at the ICR and The Royal Marsden is planning to incorporate liquid biopsies into other clinical trials to assess their benefit in predicting men’s response to treatment.

“Our study shows that a simple blood test could help us track how cancer evolves and responds to treatment—initially as part of clinical trials and eventually in routine care.

“These so-called liquid biopsy tests are minimally invasive, cost-effective and can be performed often and with ease. Tracking prostate cancer with a blood test instead of a painful surgical biopsy could significantly improve patients’ quality of life.

“Our exciting work to develop liquid biopsies is starting to have a real impact on how doctors can track the way cancers evolve and respond to treatment. These simple blood tests detect traces of cancer circulating in the bloodstream and help us anticipate cancer’s next move. They can help doctors come up with personalised treatment plans and to stay one step ahead of the disease.