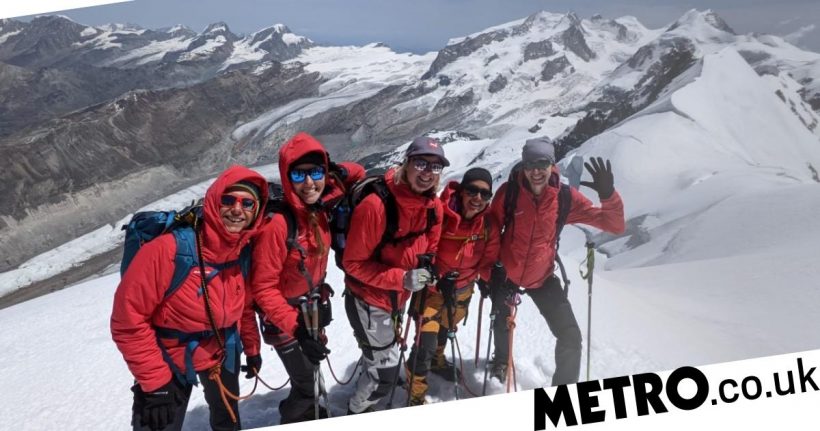 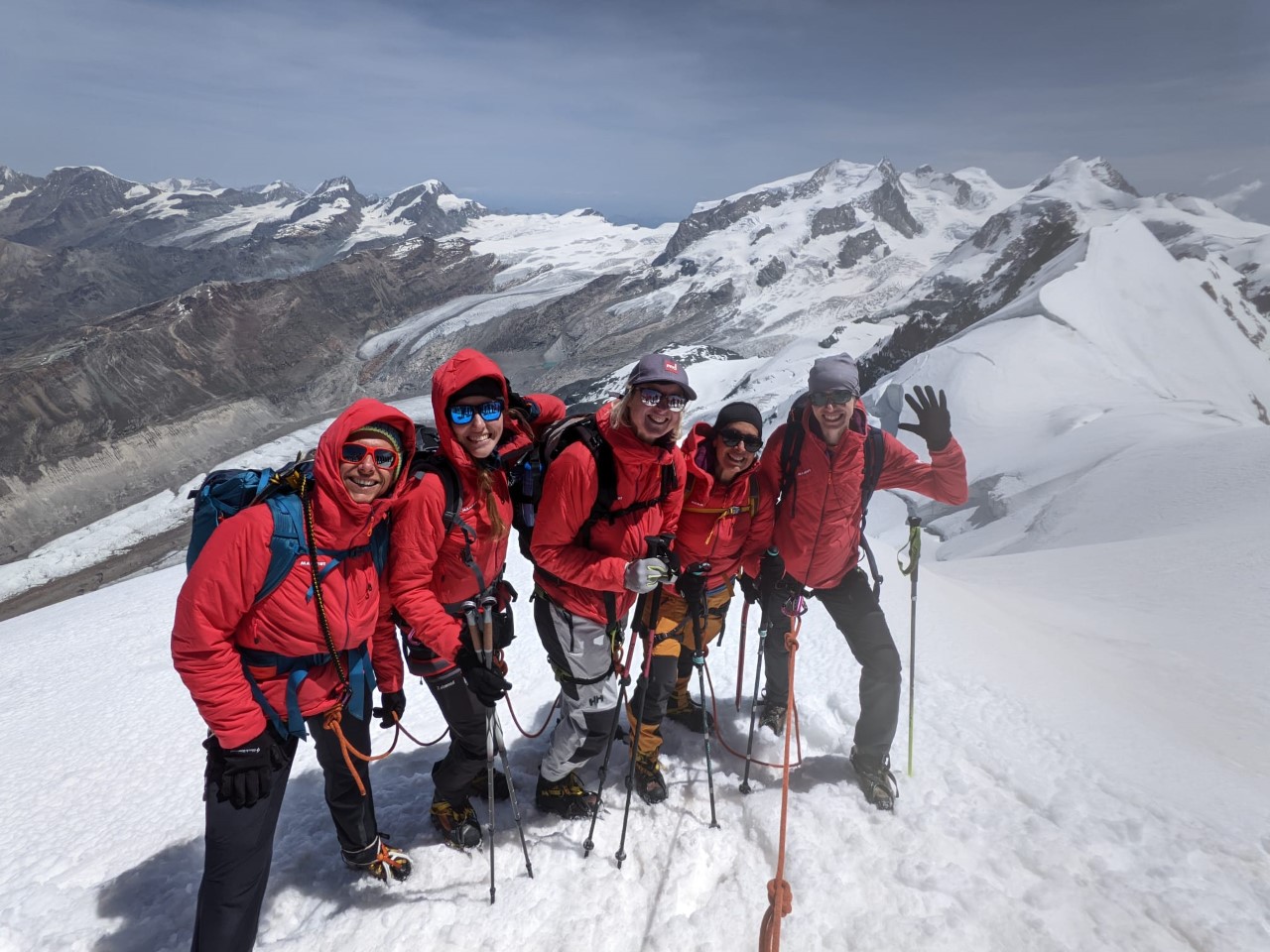 As I looked down over the stern of our ocean rowing boat in the pitch black of night, there seemed to be a mountain rearing up behind us.

But it was no mountain. It was a vast 20ft-tall wave, and the whiteness at the top was not snow but a furious rush of breaking water. The fear gripped my stomach as it rose higher and higher.

I held my breath, waiting for the dreaded ‘pitchpole’ – when the boat fails to make it over the crest of the wave, and is flipped head over heels backwards by the force of the ocean. It’s vastly more dangerous than a normal capsize.

We were drenched as the wave engulfed us. But, miraculously, Mrs Nelson, our boat, withstood the force. In a small voice, I said to Pippa, the skipper of our four-woman crew (The Mothership), ‘Shall we put our life jackets on now?’

‘I think we should,’ she replied, equally terrified by the elements.

It was the only time we put them on during our 40-day row from La Gomera in the Canaries to Antigua in the Caribbean, as part of the Talisker Whisky Atlantic Challenge. That night, I thought, ‘How on earth did I end up here?’

I’ve suffered from anxiety ever since I was a small child – my worries usually triggered by things I read about, from nuclear war to heart disease. For years, I couldn’t get on a plane without hyperventilating, so scared was I that it would crash on take-off. I still can’t bear that feeling of hemmed-in claustrophobia.

As a teen in the 80s, I had such a fear of germs, my friends gave me an early self-help book on OCD: The Boy Who Couldn’t Stop Washing. My chronic health anxiety made being pregnant terrifying, and I became convinced I’d accidentally pick up toxoplasmosis.

Then four years ago, I was made redundant from my job as a magazine editor. I hit rock bottom, with no ounce of resilience left. It was like someone had switched off an adrenalin tap overnight, but without it I couldn’t function. I felt constantly as if I was in fight or flight mode, but facing the brutal reality that I didn’t have any decisions to make any more, and no one cared what I thought.

I worried I might leave my two children, Inès, 15, and Vincent, 13, motherless, and had to confront my mortality by writing a will with my husband Fred

In the aftermath, as I rebuilt my career as a freelance journalist, even a thoughtlessly worded email could send me into a pit of paranoia. I’d presume I’d done something wrong and would re-read emails constantly, looking for hidden meanings or slights.

But in 2019, I was invited to write about a paddle-boarding contest at Lake Annecy in France, and competed in one of the crews. I met Debra Searle, who’d rowed the Atlantic solo when her husband was rescued from their boat suffering from uncontrollable fear of the water after 13 days at sea.

Her description of the race, and its gruelling two hours on, two hours off regime intrigued me. I wondered if I’d be able to withstand such a challenge – and our conversations planted a seed in my head. Inspired, I started rowing again for the first time since 1995, after a decade of walking marathons. I’d rowed at university, competing in the Women’s Boat Race for Oxford, but had hung up my oars a year after graduating. But I discovered being back in a boat was joyous.

I interviewed Kelda Wood, 47, the first disabled woman to row the Atlantic alone, and Pip Hare, 48, who completed the Vendée Globe, a round the world yacht race, in 95 days on snippets of 20 minutes’ sleep.

The message was clear: adventure is for middle-aged women after all. When my friend Jo Blackshaw, who I’d rowed with at uni, called in June 2021 to offer me a place in the Mothership, after someone dropped out through injury, I was ready to accept.

But that’s not to say I didn’t have doubts. It’s so hard to imagine what being out on the ocean would feel like, that saying yes felt overwhelming – and I needed a weekend on the boat to convince me.

The training – 120 hours on the water, sea survival and life-saving – forced me to confront my worst fears. We practised getting into a life raft in full survival suit and were shown pictures of a boat floating upside down.

I worried I might leave my two children, Inès, 15, and Vincent, 13, motherless, and had to confront my mortality by writing a will with my husband Fred, 46. I don’t think you can do a challenge like this without accepting you may die.

At night, I could not help catastrophising, replaying a scene in which the boat flips and I’m trapped in the cabin. Despite that, I never considered dropping out, although I was the crew pessimist. Before our December 12 departure, I assiduously prepared for disaster, making everyone practise man overboard drills.

But what I discovered once we were out there is: if you always imagine the worst, you have less fear in a dangerous situation. Survival instinct takes over, and you adapt. We normalised life on the boat, playing music, singing along to Peter Andre, and having endless stupid conversations about mundane things.

Every night-time brought with it an element of danger because in the darkness you can’t see the threats around you. At any point, we ran the risk of being spiked by a blue marlin, as four boats had been in the previous year. That’s not a pleasant thought while you are trying to sleep, but I managed to put it to the back of my mind.

When we arrived on 21 January, I felt on top of the world. We had made it in one piece, albeit with sore bums and stiff hands.

Completing the race – we came 13th out of 36 - was life-changing. I feel I can do anything now – and have a hunger for more.

In May, I went to the Côte d’Azur to climb the Tête de Chien, above Monaco, and abseiled from the top. Then, another opportunity came my way: would I like to be one of several journalists joining 80 women trying to break the world record for the longest all-female rope climb in Saas-Fee, Switzerland? Of course! This time there was no hesitation – because I know I will be able to stand up to my fears.

On 17 June, five months after returning from the ocean, I found myself 4164m up on a narrow metre-wide ridge on top of a mountain, the Breithorn. It felt exhilarating – especially as the ascent had put me more out of my comfort zone than the row. I find being on water reassuring, even on a boat 1500 miles out into the middle of the Atlantic with no one around, but on a mountain it’s the thought that one wrong step could end in disaster that troubles me.

Even the training day, on a glacier riven by huge crevasses, was terrifying. Trying to cross a narrow, foot-wide ice bridge, I’d put my foot through snow into nothingness.  The heatwave was thawing frozen snow bridges.

Luckily I fell back onto solid ground – but looking down, I could see the echoing emptiness of the crevasse beneath, tens of metres deep. I could so easily have tumbled in and been left hanging. But you can’t let that thought disturb you – there was nothing else I could do but take a deep breath and continue.

The following day, we conquered the Breithorn slowly and steadily together. I discovered mountain climbing is uniquely empowering: you are roped together in case one falls on a steep slope or into a crevasse, and it requires intense team-work to move together as one.

Aged 51, I’ve now crossed an ocean and achieved my first 4000m peak. I did what the title of the book that used to rest on my parents’ bookshelf told me to do: I felt the fear and did it anyway.

When my dad, who had OCD, died, I realised he’d spent his whole life worrying, and for what? Nothing. We can’t control the uncontrollable. Feeling anxious is a natural part of life, and I will always experience it. But the difference is now I have the self-belief to overcome it.

Becoming an adventurer in my 50s means making up for the opportunities I passed up because of anxiety. To live life fully, we have to take a step into the unknown. I know now the rewards will always outweigh the risks.

For more about the world record climb, see here.