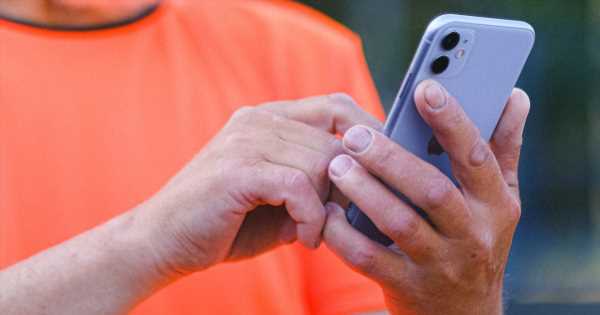 A hospital in Oklahoma City put its intensive care unit on lockdown this past Friday, following what it called “baseless attacks” online regarding its COVID-19 protocols.

In a letter sent to employees provided to Healthcare IT News, Mercy Hospital Oklahoma City Community President Jim Gebhart and Dr. Jesse Campbell, president of Mercy Clinic Oklahoma, said that the ICU would be locked down until further notice, with 24/7 security posted at the emergency room entrance and continuously rounding throughout the hospital.

“Individualized security plans are in place to protect co-workers who have been threatened online,” said Gebhart and Campbell in the letter.

Gebhart and Campbell acknowledged social media attacks against the hospital and staff from “a local organization – the same group that protested on our campus earlier this week.”

“There is truly nothing more important to us than your safety. We have a team monitoring these online attacks in real time,” said Gebhart and Campbell. “Every level of our ministry is deeply concerned and committed to doing whatever it takes to protect our co-workers against these baseless attacks.”

On Friday, the hospital filed a motion for a temporary restraining order against Daniel Navejas, founder of a group called Ekklesia of Oklahoma.

Ekklesias describes itself on its website as a “global movement of Christ followers and concerned citizens responding to the growing social, political, and economic crises with practical Biblical principles and models that solve specific community and national problems.”

According to public Facebook posts made by Navejas, the group protested Mercy in person this past Tuesday after a local parishioner was admitted to the hospital.

The conflict appears to stem from the hospital allegedly not increasing the patient’s dosage of budesonide, a corticosteroid used for conditions such as asthma or Crohn’s disease.

Although some trials have found benefits from inhaled budesonide for time to recovery, research is still divided as to whether it reduces hospital admissions or deaths from COVID-19.

This December, the National Institute for Health and Care Excellence in England removed the drug from recommended treatments for patients not participating in clinical trials, saying there was “no statistically significant difference” between patients treated with inhaled budesonide for COVID-19 and those who received usual care.

Although NICE noted that inhaled budesonide reduced the need for oxygen administration and shortened recovery time, it also said “corticosteroids can potentially affect wellbeing without affecting the COVID-19 disease process.”

“Giving the increased dosage demanded by Plaintiff was contraindicated by [the patient’s] critical condition and, in the professional judgment of the numerous qualified medical providers providing care to [the patient], would require them to provide treatment below the standard of care,” said Mercy in its complaint.

In a post dated February 7, Navejas referred to the hospital providers as “wicked Marxist[s]” who “murder God’s people.”

Videos posted to Facebook on February 8 show the protesters declining to leave Mercy’s premises when asked by police officers – who said they were preventing people from entering – and eventually being arrested. They were released later that day. Navejas accused the hospital in a video posted the same day of only getting paid if patients die.

In a Facebook post included in the complaint but no longer publicly available, Navejas posted a photo of a doctor at Mercy with the word “MURDERER” super-imposed over it.

“You are a worthless doctor and should be ran [sic] out of town,” he wrote, according to court documents. “I call for resignation today!! Everyone should call mercy hospital and demand this doctor be fired!”

The hospital said that the doctor’s personal address had been attached to Navejas’ “dangerous and inciteful post,” and that “his wife and his small children are in fear for their lives.”

“The tone of Defendant’s Facebook post is quickly escalating and will likely lead to violence soon,” said the hospital in its complaint. “To prevent this irreparable injury, this Court should issue an order that such social media [posts] be removed and prohibiting all similar social media posts in the future.”

On February 11, Navejas described the hospital as being “complicit in murder for hire.”

“I will be filing charges of murder against this doctor, the hospital, and the staff,” he said.

In their letter to employees, Gebhart and Campbell said that Mercy is “pursuing a restraining order and additional legal action against this group.”

“Additional Mercy security co-workers and uniformed police officers will be visible in the hospital and on campus around the clock for the foreseeable future,” they said. “Security will also be more present at some of our Mercy Clinic locations that were named online.”

They encouraged staff to contact security if they felt uncomfortable walking to and from their cars or saw anything suspicious on the campus.

“It’s important that you know every one of the claims made against our hospital and co-workers are categorically untrue,” said Gebhart and Campbell in the letter.

“Here’s what you should be certain of,” they continued. “There is no such thing as a Fauci protocol. There are no government vouchers for using certain medications or treatments for our patients with COVID-19. We do not make money from the heartbreaking deaths of our patients.  And our co-workers are not murderers.

“You all are incredible, devoted caregivers who respond to a calling to dedicate your lives to healing the sick. You have endured enough during the past two years, and we will not stand by and allow you to be verbally attacked,” they said.   On February 14, the court granted a temporary injunction against Navejas.

In a Facebook post on February 15, Navejas said that “the Ekklesia of Oklahoma nor myself have ever [threatened] nor [encouraged] violence against Mercy Hospital nor their employees … This rhetoric is a nothing [sic] more than a scheme to cause an overarching story of fear and drama to take away from the fact that an innocent man has died under the care of this hospital and the doctor involved.”

Attempts to reach Ekklesia and Navejas for comment were unsuccessful.

“We are proud to serve with you,” said Mercy’s Gebhart and Campbell in their letter to staff. “We know you are tired and weary, but please try your best to put these baseless claims out of your mind.