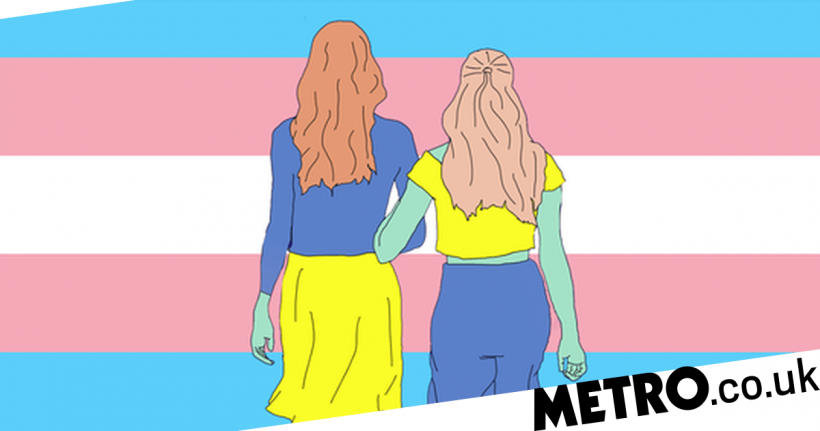 The 16-year-old trans girl in front of me was in tears.

As a gender specialist counsellor, she had come to me for mental health support, explaining that she had been trying to access treatment via the NHS’ Gender Identity Development Service (GIDS) but couldn’t.

It was a requirement that she present as female, as an indication that she was ‘progressing’ in her transition, but she wasn’t ready to do that as she was scared she would be bullied at school.

But she went through with it anyway as she desperately wanted to access gender-affirming hormones, which in this case was oestrogen.

Just a few months later, she came to see me again and told me her fears had come to pass. She opened up about being viciously bullied by other students and even tutors at her school for presenting as female.

She was now dealing with depression and anxiety, but she told me she had been denied treatment – again – because GIDS told her that her mental health needed attention first.

This cruel cycle is the sad reality for many trans patients I work with who are looking for treatment.

As it currently stands, trans people cannot access healthcare without jumping through harmful and unnecessary hoops first – and it’s having disastrous consequences. These delays often result in the development of negative behaviours such as addiction or eating disorders.

My colleagues and I try to offer support within 24 hours, so people can talk about the things affecting them as and when they’re happening. If they are left unattended then a week or two down the line, the trauma will have already had a negative impact and potentially stay with them for a lifetime.

As a trans woman, who specifically cares for trans people, I thought accessing medication would be straightforward – but I was still turned down on my first attempt.

I went down the NHS route and, in the end, it took around three years to start treatment.

I’m not alone. Just last month, trans boy Harry Steel had to wait 29 months for an appointment at a Gender Identity Clinic (GIC).

Trans boys make up the overwhelming majority of the young people I work with as a therapist. As these boys start to go through puberty, their dysphoria increases – this means that they see the changes taking place on their own bodies and feel that they are powerless to do anything about it.

Often, they struggle to be believed and heard by those around them, which is horrendously painful and dehumanising.

It’s not just trans youth who find it difficult to access care. I get a lot of youngsters being sent to me by their parents to try to ‘get their head clear’ when actually it is the parents that need the counselling – the young person just needs to be taken seriously, and treated with compassion.

Where possible, we encourage parents to be part of their child’s transitioning process, making it clear that when trans people have easy access to treatment, they can concentrate on things like their education, work and simply building a life that is authentic to them.

I also see older trans women and some trans men who, after a lifetime of fear decide they would like to access Hormone Replacement Therapy (HRT) in order to start a physical transition, but are faced with red tape.

One 82-year-old brain surgeon came to me having spent decades hiding their gender identity for fear of losing their career and family. When their wife passed away, they reached out so that they could feminise in their twilight years and be the real them at the end of their life.

Many older trans people prefer not to use the NHS, due to the worry that their age will be a barrier to them accessing treatment. The main fear is that they won’t be believed – the general notion being that if they were truly trans, they would have done something about it years ago.

The gender affirmative counselling we provide gives trans people a safe space to talk about how they feel without having to prove anything to anyone.

But there’s only so much we can do. The majority of trans people just want a happy life but unfortunately, a small but vocal minority in the UK are fuelling the anti-trans rhetoric, which paints a picture of a country besieged by trans people actively recruiting, infiltrating public rest rooms with a hidden agenda, trying to corrupt innocent cis children and young adults.

For years, the stereotypical representation of a trans person was that of a man in a dress, a villain in a movie, a pantomime dame or a sensationalised story on the front page of a newspaper.

These notions are false and utter rubbish yet they endure, hurt and harm. Stonewall’s 2018 Trans Report found 41% of trans people have experienced a hate crime or incident because of their gender identity in the last 12 months alone.

The sad reality is that trans people are also disproportionately affected by rates of self-harm and suicide. I fear these issues will only get worse while we’re in lockdown.

As things currently stand in the UK, gender variant individuals are required to convince healthcare professionals that they are trans before they can access help. It’s like telling the doctor you have a headache and them making you prove it. This has to change. If someone is trans, they are trans.

In addition, the Gender Recognition Act (GRA) requires trans people to undergo psychological assessments, despite the fact that trans people are not ill. We don’t need a psychiatrist to prove our sanity. We should simply be able to apply for a correction of our birth certificate, and be treated accordingly.

As time has moved on, the majority of people have become more open to accepting that the cisheteronormative experience is not everyone’s truth; research suggests it sits at about 70% of the UK population.

However, there will always be those who do not accept the idea of ‘different’. If we are to have any hope of challenging this, we need the majority to stand alongside us and call out these myths whenever they crop up.

We also need the political will to back this up because without it, we won’t achieve any meaningful change.

That’s why Transgender Awareness Week (13-19 November) is so important. It is all geared towards one objective: increasing understanding in order to reduce prejudice.

It’s an opportunity for transgender people and their allies to take positive action to educate the public about what it means to be trans, by sharing first hand experiences along with insight and information.

It was life-changing for me to see that trans people existed at all, certainly back in the 80s and 90s.

It is really important that we stay visible, if for no other reason than to give hope to others who are questioning their gender. This is precisely why I am active on Twitter – I regularly put out positive affirmation about being trans and the things happening in my life, to show just how normal it is.

This type of advocacy work is bread and butter to me as a trans woman. In just being myself – talking to people, showing them that I am just getting on with my living, that I am nothing to be feared – I am helping to normalise the notion of what it means to be transgender.

We will continue to fight for easier access to healthcare and treatment because we know how vital it is for trans people just to feel comfortable in their own skin.

My biggest hope is that we get to people in time.

Marianne Oakes is the lead therapist at GenderGP.com.

MORE : When trans people are allowed to be our true selves, we thrive

MORE : The US has elected a record number of trans people – when will the UK follow suit?

MORE : As a transgender woman, lockdown has rocked my confidence when leaving the house