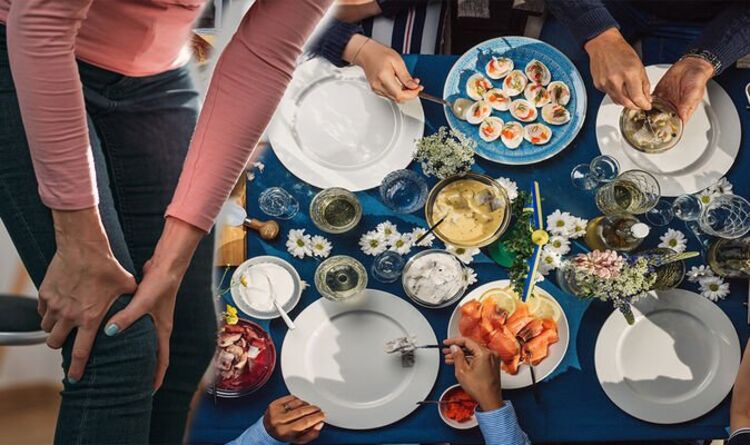 Arthritis is one of the most common conditions in the UK, affecting more than ten million people. Studies have consistently highlighted the importance of lifestyle changes to reduce symptoms, with diet playing an invaluable protective role against the condition.

According to a study in Arthritis Care & Research, people with arthritis who ate fish at least twice a week reported less joint swelling and tenderness than those who rarely or never did.

The findings also suggest that the more fish they ate, the less active their disease was.

In the study, 176 people with arthritis answered questions about their diet over the past year.

The researchers also looked at the patients’ disease-activity scores, a measure that takes into account the number of swollen and tender joints they have, as well as a blood marker of inflammation.

Disease-activity scores were an average of half a point lower for people who ate the most fish (twice a week or more) compared to those who ate the least (once a month or never).

A score of less than 2.6 indicates remission, while a score greater than 5.1 indicates active disease.

A half-point reduction is clinically significant, noted the researchers.

DON’T MISS
Paracetamol: Toilet warning signs you’ve taken too much [INSIGHT]
Visceral fat: The everday fruit that can reduce the belly fat [TIPS]
Doctor’s warning: The common mistake when having a poo [ADVICE]

The authors concluded that higher intake of fish may be associated with lower disease activity in people with arthritis.

“With that type of improvement, we would generally expect that a patient would feel noticeably better,” added lead author Doctor Sara Tedeschi, associate physician in rheumatology at Brigham and Women’s Hospital.

When it comes to foods to avoid in your diet these include: