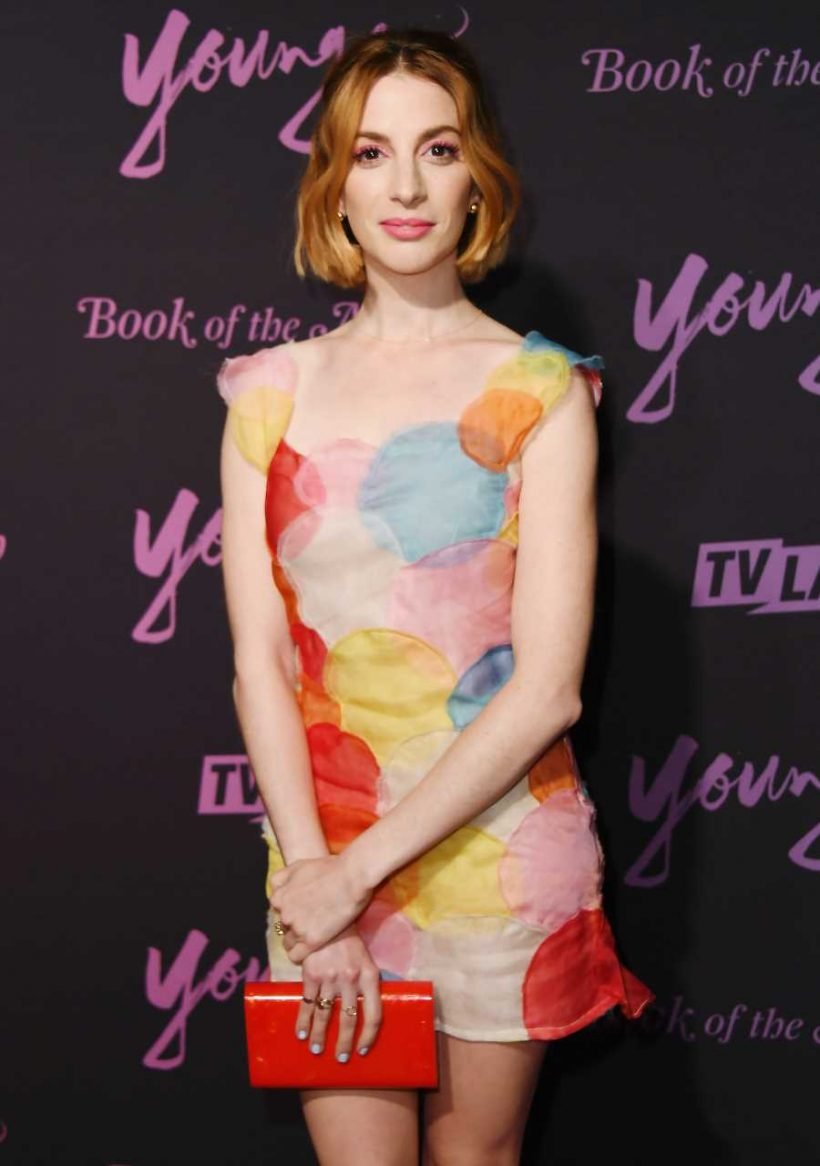 Banks Violet is one lucky baby to have such a doting godmother in Molly Bernard!

The Younger actress chatted with PEOPLE on Tuesday at her TV Land series’ season 6 premiere party in Brooklyn, New York, where she opened up about how she earned the honorable title after her pal and costar Hilary Duff gave birth to her second child on Oct. 25.

“I’m her godmother, which is great!” said Bernard, 31, sharing that she was at Duff’s house this past weekend “hanging out and watching” both Banks and her 7-year-old big brother Luca Cruz.

Bernard wasted no time broaching the subject with Duff, 31, telling PEOPLE she made it clear she was willing to step up as one of Banks’ most trusted adult allies.

“After [Banks] was born, I was like, ‘Oh, does she have a godmother?’ And Hil was like,” she concluded, pointing at herself.

Bernard — who plays Lauren on the show — isn’t the only one of Duff’s costars to cheer her on as she experiences second-time motherhood.

In February, Nico Tortorella willingly tried a cup of her breast milk, which he discovered was not as bad as he initially thought it would be.

Immediately after taking a sip, Tortorella, 30, stated in surprise, “Oh my God! It is delicious!” which prompted the actress to hold up her freezer bag of breast milk to prove that he had, indeed, tried it.

Duff herself recently opened up about her struggle in breastfeeding her daughter, who is her first with fiancé Matthew Koma. (She shares Luca with ex-husband Mike Comrie.)

Last month, the Lizzie McGuire alum revealed she had stopped breastfeeding because she was struggling to pump breast milk while filming on the set of her TV show.

“Felt so lucky to be so close to [Banks] and give her that start. I know many women are not able to and for that I am sympathetic and very grateful that I could. For six wonderful months,” she wrote on Instagram. “But I needed a break. I was going to break. With the stress of a dropping milk supply and a baby that was getting bored or not caring about nursing when I was available to.”

Duff continued, “I was sad and frustrated and feeling like a failure all of the time. When really I’m a bad ass rock star. Moms get high on feeling like superwoman … because we are! Doing too much, because we can!”