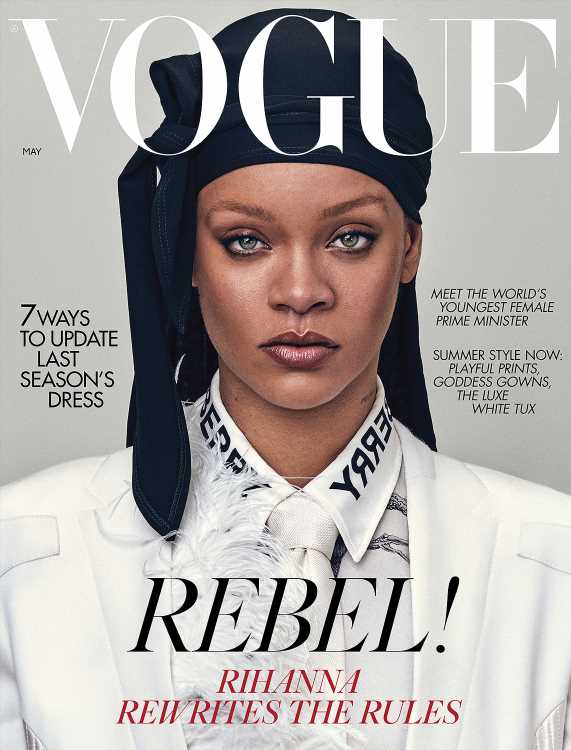 From “FourFiveSeconds” to three or four kids!

Rihanna is British Vogue‘s May cover star, and opens up in the magazine’s pages about what her 10-year plan looks like — including becoming a mother, with or without a romantic partner.

“I’ll have kids — three or four of ’em,” says the singer, 32, quipping without hesitation when asked if she’d do it as a single mother, “Hell, yeah.” (PEOPLE confirmed in January that she and billionaire Hassan Jameel had split after nearly three years together.)

How I Parent: A Single Mom of 2 Shares How She Raised Both Kids Without Their Fathers

The pop/R&B star previously opened up about her desire to be a mom in a June 2019 chat with Sarah Paulson for Interview magazine, saying she wants kids “more than anything in life.”

Rihanna graced the cover of American Vogue this past November, telling longtime Editor-in-Chief Anna Wintour in a Q&A video that her future in motherhood was part of “God’s plan” and joking that she was looking “forward to all of the pregnancy rumors after this interview.”

She also said that she “Without a doubt” wants children, in her accompanying interview with Abby Aguirre.

Rihanna’s hands-on approach to her plans for the future is also present in how she handles her work. As she tells British Vogue, she writes “all of the copy for the websites, the product descriptions, product names” and “the color names” for her Fenty Beauty product line.

“I do have a huge team, but I just don’t necessarily think their tone is mine,” explains the “Umbrella” singer. “I’d feel like a fraud selling something that I can’t stand by.”

As far as the success of the brand, “I’m shocked by people saying, ‘Oh my God, what made you think of making makeup for black girls?’ I’m like, ‘What? You thought this was like a marketing strategy? Like I’m a genius?’ ” Rihanna says. “It’s shocking most of the time, then it turns into disappointment that this is groundbreaking right now. In my mind, this was just normal.”