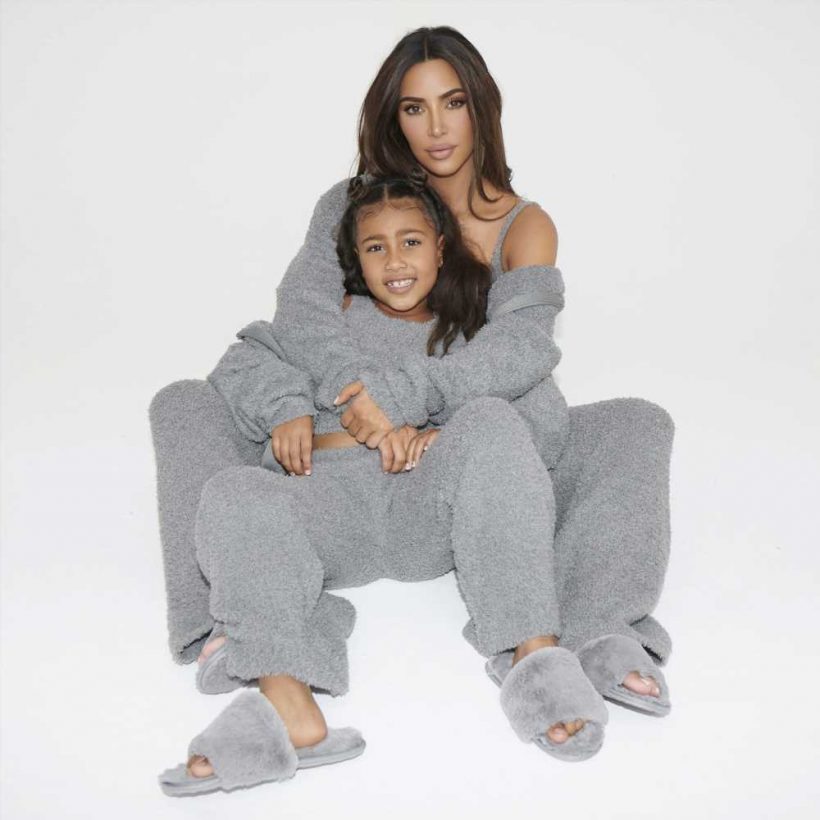 North and Chicago might just go into the family business.

Kim Kardashian West has enlisted her daughters and some of their closest friends to model for the Keeping Up with the Kardashians star's new SKIMS Cozy Kids collection, a loungewear offshoot of the brand, that is set to launch alongside a similar adult line.

"The drop you've been waiting for: NEW @SKIMS Cozy styles and our first ever sets for KIDS!" Kardashian West, 40, captioned an Instagram post announcing the collection, where she poses with her older daughter.

In the post, she and North, 7, model matching attire in head-to-toe gray, from the knit tops and pants to fuzzy flip flops in the same color. "Launching on Thursday November 19 in 5 colors, sizes XXS – 5X, and children's sizes 2T – 14 at 9AM PT / 12PM ET exclusively at SKIMS.COM," Kardashian West continued in her caption. "Preview the full collection now and join the waitlist to receive early access to shop."

Showing off some of the pieces on her Instagram Story, Kardashian West said, "We're doing hoodies that zip up, with the little tank. I can't wait for you guys to see this photo shoot, first of all — North and all her friends and [22-month-old Chicago] and all her friends."

"Look at these little robes," she continued. "I've been cutting these up for North, and these are official [now]. Pants, we're doing shorts, robes, hoodies and tanks."

Also part of the campaign are the daughters of family friends Tracy Romulus and Khadijah Haqq McCray, who posted previews of the collection to their own Instagram accounts. Kardashian West previously dropped a campaign to mark the one-year anniversary of the shapewear brand.

"To celebrate our upcoming @SKIMS 1 year anniversary on September 10th, we’re giving thanks to our amazing community!" Kardashian West said on Twitter. "I'm so excited to introduce our Anniversary Campaign featuring our biggest fans and some of the most beautiful women who inspire me."

"Thank you to everyone who has made Skims possible. It's been an incredible year and I'm so thankful for your support," Kardashian West tweeted.