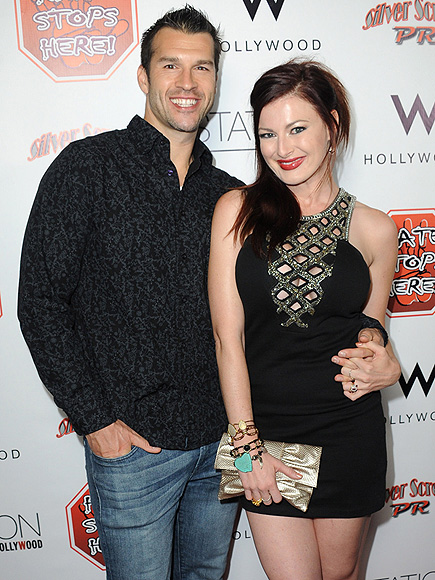 Rachel Reilly and Brendon Villegas have given their daughter a little brother!

The Big Brother alums welcomed their second child together, a son, Villegas announced on Twitter Wednesday night. He added that they haven't decided on a name just yet.

"Thank you for all the well wishes for Rachel and the baby. Rachel and our baby boy are both healthy and doing well," he wrote. "They are recovering at UCLA. I am sure it will not be too long until Rachel shares some pics, but I will leave that up to our momma warrior. No name as of yet."

Reilly, 36, and Villegas — who also share Adora Borealis, 4½ — revealed to PEOPLE in May that they were expecting their second child after "trying for a while." Said Reilly of her pregnancy at the time, "We are beyond excited."

Welcome to the World! See All of the Celebrity Babies Born in 2020

The second-time parents revealed the sex of their new addition back in September, telling PEOPLE they were "so excited" to bring a baby boy into the family.

"It's going to be so fun to have a girl and a boy! Adora is going to teach her baby brother so much and I can't wait to meet him," Reilly said at the time, admitting that she "totally wanted a baby boy."

And while the couple had hoped for a son, Villegas, 40, said the most important thing is that everyone is healthy. "Of course we both wanted a boy, but when you become pregnant immediately before the onset of a major pandemic, all you can focus on is keeping your family safe," he said.

Reilly and Villegas said in September that they were anxious to see how their son will differ from their daughter, whom Villegas said is an "amazing child who is full of energy."

"I imagine having a boy will be different in all the ways we traditionally imagine — e.g., getting peed on while changing a diaper," Villegas teased. Even more, their son will be the "first to carry the family surname."

When his wife broke the news, Villegas said he was "beside [himself]." However, Reilly added that her sex reveal to her husband didn't exactly go as planned.

"I made him and Adora cupcakes and I wanted the inside to be blue but I didn't have blue icing or chocolate or anything," she told PEOPLE. "I had green chocolate, so I put the chips in the center!"

"Brendon took a bite and said they were good, and I asked if he liked the inside — he was not getting it!" she recalled. "I finally said to him to open the cupcakes and he said, 'Oh cool.' I was like, 'They are green,' and he finally got it!"

The couple first met in 2010 on season 12 of Big Brother, before returning to the house for a second time the following year, when Reilly won. They later appeared as a couple on two seasons of The Amazing Race.

Villegas and Reilly tied the knot in September 2012 atop the AT&T Center in downtown Los Angeles.