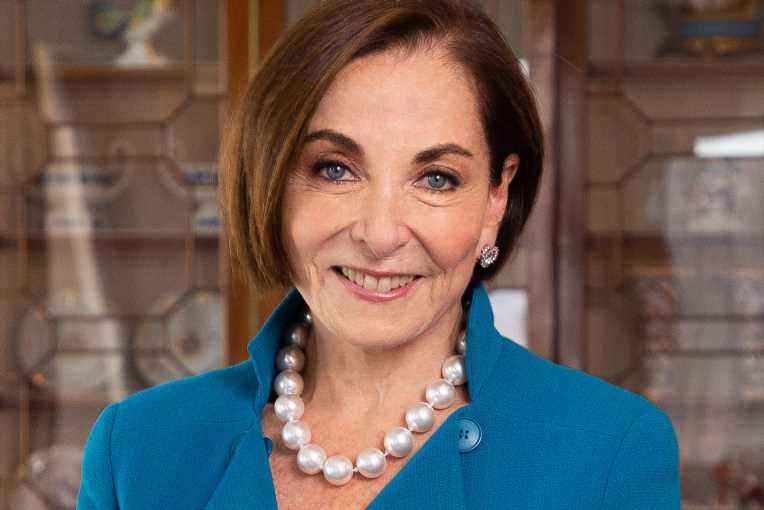 In a major corporate appointment at the Estée Lauder Cos. Inc., Sara E. Moss, the firm's current executive vice president and general counsel, has been named vice chairman.
Moss will have three key areas of focus in her new role, the company said. First, she will serve as a senior adviser to the executive management team, the board and the Lauder family.
She will also act as a liaison between the Lauder family and the board, while helping to advance a framework to enable the company’s long-term and sustainable success as a family-controlled, public company.
Thirdly, Moss will work with chief executive officer Fabrizio Freda and senior company executives to oversee Lauder’s global programs focused on developing female leadership in the company. She will report to Freda and executive chairman William P. Lauder.
The position is a new one for the company, which went public in 1995 and has a dual-class stock structure, with the Lauder family owning about 40 percent of the total common stock (through both Class A and Class B shares) and about 87 percent of the voting power, according to the company’s web site.
The timing of the appointment comes as a new generation of family members comes of age, said Lauder in an exclusive interview.
“The fourth generation is composed of seven people, six of whom are either in college or have graduated and are moving on to other parts of their life,” said Lauder. “We also have two generations of family members who are still alive and active. Someone with Sara’s wisdom and experience who has the trust of both the family and company are important elements as to why we thought this would be a good position to have in the company.”
Moss joined Lauder in 2003, and was one of the first female general counsels of a Fortune 500 company. Prior to Lauder, she was senior vice president and general counsel at Pitney Bowes Inc., and also served as assistant U.S Attorney for the Southern District of New York, among other jobs.
In her role, Moss will help ensure that the dual-class structure remains viable for the foreseeable future. “Some companies in Silicon Valley are doing with a dual-class structure and the SEC is looking askance,” said Moss. “We have had a dual-class structure in place successfully, and we want to make sure that this endures in the right way and with the best practices.
“We are a family-controlled public company and that is very much part of our magic,” she continued. “The relationship between the board, the family and the c-suite is very strong. You see it in our stock price and our energy and agility. Family values are very important to us and I would like to strengthen that.”
The company’s board consists of 16 members, four of whom are Lauders — chairman emeritus Leonard A. Lauder; chairman of Clinique Laboratories Ronald Lauder; Jane Lauder, the global brand president of Clinique, and William. While no members of the fourth generation have joined the company in an official capacity, either operationally or on the board, William Lauder didn’t rule it out. Nor did he rule out the possibility of the company appointing an outsider as chairman of the board.
“There’s no hard and fast rule that says it must be a family member, and there’s no rule that says it shouldn’t be,” he said. “It’s a matter of in the future who is the most capable person to lead the board.”
Moss’ other key remit will be to oversee Lauder’s global programs focused on female leadership and career development. A mother of four, Moss has been a key sponsor of company initiatives like the Women’s Leadership Network in the U.S. and its Hispanic Network.
“Sara’s passion for developing women leaders will build on Mrs. Estée Lauder’s legacy as a company ‘founded by women, for women,'” said Freda, “and will further strengthen our ability to attract and retain the most talented women in the industry.”
Rose Marie Bravo, a Lauder board member and the former vice chairman and ceo of Burberry Group, said the board was eager to tap into Moss’ passion and judgment in her new role. “Sara is someone we women in the company look up to and wish to emulate,” said Bravo. “She has this great judgment and wisdom, and we the board wanted to pipeline into that and expand her role from daily counsel to one of mentorship and advisory.”
Bravo noted that Moss established and funded the Sara Moss Women’s Leadership Training Program at New York University Law School, and reiterated the importance of the company’s prioritizing inclusion and diversity.
“The board and the family feel it is critical to continue to see progress on diversity and inclusion,” she said. “It is Fabrizio Freda’s number-one priority as we become more and more global in our business, from an employee and a customer point of view.”
Now Moss is charged with expanding the scope of such programs on a global basis, and is eagerly planning her travel schedule.
“We have done quite a bit in the U.S. and North America,” she said, “and in Asia and Europe and emerging markets, we are starting the Women’s Leadership Network. There is a lot of excitement.
“There is a lot of opportunity around the world and the company is committed to this,” she continued. “It’s been demonstrated that companies with women leaders do better. We want to walk the talk and I think we can do even better.”
Source: Read Full Article