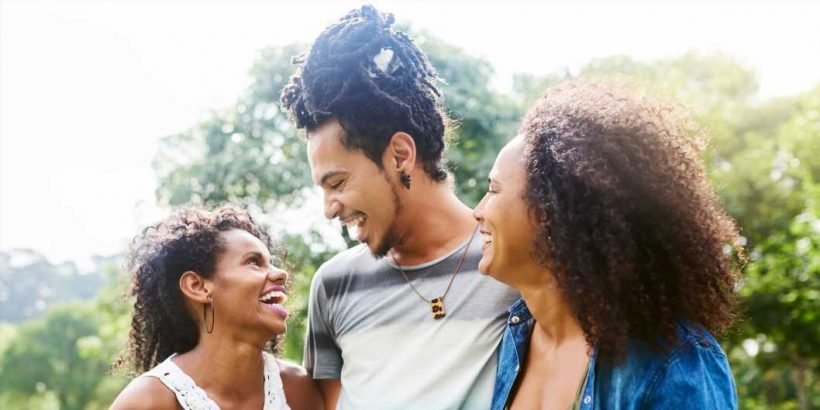 Monogamy—it’s not for everyone. What was once the societal norm is now merely one of the many relationship choices out there.

Today’s dating scene offers a buffet-style array of non-monogamous relationship styles. But from open relationships to polyamory, it can be hard to get your head around the labels, and how they actually play out in practice.

What are the different kinds of non-monogamous relationships?

You’ve probably heard people talking about open relationships—but what are they, exactly? The term is not as clear-cut as it may sound. In fact, it can actually be applied to a variety of relationship styles, all of which have one oh-so-important thing in common.

“It means that you are not in an exclusive relationship with your partner,” Sonnenbaum explains. “It usually refers to sexuality, so either one or both partners have the option to have sex with other people outside of the relationship.”

Next up, a term that is what it says on the tin. Monogamish partners are mainly monogamous in their sexual choices. However, as the name suggests, they may both be willing to stray from this when the mood takes them.

“It depends how people define it themselves,” says Sonnenbaum. “It’s for people who are mainly monogamous, but who are also open to their partner having sex with other people.”

If you’re looking for a way to spice up your currently monogamous setup, you might have just found it. As Sonnenbaum explains, this choice could help you to add a brand new—and ultimately thrilling—dimension to your relationship.

“What we say in monogamish relationships is, ‘I choose to be with you. I may have sex with other people, but I choose to put you first.’”

The word “swinging” may conjure images of fish bowls filled with car keys, but it doesn’t have to be that way. The contemporary incarnation of this relationship choice could mean a range of things, including having a long-term arrangement with another couple.

“Swinging could be an open relationship. However, it is usually the case that couples meet other couples that they have sex with. So, basically, they are looking for other partners only in other couples,” says Sonnenbaum. “That means that they would not have sexual contact with people who are not in a couple.”

“It could be two couples having a longer swinging relationship with each other or it could be just swinging at clubs and having casual sexual contact there,” Sonnenbaum adds.

This type of non-monogamous relationship style allows partners the freedom to have multiple romantic and sexual relationships at the same time.

Every polyamorous situation is a little bit different. Here, four polyamorous people explain what their love lives are like.

But wait just a minute—what about setting some ground rules here? Well, that’s where hierarchical polyamory comes into play. This next choice means that couples decide which of their relationships is their major focus, i.e. the ‘primary relationship,’ but can still have other relationships outside of that.

The general idea is that you put your primary partner first in this type of non-monogamous relationship. You may dedicate more time to them, run certain things past them before you do them, and treat them as a full-time life partner.

“Polyfidelity means that there are multiple partners having long-term relationships,” Sonnenbaum says.

While that may sound a lot like polyamory, there is one big difference between the two. While polyamory is considered an “open” relationship style, polyfidelity is “closed,” in that the multiple people involved do not have relationships with people outside their group.

Here’s a type of non-monogamous relationship that throws the rulebook straight out of the window. Yes, relationship anarchy is just that: an entirely open sexual situation. In short, people can have sexual and romantic interactions with whoever they want and ditch the labels.

“Relationship anarchy basically means that people refuse to define the relationship in any way,” says Sonnenbaum. “There may be rules, such as being compassionate and kind to each other, but people can do what they want sexually.” All bets are off.

What should I know before entering a non-monogamous relationship?

Now that you’re well-versed in non-monogamous relationships, you may be itching to give one a whirl. Before you do, it’s important to make sure that your current relationship is completely solid. Opening up your relationship is by no means a band-aid to hold an already-breaking situation together.