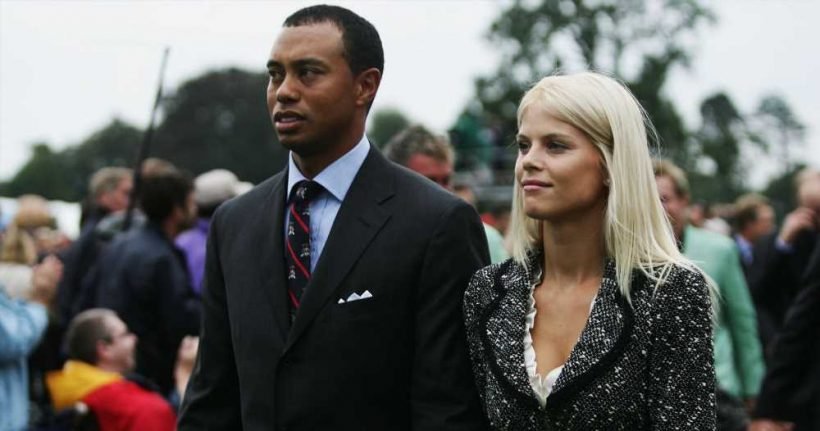 Making it work! Tiger Woods and Elin Nordegren split in 2010, but have been coparenting their daughter, Sam, and son, Charlie, ever since.

The athlete and the Swedish model, who tied the knot in 2004 and started growing their family three years later, both moved on after his infamous cheating scandal. Woods went on to date Olympic skier Lindsey Vonn from 2012 to 2015, followed by Erica Herman. Nordegren dated Chris Cline on and off and was last spotted with the billionaire in 2016.

In June 2019, the former nanny debuted her baby bump at her son’s soccer game in a black tank top and matching tights, paired with flip flops and a baseball cap.

Earlier that same year, Justin Timberlake praised the professional golfer on his fatherhood skills. “We discussed how we want our children to see us and how you balance your dedication to them with competitive drive,” the singer wrote for Time’s 100 Most Influential People in April. “Tiger told me that he hoped his children, who are 11 and 10, would one day see him win a major.”

When the athlete reached this goal, he “hug[ged] his children on the same hallowed ground he hugged his father 22 years ago, amid all the adulation, a Masters champion once again,” the “Cry Me a River” singer wrote.

To accomplish this, Timberlake explained, “Tiger rehabbed rigorously from surgeries and returned to the top of the game. While pundits doubted he’d ever win again, Tiger’s commitment never wavered. Tiger spent countless hours in the gym, and on the golf course, with a singular goal in mind. All the work he did when people weren’t watching.”

Keep scrolling for a look at the former couple’s quotes on coparenting over the years.