Jimmy Kimmel’s son Billy had heart surgery in 2017, and now the 2-year-old is “doing great.”

“He thinks he’s Spider-Man now, so we’re safe from crime,” the Jimmy Kimmel Live! host, 51, told Us Weekly exclusively at L.A. Loves Alex’s Lemonade Brings Together Culinary & Entertainment Stars on Saturday, September 14. “He wears the costume all the time. He’s shooting webs all over the house.”

While Billy hasn’t worn his superhero outfit to school “yet,” Kimmel said, “He goes to preschool as his secret identity and then turns into Spider-Man when he comes home.” 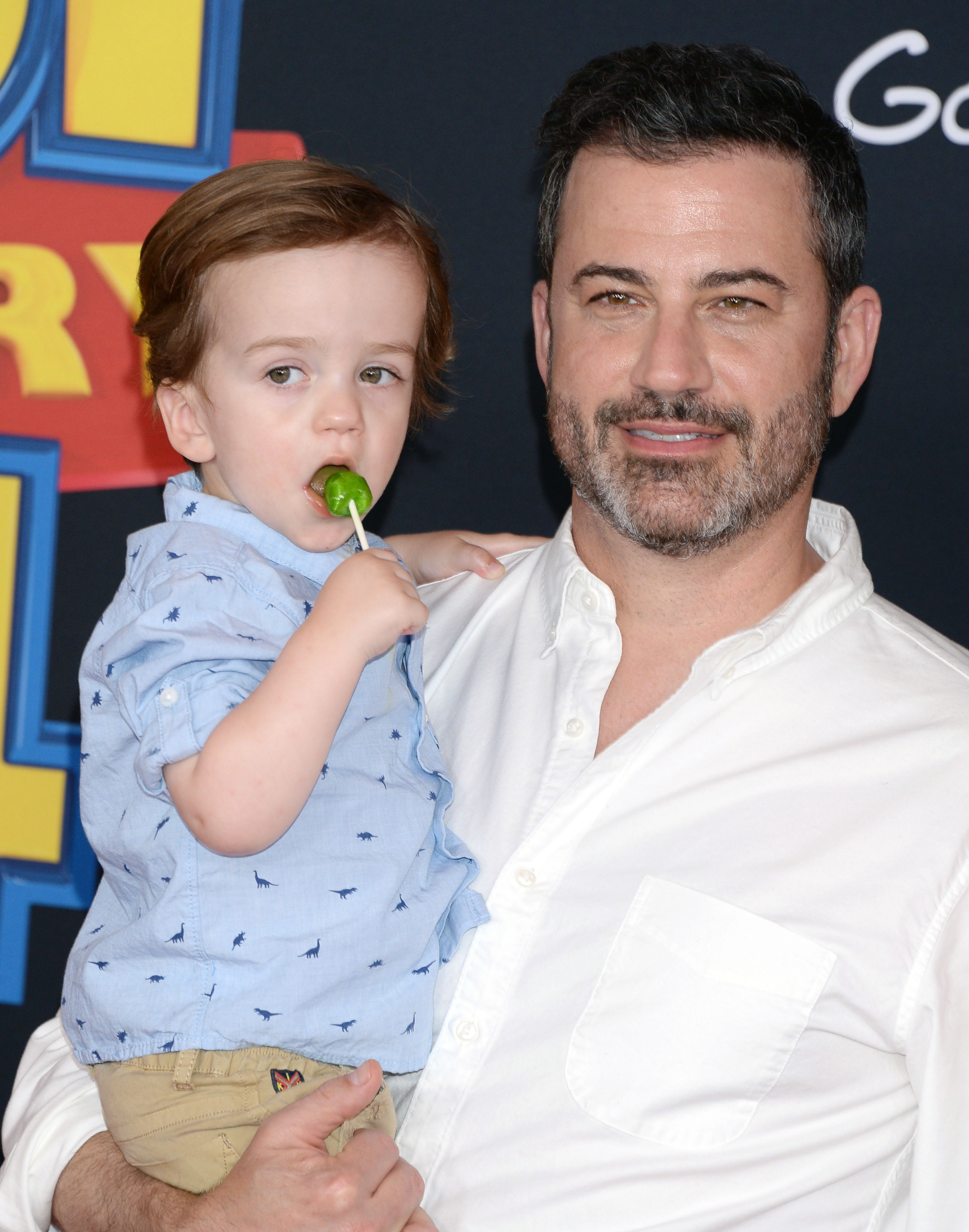 The New York native welcomed his baby boy in April 2017 with his wife, Molly McNearney, joining the couple’s 5-year-old daughter, Jane. Three hours after Billy arrived, doctors noticed that he had a heart murmur and appeared purple, and he was diagnosed with “tetralogy of fallot with pulmonary atresia.” This is when the pulmonary valve is blocked and there is a hole in the heart wall.

“On Monday morning, Dr. Vaughn Starnes opened his chest and fixed one of the two defects in his heart,” Kimmel explained on his ABC show the following month. “He went in there with a scalpel and did some kind of magic that I couldn’t even begin to explain. He opened the valve, and the operation was a success. It was the longest three hours of my life.”

The Serious Goose author went on to say, “He’s doing great. He’s eating. He’s sleeping. He peed on his mother today while she was changing his diaper. He’s doing all the things that he’s supposed to do. This is the best.”

Kimmel, who also is dad of Katie, 28, and Kevin, 25, from his first marriage, told Us on Saturday that his kids “don’t seem to care” that he’s famous. “If I see a billboard with my face on it, I’ll pull over and I make them get up on the roof of the car just so they can really appreciate it, but they don’t,” he joked. “They think everybody’s father’s on TV. Because to them, that’s what’s normal. I don’t think they know the difference between TV and the iPhone really.”

With reporting by Nicole Pajer