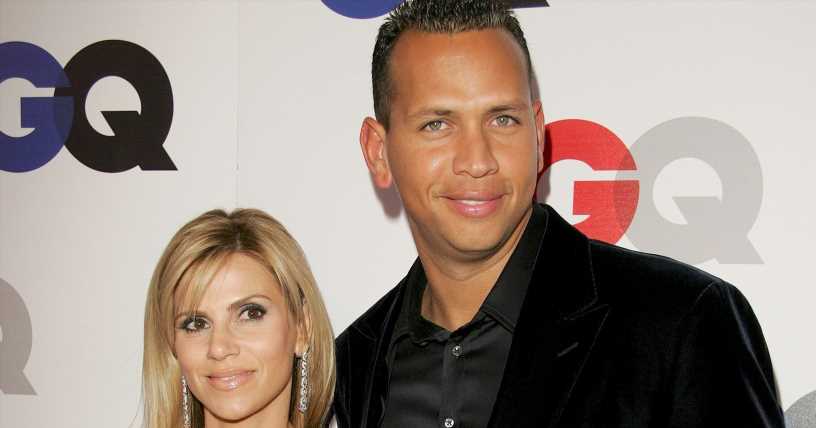 Crushing coparenting! Alex Rodriguez and Cynthia Scurtis have put on a united front for their two teenage daughters since their 2008 split.

“We positioned what could be perceived as a negative into a positive, by saying to the girls, ‘Look, now you don’t have one house, you have two houses,’” the former professional baseball player, 45, explained of his and the Florida native’s conversation with Natasha, 16, and Ella, 12, during the “Raising the Bar” podcast interview on Monday, January 11. “‘You don’t have two parents, you have four parents. Lucky you, the more the merrier.’”

The athlete added that he’d had a “really, really nice experience” with his children’s “great mom” and was “very friendly” with her partner, Angel Nicolas. “He’s wonderful with my girls,” the former MLB player said.

Rodriguez has been dating Jennifer Lopez since 2017 and blended their families together when they moved into the same house that same year. The Grammy winner, 51, shares twins Emme and Maximilian, 12, with her ex-husband Marc Anthony.

While the process took “some navigating,” Rodriguez said that he has become a “more compassionate, more considerate” person in the meantime.

“When I want to do things at Christmas with the girls, I may start asking proactively in July,” he explained. “Versus if I was in a different state of mind, I would drop it December 15 and say, ‘Hey, Cynthia, can I have the kids?’”

Rodriguez and Lopez have had a “full house” amid the coronavirus pandemic with their four kids at home. “We’re six people with strong personalities,” the former shortstop said. “Leos and Scorpios flying around. We are a lot. We’re a Latino family, we are loud and we all have strong opinions. … We try to play together. We try to have fun together, whether that’s playing chess or Monopoly or watching movies or going outside and playing soccer or Wiffle ball. We do believe the family that plays together, hangs together, stays together.”

He and the “On the Floor” singer got engaged in March 2019 and have postponed their nuptials due to the COVID-19 spread. The actress told Andy Cohen last month that she is in “no rush” to marry Rodriguez.

“It was really sad because we were supposed to get married in June and we had planned it all, so in March or April we’re looking down the pipe and we’re going, ‘This is maybe not gonna happen. Italy’s the worst place in the world,’” she explained in December 2020. “And we were gonna get married in Italy.”

Lopez was previously married to Anthony, 52, from 2004 to 2014, while Rodriguez wed Scurtis in 2002. He split from the former psychology teacher six years later.