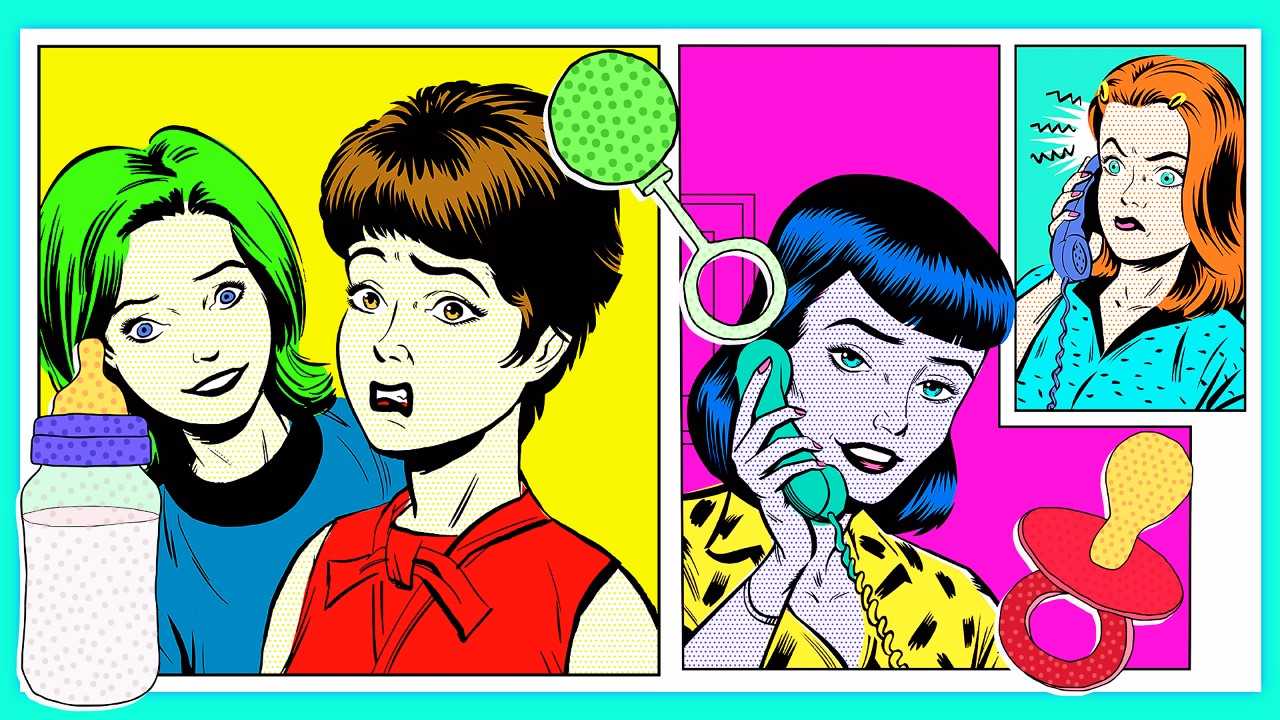 As parents living in a world where social media runs rampant, we have all felt like we were being judged by someone else. We’ve all experienced the condescending, passive-aggressive comments to a Facebook post — you know, the ones that seem to scream, “You’re doing it all wrong!” It feels awful.

I would venture to say that most moms don’t shame each other intentionally. We all know it takes a village. And without our village, we would be totally lost some days. When I see moms shame each other, it hurts my heart. We are all in this crazy parenting thing together. We should be lifting each other up, empowering our fellow women, giving them support and sharing love. Ultimately, that is what we do with our friends. Let them know we have been there and that we know it’s hard.

Or so we think. Even with the best intentions at heart, there are times we shame our friends, and we don’t even realize we are doing it. Here are 14 things you might actually be doing that shame your mom friends. Cut them out of your vocabulary or your social habits, and you’ll be better at lifting up the women around you.

If you’re having a meal with your friend and they order the mac and cheese for their toddler, bite your tongue. What you choose to feed your kids is your choice. If they want to feed their kids pasta and chicken dinosaurs for lunch, that’s their choice. And they don’t need you weighing in on it.

2. Expressing that you couldn’t ever leave your kids with a “stranger”

If your friend goes off to work every day and you’re a stay at home mom, it’s best to keep any negative thoughts on babysitters or day cares to yourself. It’s a hard job staying home with kids, but it’s also hard to leave them. And they likely don’t do so without putting a lot of thought and consideration into their child’s well-being. Don’t make them feel any more guilt than they already do.

3. Asking if they are done having kids

This is one I have heard from a lot of friends. As if they didn’t have enough faith in my ability to parent the kids I already had, it would be best if I stopped while I was “ahead.” And whether I had thought of having another child or not, it still stung.

4. Commenting on the state of their home

Making a comment or joke about a toddler tornado or a kid’s food smeared on the table might be meant as lighthearted. But instead, you could be offending your friend by insinuating their neglect of household responsibilities. If they have a messy house, they know it. Comments (even light ones) aren’t necessary.

If you think their spouse should be stepping it up, don’t say it. It’s not your place. Nor do they want to hear how amazing your supportive, helpful and hands-on hubby is if theirs isn’t. Remember, that’s their partner in life. And if push comes to shove, they will likely choose him or her every time.

6. Acting like an expert because your kid had a similar episode or issue

Not all kids are made the same, just like no two parenting issues come with the exact same solution. Even if your child had an identical experience to your friend’s child, leave it to the parents or the professionals to figure out their solution. Be a listening ear, and that’s it.

Literally everyone knows breast milk has amazing health benefits. But that doesn’t mean breastfeeding is for everyone. Some moms can’t breastfeed because of medications, illness, breast issues or latch issues. Or they simply just don’t want to. It’s their baby and their choice.

I never know the “right” thing to say in sad situations like miscarriage, so I tend to say less than I should in fear of saying too much and hurting someone. A loss is painful. No words ever make it better, but some words can make it worse. Be careful not to diminish your friend’s loss when they need you most.

If someone didn’t ask you about sleep training, don’t give them your “foolproof” method on how to sleep-train your kids in five simple steps. Tired moms just want their problem to be heard, not fixed. Listen and empathize. And offer to pick up the coffee next time.

10. Pretending to be “supermom”

If your friend is expressing that they’re overwhelmed, exhausted or just not in love with motherhood at the moment, it’s best not to start proclaiming your undying love for all things that made you a mom. They don’t want to feel alone in their feelings, and they definitely have enough guilt as it is.

11. Claiming your kid is perfect in every way

When a friend shares a problem they are experiencing with their child, the last thing they want to hear is that other kids don’t behave like this. Making them feel like their kid isn’t “normal” (when most likely their kid is perfectly normal) is not only offensive, it’s hurtful. Moms have enough anxiety about their ability to parent. Let’s not make them think they are missing some huge red flag when it comes to their child’s behavior.

12. Telling them what the “experts” say

We all know parenting doesn’t come with a handbook. And every single child does not fit a mold (although either of those would be very nice indeed!). Years ago, my child’s pediatrician told me to have my baby sleep in a car seat when he had a stuffy nose and was having trouble sleeping through the night. Now, it’s highly advised not to do this because it can dangerously cut off their airway. So, just because the experts say so, doesn’t mean it’s right for that individual child. Stop making your friends feel like they are doing something wrong or aren’t providing their kids with the best possible care because of something you read in a book.

13. Judging other moms before you know what kind of mom they are

I have been guilty of this myself. I have a perpetual case of putting my foot in my mouth. Once, I made a joke about the PTA moms during the first week of school drop-off only to find out the mom I was talking to was the room mom for my child’s class. Oops. Be careful.

14. Claiming their child is “behind” according to the milestones they should have hit

All kids hit important milestones at different times. Telling your friend that their child is “behind” is going to cause some serious panic in them and some serious concerns about their parenting. Unless you are genuinely concerned for your friend’s child, let the parents and the doctors handle their developmental progress.

It’s one thing to be shamed by a stranger in a mom group online. It’s another realm of hurt to be shamed by your own friend. Luckily, you can keep an eye out for these actions and remember: Some things are better left unsaid.

This article originally appeared on Fairygodboss. As the largest career community for women, Fairygodboss provides millions of women with career connections, community advice and hard-to-find intel about how companies treat women.