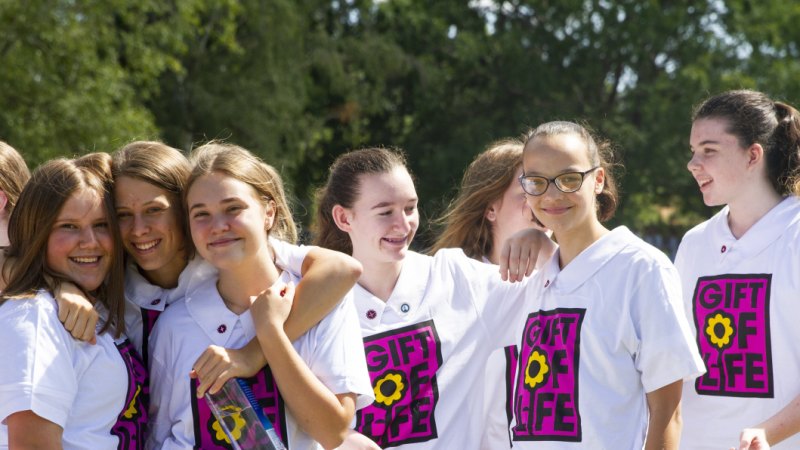 As the traffic crawled along Hoddle Street and the sunshine dared to defy threatening clouds, a poignant event was unfolding behind closed doors at the annual DonateLife Service of Remembrance on a recent Saturday afternoon. 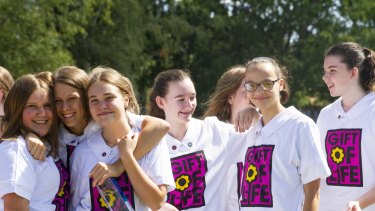 My friend, a heart recipient, and I chatted with a mother and daughter seated behind us as guests streamed into the Collingwood Town Hall. Sitting with their own thoughts they were happy to share their stories. They had come in memory of their son and brother, Lachlan, who’d died at 21. We heard how this strapping, fit carpenter who loved his work and his nine-month old son, beaming in a family photo on his dad’s knee, died of heart failure. Lachlan's mum and sister were agreeable to my using his name. He should be celebrated for the lives he saved.

As the proceedings progressed with musical tributes by the Royal Melbourne Hospital Choir interspersed with heartwrenching personal stories from donor families and organ recipients, the sanctity of the event was indisputable.

We heard from Julie, whose son, Mathew, a passionate baseball player, saved eight lives when he died from an asthma attack in his thirties.

James choked back tears as he expressed his gratitude for his life-saving heart transplant. His way of giving back has been to raise awareness of organ donation through 200km bike rides.

We learned how one family’s life changed in a split second when Richard, at 34, fell asleep at the wheel for an instant and crashed into a tree as he drove home from work. Alex, there with his mother and sister, shared snippets of the family’s life and how knowing that so many were saved through Richard’s gifts has helped them to go on.

By the time we heard from Valencia, mother to toddler Chloe, who was saved by a liver transplant at eight months, the tears were flowing freely. A deep communal sigh of delight could be detected from the crowd when Chloe, in her dad’s arms, leant over to the microphone to simply say "thank you".

As the faces of mums, dads, sons, daughters, brothers, sisters; donors and recipients alike looked down on us from the slide show, it was hard to grasp the amazing journey each had travelled.

While filing up to place messages of thanks and special memories on tribute trees and chatting over afternoon tea, there was a rawness and bond that perhaps comes only when there’s no space for superficiality. Strangers connected by selfless gifts made at times of deep grief, and gratitude from those given a second chance at life. As a live kidney donor I’ve been blessed to witness the miracle of transplantation. That miracle was palpable this day in that hall.

The heart-lung gang were kicking on for dinner. They know to embrace every moment.