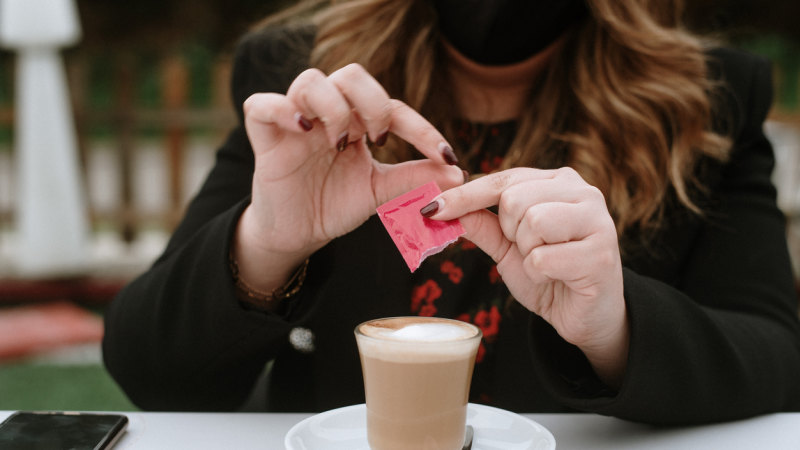 We all know we need to eat less sugar, and sweeteners offer a compelling alternative. The global sugar substitutes market is set to be worth around £7.5 billion ($13.6 million) by the end of 2026. These substitutes – saccharine was first produced in 1879 – are both artificial and natural extracts. They are used in a multitude of foods; nothing says “eat me” like a low-sugar label. 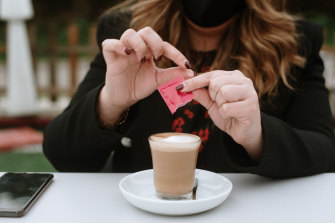 “Sweeteners can release a small amount of insulin. When the sugar doesn’t arrive your blood sugar goes down and you may feel hungrier.”Credit:iStock

But the big question has always been – do they actually help us lose weight? Debate rages, but the conclusion tends to be – puzzlingly, no. In fact, new research suggests that consuming sweeteners sends such mixed messages to our gut and our brain that they may actually increase cravings and – ultimately – our food consumption. So does this mean that they are actually counter-productive?

A study last year at the University of Southern California asked 74 men and women to drink 300ml of either water, a sucralose drink or a drink flavoured with sugar. Then they were given an MRI scan that measured blood flow to the part of the brain responsible for appetite and food cravings when shown pictures of high-calorie foods. They also measured the amount of food they ate at a buffet afterwards.

The results were startling. Women and those who were obese showed increased food craving activity in the brain after consuming sucralose compared with real sugar, and women drinking sucralose ate more at the buffet. The conclusion was that women and those with obesity might be triggered to eat more by sucralose, and crucially more than that they would from consuming sugar. Experts suggest a number of reasons for this.

“When you consume sugar the digestive system, including the mouth and the gut, recognises the sweetness and releases hormones – including insulin – in response to the anticipation of having sugar,” says consultant dietitian Sophie Medlin at City Dietitians. “If you consume sweeteners, it’s been seen that you can release a small amount of insulin. When the sugar doesn’t arrive your blood sugar goes down and you may feel hungrier.”

She says we aren’t sure why women are generally more sensitive to sugar. “We know that those who are overweight are probably more sensitive.” It’s suggested that female hormones may play some part.

“This is something which has been discussed for years. Appetite is an incredibly complex signalling system; it’s not just on and off. There are many hormones that we know of which are released in the gut,” says British Dietetic Association member and nutrition expert Ursula Arens.

“When you consume a drink with sugar, the body recognises it and triggers certain responses throughout the body,” she explains. “The brain tells the pancreas to secrete insulin to use it up as energy. The insulin response signals to the brain that you have enough energy, and it recognises that you’ve consumed calories.”

But this isn’t the case with a sweetener. “Your body hasn’t consumed calories, and you still feel hunger,” says Arens. Sweeteners trigger the same dopamine receptors in the brain as sugar. “So your brain is craving more sugar and your body is still hungry.

“There are a few studies showing disappointment that those replacing sugar aren’t losing as much weight as they should. This might be because they are actually hungrier two hours later and therefore consuming more.”

“If you have something sweet that you know is light, you can feel you deserve more,” says senior lecturer and member of the British Dietetic Association, Dr Duane Mellor, Aston Medical School lead for nutrition. “You feel that you haven’t had the whole reward, so it’s more of a behavioural response.”

Not all sweeteners are equal. “Different sweeteners act differently in the gut,” says epidemiologist Professor Tim Spector, author of Spoon-Fed. “Some are absorbed fairly early on and others aren’t at all. We know that the chemicals in sweeteners are seen as foreign by gut microbes, so they aren’t metabolised,” he explains. “We think this means that microbes in the gut react and produce different chemicals which disrupt our normal metabolism.”

He says that mice studies have shown that sweeteners alter the function of microbes and reduce the diversity of species in the gut. “That explains why, when you do lots of trials swapping cola for diet cola, people don’t lose weight and the only real benefit is to their teeth.”

In fact, a 2021 Israeli study found that three commonly used sweeteners – aspartame, saccharin and sucralose – can interfere with communication between bacteria. This, said researchers, suggests that they can disrupt gut bacteria, and potentially cause problems with digestion and increase the risk of obesity and type two diabetes.

A 2019 review into artificial and natural sugar alternatives, commissioned by the World Health Organisation, showed conflicting evidence. On the plus side, they didn’t find that sweeteners caused harm. Some trials appeared to show blood sugar improvements and another showed that those who weren’t trying to lose weight actually did so. But they didn’t seem to help those who were overweight and actively trying to lose weight.

“There might be a slight benefit over sugar,” suggests Spector, “but it doesn’t seem to make a huge difference. If you’re reducing calories by 300 a day, perhaps you are compensating in other ways.” In some cases this might be because you feel you’ve earned extra food from having a diet drink, in others, perhaps it’s the extra craving.

What’s more, he says that sweeteners are hidden in many foods. “The sugar tax started it, and it’s amazing how many highly processed foods contain sweeteners, including many kids’ products such as yoghurts. The craving for sugar or sweeteners is lighting up similar parts of the brain, so kids are desiring sweet foods.”

Office manager Louise Cole Parker, 48, says: “I’ve dieted so much over the years and included various drinks and slimming aids which were packed with sweeteners. Generally, I’ve felt deprived, very hungry, and definitely not lost weight! Eventually my 11-year-old said, ‘I don’t know why you bother, Mum,’ and I gave in.” Now, she says that she’s eating sensibly and trying to avoid processed foods. “I’m calorie counting but not being draconian and taking my time.”

However, nobody is saying ditch the diet drinks and substitute them with full-sugar ones.

“Our take on sweeteners is that it’s a step,” says Mellor. “They have their place. Chucking out the sugar and replacing it with sweeteners is a start on the journey to a healthy diet.”

He points out that some sugar substitutes may actually suppress appetite a little.

“A couple of studies suggest that stevia might do so, but the effect is going to be weak. It’s not one which is commonly used in soft drinks in the UK because it has a liquorice aftertaste.”

“They’re all manufactured, and are either artificial or extracted from leaves,” says Mellor. “Those which you’d probably consider as artificial would be aspartame, saccharine and sucralose and those which are more natural extracts (but still going through an intense process) are stevia and xylitol.”

With food, you still need to look at portion size, he suggests. “A large yoghurt with sweetener will still have more calories than a smaller yoghurt with sugar.” They’re not perfect and not a solution, he says. Use them but be aware of limitations.

“There is a place for sweeteners,” agrees Professor Jack Winkler, former professor of nutrition policy at London Metropolitan University. “The so-called war on sugar has stimulated research into alternative ingredients, and there are 18 categories of sweeteners, which aren’t just artificial and natural ones, but also new forms of sugar – Nestlé has patented a form of sugar where you hollow the crystal and keep the shell, so there’s less sugar but the same taste. There are even sweet proteins and sweet fibres.”

Spector disagrees. “We need to stop this drive for sugar substitutes. We’re making it hard to consume sour or bitter foods – even fruit is sweeter than it used to be. Substituting sugar for sweeteners isn’t ultimately going to stop obesity.”

Aspartame: Usually found in diet soft drinks and boiled lollies and often mixed with other sweeteners such as acesulfame K. It has a slightly bitter aftertaste. It is now generally considered safe. Not heat stable so you can’t cook with it.

Xylitol and sorbitol: Natural sweeteners which can be good for teeth, but in large amounts can have a laxative effect. They are bulk sweeteners rather than intense ones – found in chewing gum and sweets and sugar-free chocolates and some protein and slimming bars.

Saccharine: Still used for tea and coffee but not in many foods. It’s a bit powdery and although it was seen as a bit of a bad guy, it’s safe.

Sucralose: This is heat tolerant and used in low sugar fruit squash drinks as well as some baked goods, no sugar yoghurts, drinks and puddings.

Stevia: Heat tolerant, extracted from a South American plant, considered to be safe. Found in some low sugar baked beans and ketchup.

Make the most of your health, relationships, fitness and nutrition with our Live Well newsletter. Get it in your inbox every Monday.

Most Viewed in Lifestyle