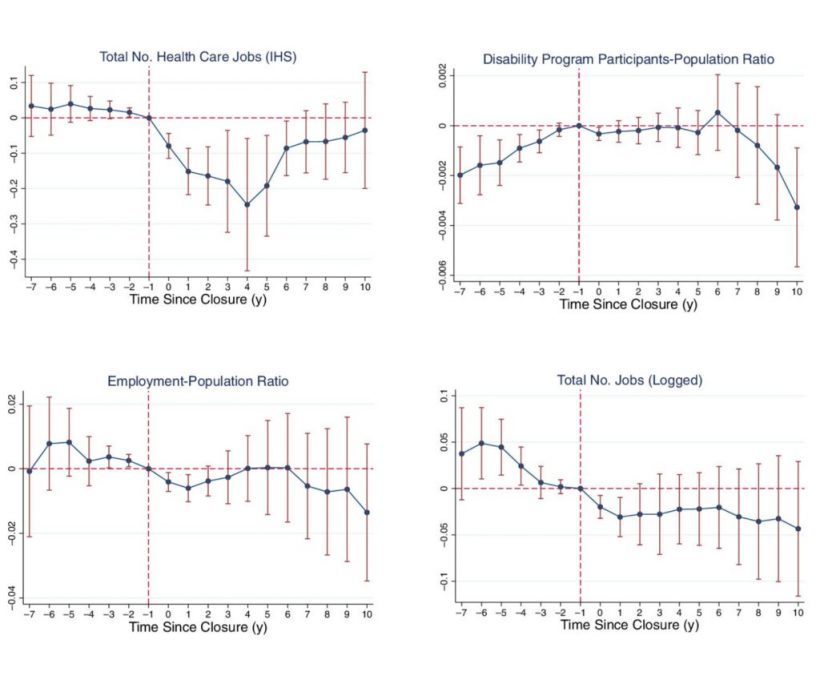 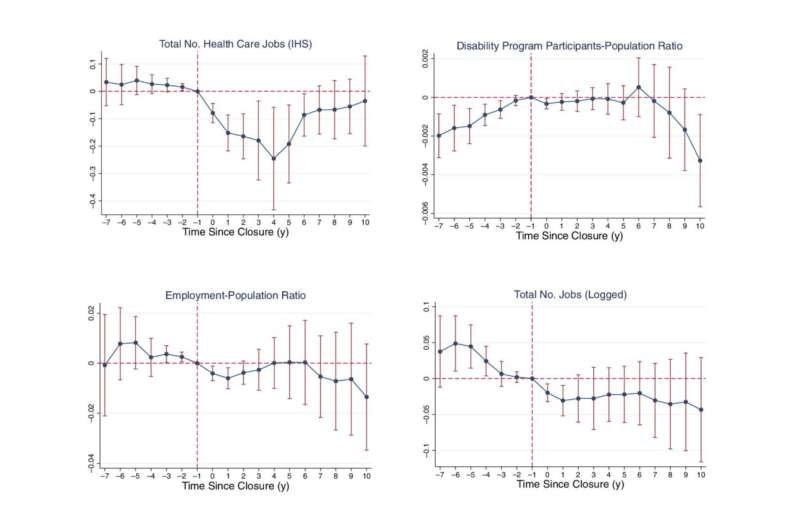 When a rural hospital closes, it can disrupt both the health care and the economy of a community. The health care sector can supply as much as 10% of the jobs in a rural area. Moreover, hospital closures are a national concern: Of 2,000 rural U.S. hospitals, 150 have closed since 2005, and more than 300 are at risk—a situation exacerbated by the pressures of health care under the COVID-19 pandemic.

The researchers used new econometric methods to compare counties with and without hospital closures over time. They analyzed 10 economic outcomes including health care sector jobs, overall unemployment, per capita income, and bankruptcies. The methods and their study design allowed them to determine the relationship between closures and economic conditions in more detail than previous studies.

Instead, authors note, the story is in the pre-existing trends: In areas with a hospital closure, economies were already declining before the hospital shut its doors. For example, the study findings show declining trends in per capita income, total number of jobs, and unemployment in analyses of up to seven years before hospital closures.

In a 2021 working paper, LDI Fellow Diane Alexander and coauthor Michael Richards, used similar methods and had similar results: Counties with a hospital closure had employment reductions mainly in health care and had pre-existing negative trends such as in the housing market.

Collectively, these results indicate that upstream economic factors such as unemployment in sectors other than health care and general loss of local investment may lead to low hospital occupancy and poor finances, cascading to closure. Chatterjee and colleagues stress that despite their extensive analysis, current available data are still at the county level. Understanding the local influences and impacts of a hospital closing in a rural area will require more granular data. Fully understanding relationships between hospital closures and the economics of the surrounding area will require sub-county-level data to see interactions and contributions of local factors.

Nonetheless, Chatterjee and coauthors suggest that based on their results, programs and policies that focus solely on stopping rural hospital closures may be ineffective alone. Success at reducing closures may require a broader focus on the hospital’s local community, for example state or federal tax policies to encourage industries in rural markets (e.g., Empowerment Zones). This type of support could boost rural communities in general and positively impact maintaining hospital-based rural health care and the important role it has on the local economy.