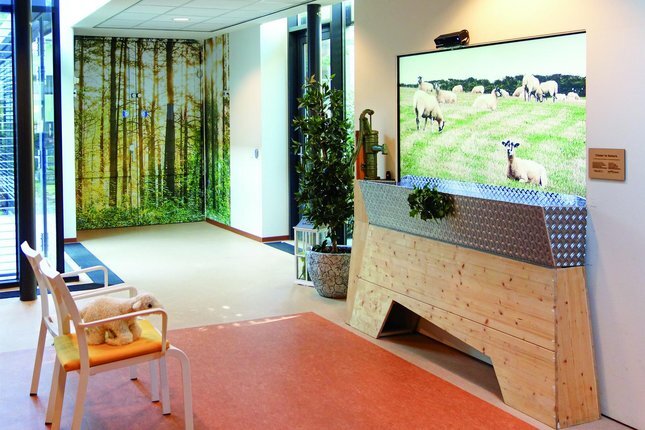 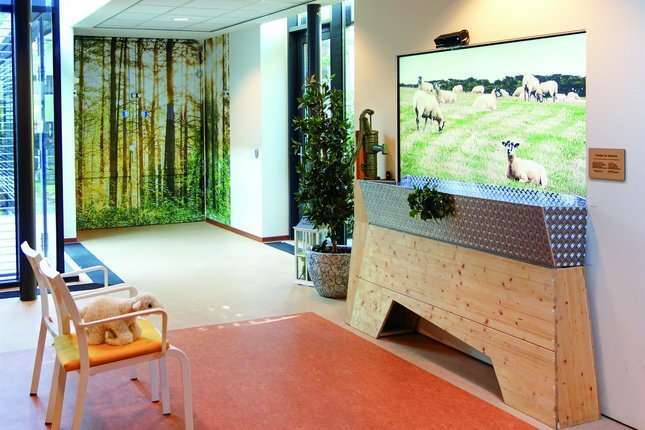 The Ph.D. research of Yuan Feng focuses on promoting the well-being of a vulnerable population in our society—people with dementia—using interactive technologies. Collaborating with the Vitalis Berckelhof, a Dutch residential care for elderly with and without dementia located in Eindhoven, Feng gave clients living there a way to relive the pasts and get closer to outdoor nature through simulated sensory experiences with rich interaction possibilities.

Technology is crucial for enabling care delivery and supporting the independent living of people with dementia. However, with the majority of innovative solutions focusing on safety issues and caregiver well-being, there is a huge gap where technology-empowered solutions are needed to directly engage people with dementia, especially those in more advanced stages of dementia.

In care facilities such as Vitalis Berckelhof, people are looking for new ways to promote the psychosocial well-being of clients to address their aim of highest quality of care. With the inspiration of augmented reality for immersive multisensory experience and social robot development, Feng’s research identified a way to meaningfully engage those with dementia and make a positive change for this extraordinary group of users.

A fusion of the digital and the physical world

Aside from the total immersion provided by Virtual Reality, Feng investigated whether the fusion of the digital and the physical world could make sense for users with dementia, and make the solutions and applications easier to benefit them. Therefore, based on an earlier effort, she implemented an interactive installation—Closer to Nature—in Vitalis Berckelhof and progressed her Ph.D. research along this path, including iterative designs, empirical studies, and experiments.

The design adopted reminiscence therapy and animal-assisted therapy to benefit a generation of Dutch elderly that used to grow up on a farm. The installation has a tangible interface of an old-fashioned water pump that pumps actual water into half the animal feeding trough. By simple interaction with the water pump, the display will play a pre-recorded video feed of animals coming to drink water and then wandering off after a while. The findings of Feng’s experimental research indicated that compared to virtual immersion alone, adding a tangible layer to the interaction helps to capture the user’s attentiveness and enable recollection of youth memories of people with dementia.

To further enable a richer experience than the Closer to Nature installation, Feng brought in a social robot to the new iterated design named the LiveNature. The LiveNature adopted a novel approach that combines the interaction with a social robot with an augmented reality display, to provoke positive emotional responses and enable multimodal interactions. Contact with animals is considered to have therapeutic effects such as alleviating mood and bringing relaxation, pleasure, and contentment to people with dementia. In this design, the human-robot interaction was augmented with visual and auditory feedback from the display. Based on the LiveNature, Feng further investigated how such a combination as a way of “richer” interaction could influence the subjective user experience—engagement—of people with dementia.

A novel way to quantify people with dementia’s subjective experience

Feng’s research tackled the challenge of robust engagement assessment of people with dementia using a mixed-method approach with both qualitative studies and quantitative observations. Since the self-report of subjective experience was often inaccessible due to accompanied language and cognitive impairments. Therefore, in collaboration with her colleague Giulia Perugia, Feng applied an innovative method, the Ethnographic and Laban-Inspired Coding System of Engagement, to quantify the subjective experience of engagement through observations of bodily behaviors. The results of the experimental study based on the LiveNature suggested that enabling rich experiences at a sensory level could be one contributor to the positive emotional experiences of people with dementia.