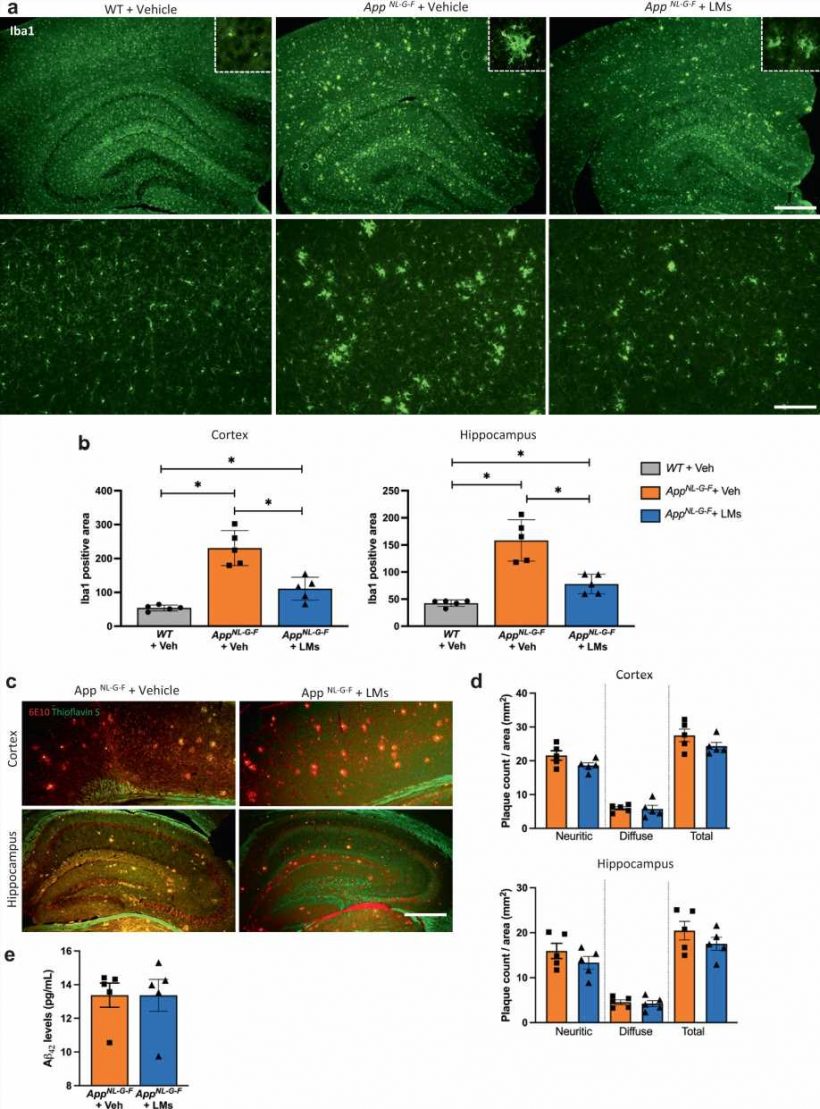 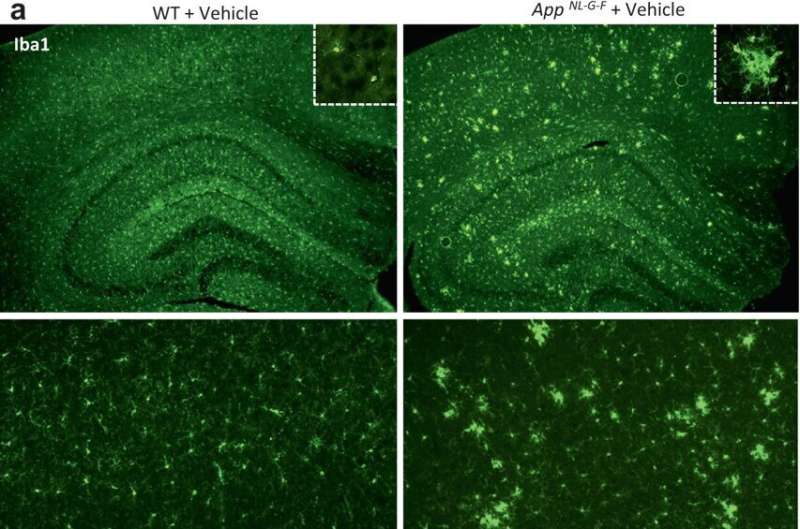 A research collaboration between scientists at LSU Health New Orleans and the Karolinska Institutet in Sweden has found that applying specialized pro-resolving lipid mediators intranasally arrested memory loss and brain degeneration in an experimental model of Alzheimer’s Disease (AD). The results are published in the journal, Communications Biology.

Neuroinflammation is a hallmark of neurodegenerative disorders, including Alzheimer’s Disease. Specialized pro-resolving lipid mediators are bioactive compounds composed of fatty acids like omega-3 or their derivatives that resolve inflammation. Neuroprotectin D1 (NPD1), discovered by Nicolas Bazan, MD, Ph.D., Boyd Professor and Director of the LSU Health New Orleans Neuroscience Center of Excellence, and colleagues is one. Previous studies by the Bazan lab demonstrated that NPD1 is protective in experimental stroke as well as retinal damage and that it is in short supply in the memory area of the brains from AD donors.

The authors conclude that the noninvasive administration route, intranasal delivery, of biologically active lipid messengers opens avenues for therapeutic exploration for AD and other neurodegenerative diseases.

“AD lacks prevention or cure and exerts a horrendous toll on patients and their families due to crippling progression and devastating adverse events,” notes Dr. Bazan, who led the research at LSU Health. “Millions of Americans currently suffer from AD, and the number is expected to escalate rapidly in the coming years.”

Bazan has been collaborating with Marianne Schultzberg, Senior Professor of Clinical Neuroscience at the Department of Neurobiology, Care Sciences and Society at the Karolinska Institutet (KI). Projects include looking at the novel signals that protect the brain in the cerebral spinal fluid (CSF) of the early stages of Alzheimer’s disease.

“This productive collaboration is uncovering important aspects of early stages of Alzheimer’s Disease, and the novel evolving mechanisms are promising paths for innovative therapies like the one disclosed in the current paper,” says Professor Schultzberg.