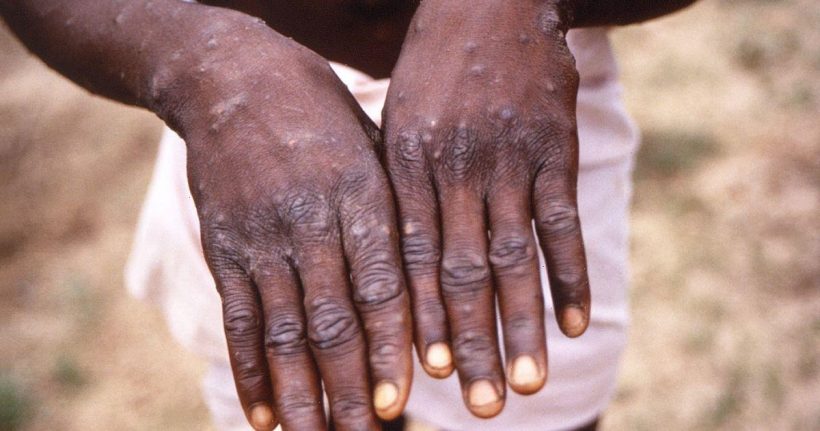 The monkeypox outbreak hasn't shown any signs of slowing down with over 1500 cases being registered just in the UK and 7,600 cases globally.

Besides the spike in cases, experts have discovered that the virus has mutated 12 times more than the expected rate.

Here's what you need to know about the new monkeypox symptoms and how long the disease lasts.

What are latest monkeypox symptoms?

Monkeypox patients in the UK are showing symptoms that are different than those observed in previous outbreaks, according to a new study published in The Lancet Infectious Diseases Journal.

Researchers found that the patients were experiencing skin lesions – more common with STIs – rather than fatigue and fever, which were more prevalent in previous cases.

According to the study, symptoms of monkeypox included:

It takes around five to 21 days for these first monkeypox symptoms to appear, according to the NHS.

Between one to five days after the initial signs, the characteristic rash appears, often beginning on your face and then spreading to other body parts including genitals.

The rash starts off with raised spots before turning into small blisters filled with fluid. Eventually, these blisters fall off.

Researchers have recommended that the UK Health Security Agency (UKHSA) review its current definition of monkeypox and its symptoms to better identify cases.

How long does monkeypox last?

Most mild monkeypox infections subside without treatment within a few weeks, though severe cases may require hospitalisation.

No medical intervention or treatment is typically required for monkeypox, with most people advised to remain in isolation during their illness.

The disease, which was largely restricted to west and central Africa until a few months ago has rapidly spread around the world. It spreads from an infected person via bodily fluids, including liquid from ruptured pox, blood and mucus.