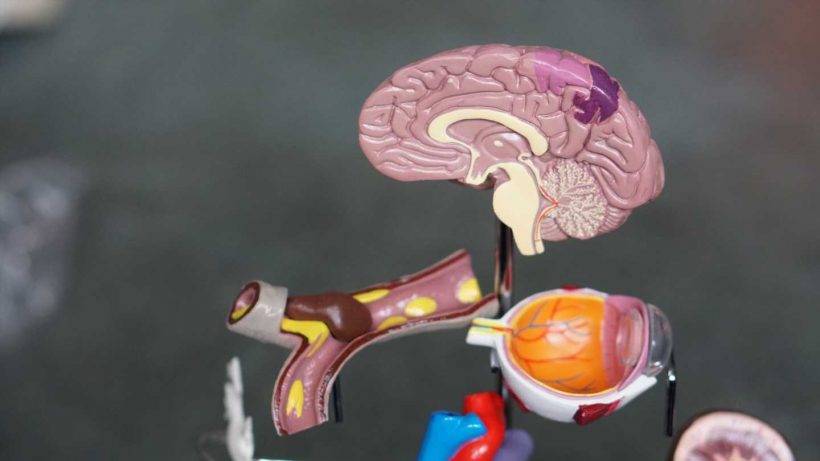 A ubiquitous protein called sigma 1 receptor, which is known to protect cells from stress, appears key to the function and survival of the neurons most impacted by glaucoma, scientists report.

Sigma 1 receptors are expressed on cells throughout the body, including the retinal ganglion cells in the back of the eye, which help connect the eye to the brain so we can see, as well as brain cells called astrocytes which normally nourish and otherwise support those neurons.

The scientists have found that even when the two brain cell types are just in a cell culture dish together, retinal ganglion cells can survive fairly well, unless the sigma 1 receptor is missing from their astrocytes, says Dr. Kathryn Bollinger, an ophthalmologist specializing in glaucoma and a retinal cell biologist in the Department of Ophthalmology at the Medical College of Georgia.

Bollinger is corresponding author of the paper featured on the cover of Investigative Ophthalmology and Visual Science, which provides some of the first evidence that increasingly available synthetic compounds like the pain reliever (+) – pentazocine, which activate sigma 1 receptor, may one day help mitigate the damage from glaucoma, a major cause of blindness.

“Unfortunately in patients who have glaucoma, because of the structure of the retina and the optic nerve, the axons, or extensions, of the retinal ganglion cells are vulnerable to damage,” Bollinger says. “Since these cells are so important for communicating the visual signals to the brain, patients can lose some or all their vision because of glaucomatous damage.” The blood vessel system that feeds that back area of the optic nerve also can become damaged, and inflammation can worsen damage, she says.

The benefits the scientists saw in culture were derived even though the two cells types were not physically connected, just in the same dish, notes co-author Dr. Sylvia Smith, retinal cell biologist and chair of the MCG Department of Cellular Biology and Anatomy. Normally star-shaped astrocytes have a pretty tight hold on the neurons they are supporting.

“It speaks to factors that are released, but to see a difference in the absence of sigma receptor makes you really think what else is this little magical protein governing that is now lost,” says Smith, a pioneer in exploring the neuroprotective benefits of sigma 1 receptor in the eye.

In fact, they found that retinal ganglion cells are better protected from just being in the same medium in which astrocytes with their sigma 1 receptors intact had been, even after the astrocytes themselves were not present.

It’s clear that when this internal receptor is missing from astrocytes, neuroprotection is not optimal, Bollinger says.

Retinal ganglion cells grow fewer and shorter neurites, extensions neurons use to reach out to other neurons and an indicator of their overall health and function, and experience more death, or apoptosis, one way in which the body eliminates cells that no longer function properly.

The scientists are exploring further any neuroprotective role sigma 1 receptors have in each brain cell type, how they might work together and what happens when it’s the retinal ganglion cells missing sigma 1 receptor.

They also are working to move their studies from cell culture into animal models for glaucoma.

They’ve previously shown that during stress, using a sigma 1 receptor activator like (+) – pentazocine on astrocytes from the optic nerve head reduces the generation of potentially destructive reactive oxygen species and protects astrocytes from dying. They also have evidence that activating the sigma 1 receptor increases the activity of the synapses on the optic nerve head, including an increase in STAT3, a protein essential to many cell functions and known to regulate the reactivity of astrocytes. They note that in some disease states, like Alzheimer’s and multiple sclerosis, inhibiting STAT3 activation in astrocytes is what provides neuroprotection. More study is needed on the how activating or inhibiting sigma 1 receptor alters STAT3 levels and how each impact retinal ganglion cell survival, the scientists say.

Since sigma 1 receptors are present in both brain cell types, they wanted to see where they mattered most in terms of neuroprotection. They suspected—and turned out to be correct—that sigma 1 receptors’ presence in astrocytes is critical to survival of these critical neurons.

Jing Zhao, research associate and biomedical engineer in the MCG Department of Ophthalmology and first author on the paper, is an expert in isolating astrocytes from the optic nerve head, a skill that made the specific cell analysis possible.

Smith’s lab has led studies showing that drugs like the pain reliever (+) – pentazocine, which activate the sigma 1 receptor, can help protect retinal ganglion cells in models of conditions like diabetic retinopathy, where the retina is a target. Smith and her colleagues published in 2008 in the same journal the first evidence of the dramatic effects of the sigma 1 receptor ligand on protecting the retina in diabetic retinopathy, and suggested then that it may also be helpful for glaucoma. Retinal ganglion cells are compromised in both conditions.

That work helped inspire Bollinger’s studies in glaucoma. Bollinger, an MD/Ph.D. who treats patients with glaucoma, has a particular interest in research that clearly translates to humans. The increasing availability of compounds that activate sigma 1 receptors makes that translation easier if beneficial findings continue to hold, she says. “This is a target that appears to be clinically useful from a practical point of view,” Bollinger says.

More compounds that activate sigma 1 receptor are in varying stages of development for a wide range of disorders from neurodegenerative diseases like Alzheimer’s to cancer to severe acute respiratory syndrome resulting from COVID-19. Lab animals missing sigma 1 receptor have accelerated rates of degeneration of the brain, spinal cord and optic nerve.

While just how it works to protect neurons is not completely understood, sigma 1 receptor is known to bind to and modulate the activity of numerous other proteins—it’s been shown to interact with more than 50—and thought generally to help promote healthy homeostasis of neurons and other cells.