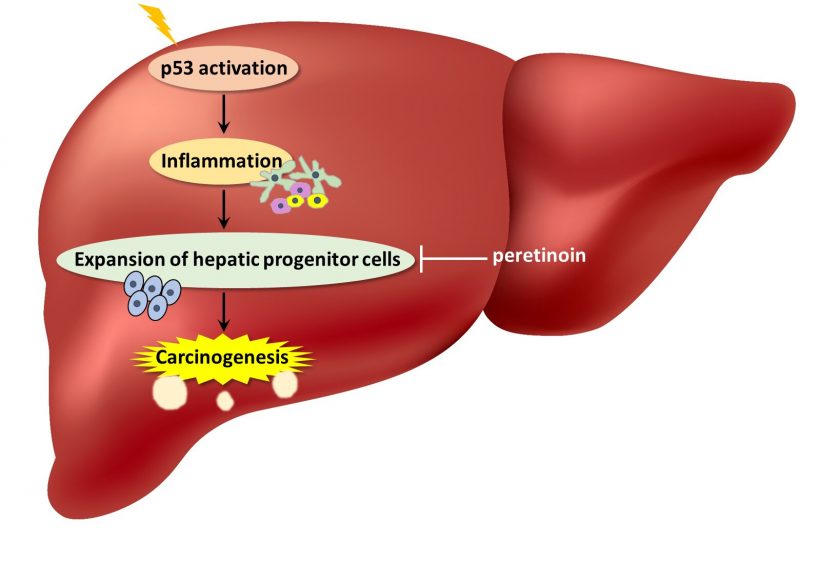 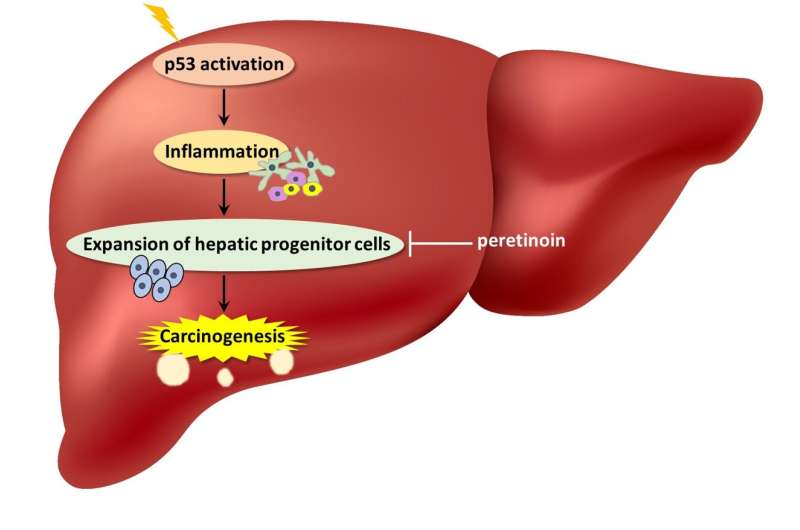 p53 is one of the most important proteins in cancer biology. Often referred to as a “guardian of the genome,” p53 becomes activated in response to various cellular stressors like DNA damage. Its activation induces different processes, such as controlled cell death, that prevent cancer development if a cell becomes abnormal. Because of this, p53 mutations are extremely common in cancers, including hepatocellular carcinoma. However, in a recent article published in Cancer Research, a team of researchers at Osaka University observed that constant activation of p53 in liver cells of patients suffering from chronic liver disease (CLD) could actually promote the development of liver cancer.

CLD can be brought on by different factors including viruses, alcohol use, and fat accumulation, all of which can induce p53 activation. Previous studies have shown that p53 is in a constant state of activation in the liver cells of CLD patients. Yet, it is not clear what role this plays in CLD pathophysiology.

“Clinical data clearly show that p53 is activated in the hepatocytes of individuals with CLD,” says Yuki Makino, lead author of the study. “Because p53 is such a vital part of how the human body prevents tumor formation, its role in CLD became even more intriguing.”

To address their questions, the team generated a mouse model with p53 accumulation in hepatocytes. This was done by deleting Mdm2, the protein responsible for regulating p53 expression by targeting it for degradation. These mice developed liver inflammation with higher amounts of hepatocyte apoptosis and senescence-associated secretory phenotype (SASP), a phenomenon where cells produce signals within the microenvironment that can cause nearby cells to become cancerous. In fact, mice with p53 accumulation did have increased liver tumor development. 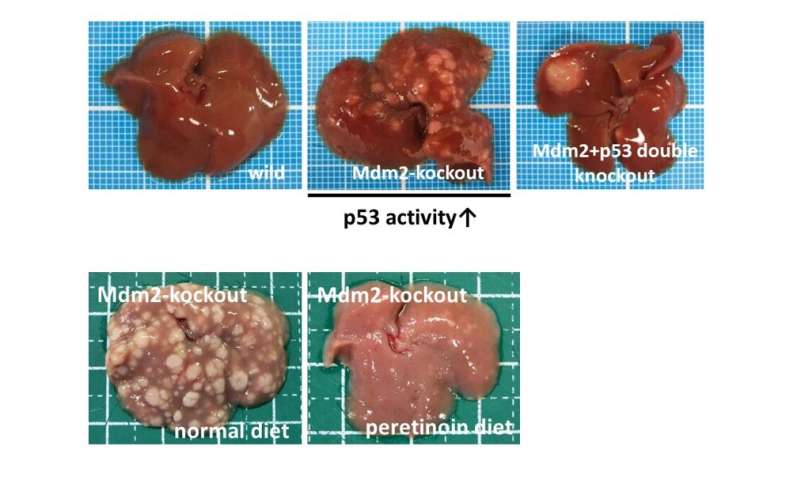 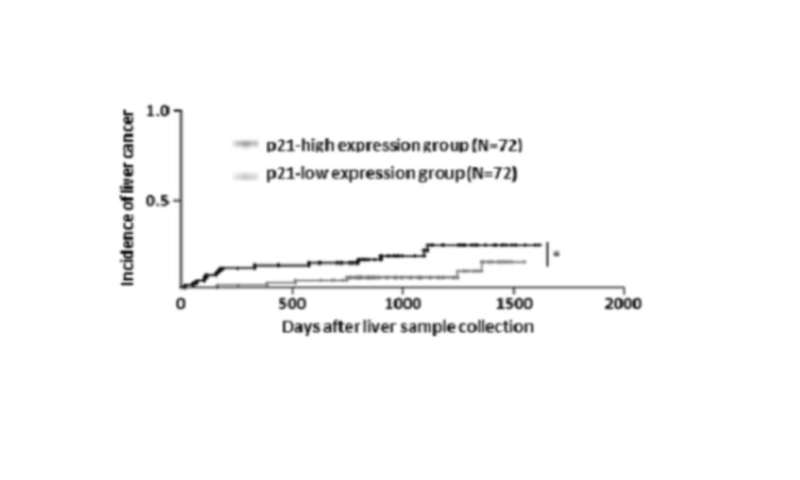 “We also observed an expanded population of hepatic progenitor cells (HPCs), which have stem cell-like characteristics,” explains senior author Tetsuo Takehara. “When the HPCs were isolated, grown in culture, and then injected under the skin of lab mice, these animals developed tumors. This suggested that HPCs played a key part in the liver tumor formation seen in the animals with p53 accumulation.”

Interestingly, acceleration of liver tumor development and the other observed phenotypes did not occur when p53 was deleted in addition to Mdm2 in the hepatocytes. These results demonstrated the significance of constant p53 activity in the tumorigenesis.