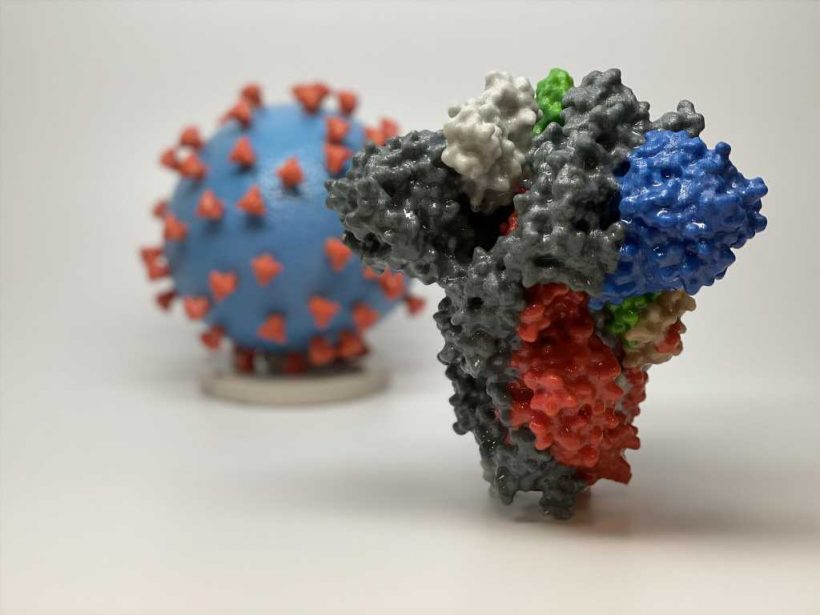 Vaccines currently being developed for COVID-19 should not be affected by recent mutations in the virus, according to a new study involving a University of York virologist.

Most vaccines under development worldwide have been modelled on the original ‘D-strain’ of the virus, which were more common amongst sequences published early in the pandemic.

Since then, the virus has evolved to the globally dominant ‘G-strain’, which now accounts for about 85 percent of published SARS-CoV-2 genomes.

There had been fears the G-strain, within the main protein on the surface of the virus, would negatively impact on vaccines under development. But the research by Australia’s national science agency the

Commonwealth Scientific and Industrial Research Organisation (CSIRO), found no evidence the change would adversely impact the efficacy of vaccine candidates.

The study tested blood samples from ferrets given a candidate vaccine against virus strains that either possessed or lacked this mutation (known as ‘D614G’).

Professor Seshadri Vasan, who holds an honorary chair in Health Sciences at the University of York, is leading the Dangerous Pathogens Team at CSIRO and is senior author of the paper.

Professor Vasan said: “This is good news for the hundreds of vaccines in development around the world, with the majority targeting the spike protein as this binds to the ACE2 receptors in our lungs and airways, which are the entry point to infect cells.

“Despite this D614G mutation to the spike protein, we confirmed through experiments and modelling that vaccine candidates are still effective.

“We’ve also found the G-strain is unlikely to require frequent ‘vaccine matching’ where new vaccines need to be developed seasonally to combat the virus strains in circulation, as is the case with influenza.”

CSIRO Chief Executive Dr. Larry Marshall said the research was critically important in the race to develop a vaccine.

Dr. Marshall said: “This brings the world one step closer to a safe and effective vaccine to protect people and save lives.

“Research like this, at speed, is only possible through collaboration with partners in Australia and globally. We are tackling these challenges head on and delivering solutions through world-leading science.”