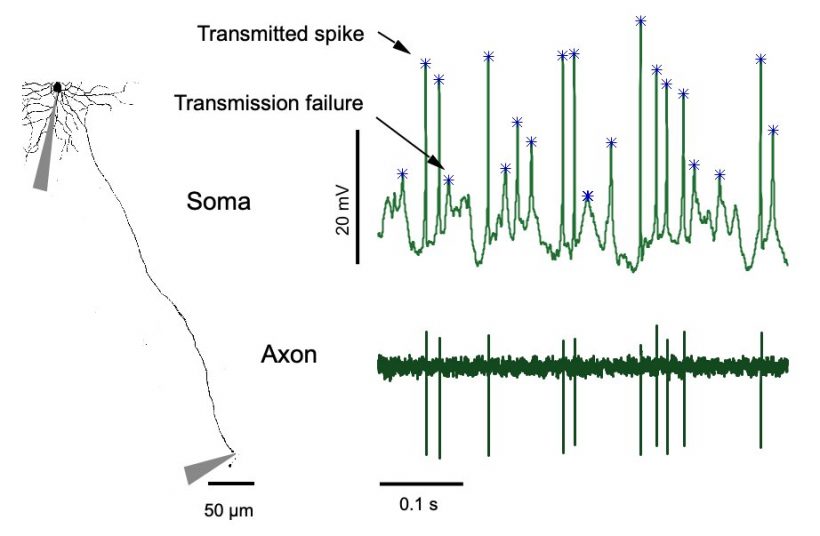 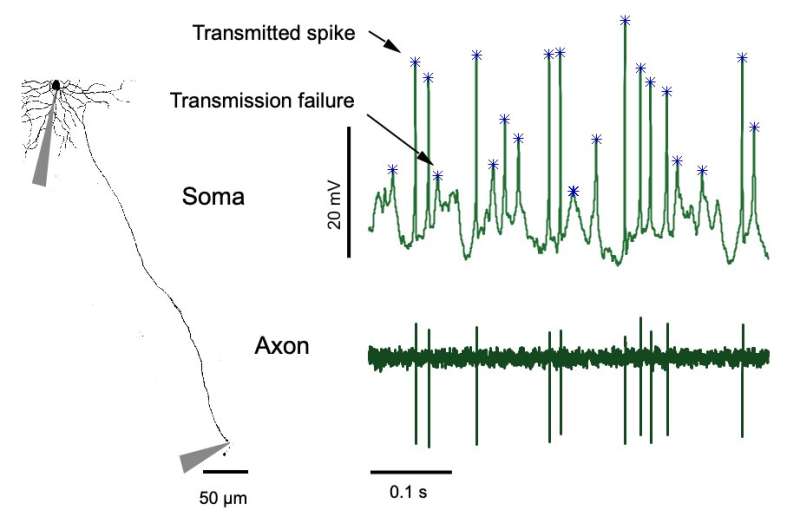 Northwestern Medicine investigators have identified a new type of retinal ganglion cell, the neurons in the retina that encode the visual environment and transmit information back to the brain, according to a study published in Neuron.

The specific features of this cell, which is called a “bursty suppressed-by-contrast” (bSbC) retinal ganglion cell (RGC), overturn a decades-old assumption about the relationship between the cells’ inputs from photoreceptors and outputs to the brain, according to Gregory Schwartz, Ph.D., the Derrick T. Vail Professor of Ophthalmology and senior author of the study.

“The classic view was that these ganglion cells simply integrate their excitation and inhibition inputs, and that will tell you how the cell responds to visual stimulus,” said Schwartz, who is also a professor of Neuroscience. “Our findings reveal that these cells have their own intrinsic computation, which has interesting implications for things like retinal prosthetics.”

There are more than 40 types of RGCs which transmit information about specific and complex characteristics of a visual scene, including motion, direction, orientation and color. For example, the “off sustained alpha” (OFFsA) RGC type has a baseline firing rate, but when light increases, the cell’s signaling to the brain decreases and vice versa.

In the study, investigators compared the responses of OFFsA and bSbC ganglion cell types to different visual stimuli, recording the resulting signals that would be sent to the brain. The study authors discovered the bSbC has a curious mechanism: The cell has a baseline rate of signaling towards the brain, but both increases and decreases in light result in decreased signaling, a one-way signaling pattern.

“The signaling can only go down,” Schwartz said.

Further, the investigators tested the classic view of how these ganglion cells integrate inputs. These cells receive excitatory and inhibitory signals from photoreceptors in the retina, and the prevailing theory dictated that these inputs combine to reach some threshold that causes a change in signaling output. To test this, Schwartz and his collaborators swapped the inputs into the OFFsA and bSbC ganglion cells with one another, finding that the output signaling in this experiment was identical to normal activity.

“This means they have their own ion channels that impact output, their own set of electrical conductances that contribute to the output,” Schwartz said.

The findings have implications for devices such as retinal prosthetics, which aim to stimulate RGCs that are no longer responsive to light. Current prosthetics can only produce crude vision, and Schwartz believes part of the problem is that the prosthetics are sending the wrong signals to the wrong types of cells.

“You can’t turn on the light to check what kind of retinal ganglion cells they are because the receptors are damaged—it’s a catch-22,” Schwartz said.

Instead, investigating the intrinsic computation in each cell type could help scientists identify which cells are which, even without the correct photoreceptor input.