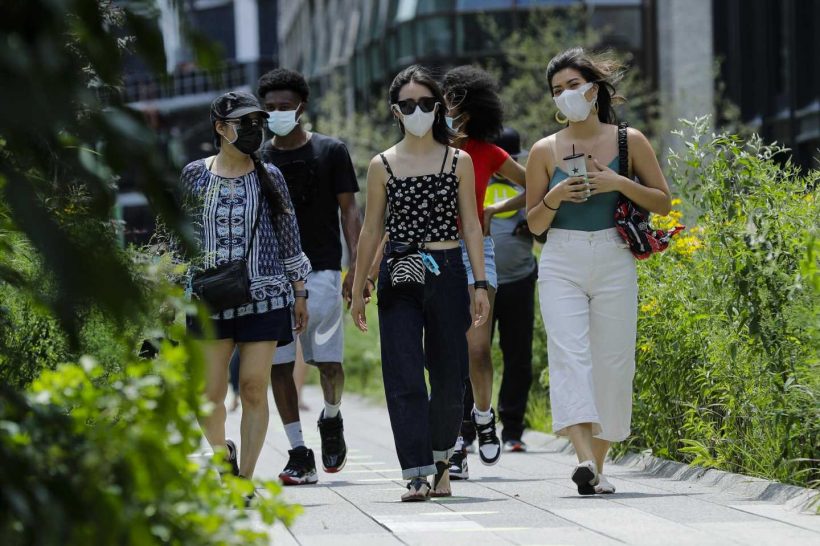 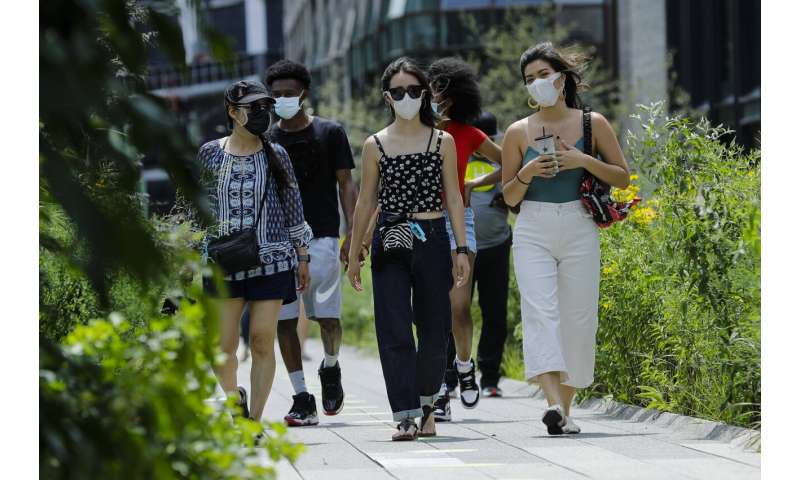 “This is the number we’ve been wanting to get to for quite a while. We will now have that capacity,” he said.

Dr. Ted Long, the head of the city’s contact tracing effort, said the median wait for test results citywide is now two days, down from more than double that a week ago, but he acknowledged that waits at some testing sites have been much longer.

Long said the city’s contact tracers have identified more than 17,000 contacts of people who tested positive and have instructed those who were experiencing symptoms of the virus to isolate at home, an effort that he estimated may have prevented thousands of new cases.

Some models suggest that each person who is infected with the coronavirus can infect an average of 2.5 other people, Long said.

Long said of the contacts of infected people who are themselves experiencing symptoms of the virus when contact tracers reach them: “If they’d gone out there and infected 2.5 other people each, then we’ve potentially prevented, by not allowing that to happen, more than 5,000 new cases of the coronavirus across New York City since our program began on June 1.

Gov. Andrew Cuomo said New York conducted nearly 70,000 tests statewide Wednesday, with about 1%—811 on Wednesday—continuing to test positive, as in recent weeks. He said the state’s laboratory handles about 70% of testing statewide and isn’t seeing delays like national laboratories.

The governor announced a new advertising campaign that will urge young people to protect themselves from lingering COVID-19 symptoms and vulnerable New Yorkers from infection by staying 6 feet (2 meters) away from others and wearing masks. He said one upstate July Fourth party alone resulted in 30 positive cases.

“Famous last words. Don’t let them be yours,” the ad’s narrator warns.

Cuomo said an increasing share of people hospitalized for COVID-19 are between the ages of 21 to 30, representing about 13% of patients over the last week. That’s up from 10% over the previous week.

The number of hospitalizations dipped sharply after peaking at over 18,000 in mid-April, but has declined at a slower rate since June to about 700 Wednesday.

“This is not the time to fight for your right to party,” Cuomo said.