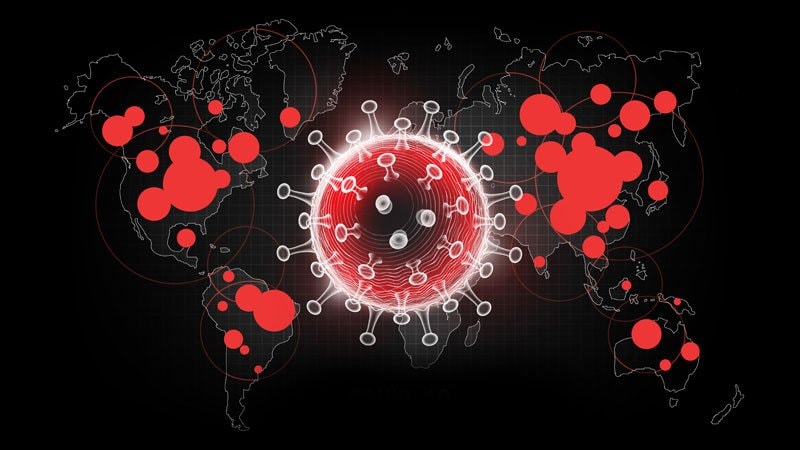 These are the global coronavirus stories you need to know about this week.

The surge of COVID-19 infections in India continues with another record rise of 386,452 daily cases reported on Friday. On the same day there were 3498 deaths reported, meaning the total number of COVID-19 fatalities in India is more than 204,000. Hospitals in New Delhi and many other states severely hit by the second wave are facing a critical shortage of hospital beds, ventilators, and oxygen supplies, while crematoriums are performing cremations around the clock. The Prime Minister’s Office announced that a total of 551 oxygen generation plants will be set up in healthcare facilities across the country as soon as possible to boost oxygen availability. Many of India’s close allies including the US, UK, United Arab Emirates, Saudi Arabia, Canada, Germany, France, Russia, Singapore, and South Korea have offered medical aid. On the other hand, several countries have put a halt to nearly all travel from India.

One in 4 UK adults has received both doses of a coronavirus vaccine. Appointments are now open for people aged 40 and over. Overall deaths are now below the 5-year average for the sixth week in a row, and COVID-19 only accounted for 3.5% of all deaths in England and Wales. Positive tests are now at a rate of 25 per 100,000 people. A political row began over newspaper claims that Prime Minister Boris Johnson had said he’d rather “bodies pile high in their thousands” than order a third lockdown last year. He denied it. Recruitment began this week for 4000 volunteers for a phase 3 clinical trial of Valneva’s inactivated, adjuvanted COVID-19 vaccine candidate.

After the vaccination summit in Germany on Monday, discussion continued about easing restrictions for those who have recovered from COVID-19 or have been fully vaccinated with proposals expected next week. Coronavirus vaccination should be possible for everyone in Germany by June at the latest. Figures released on Tuesday showed 23.9% of citizens have now received their first vaccination, and 7.3% are fully vaccinated.

In France, there are concerns about an increase of the South African variant from 6 to 10% of cases in Ile-de-France. The country passed the mark of 20 million first and second vaccine doses delivered. The Haut Conseil de Santé Publique (HCSP) has issued recommendations on what to do once fully vaccinated. Also, the Haute Autorité de Santé  called for the use of nasal antigen tests in schools at least once a week.

In Belgium, 29% of the population has received a first dose of a COVID-19-vaccine so far. The country decided to ban all passenger travel from India, Brazil, and South Africa. 58 travellers were caught with a false COVID-19 test at Brussels Airport on Monday. The situation in hospitals in Belgium is worsening slightly after starting to improve last week. The Brussels region has begun a series of awareness campaigns among minority groups where vaccine uptake is lagging behind the general population. Mobile vaccination teams in Brussels have begun visiting people at home, undocumented migrants, and homeless people.

Portugal recorded no COVID-19 deaths on Sunday for the first time since August last year. The number of hospitalisations and intensive care admissions continues to decrease and the country is discussing ending its state of emergency. Minister of Health, Marta Temido, cautioned that “the pandemic has not disappeared”.

It is estimated that 15.5% of the population has antibodies against coronavirus, mostly  due to infection. Since the beginning of the pandemic, the country has registered 834,991 confirmed cases and 16,970 deaths. Portugal currently has 2,962,794 people vaccinated, of which 796,791 have received two vaccine doses.

In Italy, government data confirms a slow decline in new cases and in the number of hospitalised patients. Incidence of cases is now 157.4 new cases per 100,000 people but is still above the threshold of 50 cases per 100,000 inhabitants which allows the identification of cases and tracing of contacts. Most of the country is now classified as ‘yellow’, with the lowest level of restriction. Around 8.6% of the population has received both vaccine doses.

In Spain, the pandemic curve seems to be flattening but the disease incidence at 14 days is still more than 200 cases per 100,000 population. ICU bed occupancy is over 23.12% but the patient profile in this wave is seeing patients admitted with more severe symptoms, younger patients (35-45), and people without serious comorbidities.

Last Monday 26 April Spain received more than two million doses of vaccine. Around 8.5% of the population has been fully vaccinated and 23.2% has received at least one dose. Ten-day quarantine restrictions are being imposed on travellers from India.

The US is now third in the world, behind the UK and Israel, in terms of share of its population who have had at least one dose of a COVID-19 vaccine. And the vaccines appear to be working: daily cases, deaths, and hospitalisations are all going down.  America, which has a glut of vaccines in storage, said it would share 60 million doses of the AstraZeneca vaccine with the rest of the world, once they pass federal safety checks.

This week, the CDC issued new guidance for children attending summer camps.  Kids can stand within 3 feet (just under a meter) of each other, but they need to be masked.  The CDC also said it was okay for fully vaccinated adults to take off their masks in small groups outside.

At the same time, the vaccination campaign may be losing some of its momentum, leading to fears the country may soon hit a wall of vaccine hesitancy.  It’s unclear what life with the virus in America could look like if it doesn’t reach widespread herd immunity.

In Brazil, the numbers of new cases and deaths remain at high levels. As of Tuesday, there were 392,204 deaths and 14,370,456 confirmed cases of SARS-CoV-2 infection. The average number of daily cases in the last 7 days is 2451. Analysis by media organisations shows that no state has an upward trend in deaths and cases. On Monday, researchers from the Butantan Institute announced genomic identification of the South African (B.1.351), and Swiss (B.1.318) virus variants in the country and a mutation of the Amazonian variant (N9). It’s not known whether the variants found are more aggressive or transmissible. The National Health Surveillance Agency denied exceptional authorisation to import the Sputnik V vaccine due to a lack of safety and efficacy documentation and serious flaws in the manufacturing process.

CoronaVac supply problems mean vaccination appointments are being rescheduled and the Ministry of Health allowed the use of doses after their expiry dates. As of Monday, 13.96% of the population had been given a first vaccine dose, and 6.2% were fully vaccinated.

In Cuba, COVID-19 cases have increased during the month of April and the presence of strain B.1.351 has been confirmed. The Cuban government confirmed its COVID-19 vaccine, Abdala, will complete a phase 3 clinical trial in the coming weeks.

The Mexican government will begin vaccinating 50- to 59-year-olds after an initial focus on over-60s, teachers, and health professionals. Mexico will also produce the Sputnik V vaccine locally.

With more than 60,000 deaths, Argentina is at the worst phase of the pandemic so far, according to the country’s Minister of Health, Carla Vizzotti. The Argentine government has restarted negotiations with Pfizer to buy the vaccine. The first local batch of Sputnik V vaccine has also been manufactured.

Chile has announced that pregnant women are a vaccination priority. It will start by vaccinating pregnant women with underlying health issues in their second or third trimesters.

In the wake of rising COVID-19 infections in the country, South Korea has decided to grant public access to two COVID-19 self-test kits for the first time. The kits can provide results in about 15 minutes, with an accuracy of 90%.

The Australian government has announced that athletes and support staff participating in the Tokyo Olympics will be prioritised for COVID-19 vaccination in addition to healthcare staff, the elderly over 70, and Indigenous people over 55. The Australian Olympic Committee said vaccinating athletes will not burden the public health system.