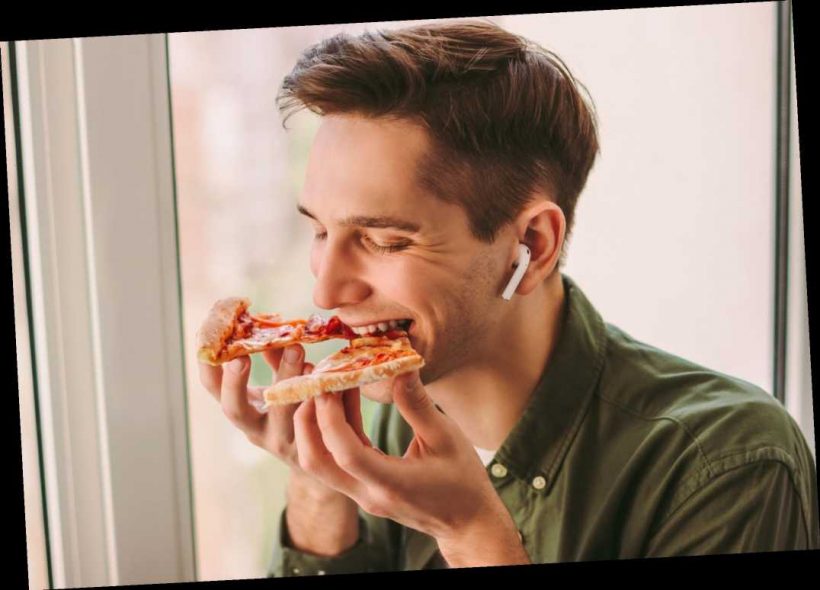 If you just smoked some weed or eaten an edible, it probably doesn’t take long before you’re scarfing down all the junk food in sight. Well, you’re not alone. One of the most talked about effects of marijuana is the spike in appetite, better known as the munchies. The term munchies comes from Charles T. Tart’s famous 1971 study, “On Being Stoned,” where 150 marijuana users were observed and their cravings for sweets were noted by researchers.

So, what exactly is happening to your body—and your appetite—when you’re high?

Why do I feel hungry?

The two most common components of cannabis are cannabidiol (CBD) and tetrahydrocannabinol (THC). THC is the most psychoactive component in cannabis and ultimately the cause of the munchies. And researchers believe there are two possible reasons why.

One, in order for a drug to work, it has to find receptors in the body. “The receptors that THC interacts with are located in our central nervous system, essentially the brain and the parts of the brain that stimulate appetite,” says Rachna Patel, MD, who counsels patients on medical CBD and cannabis use. The THC triggers your appetite whether you’re hungry or not.

Two, you could also be feeling hungry because weed may have an impact on a hormone secreted from your stomach called ghrelin. This hormone signals the brain that your body is hungry and stimulates your appetite. And marijuana has the capability to release ghrelin, according to Gary Wenk, PhD, psychology and neuroscience professor and academic research representative for Ohio’s Medical Marijuana Advisory Board.

How much will I want to eat?

How hungry you feel depends on the amount of marijuana you had and how you consumed it. When you smoke a joint, the level of THC in the blood is much higher and leads to more munchies than if you were to eat an edible. Because edibles have to be digested, whatever food is already in your system is going to slow down the absorption of THC until it finally reaches the brain. Patel says that inhalation can take five to 10 minutes to take effect while ingestion can take up to two hours.

Will I gain weight from the munchies?

According to Wenk, study after study has shown yes, you get the munchies but you don’t actually gain weight.

“Marijuana receptors live on your mitochondria, the power plants that give us energy. It turns out that they have THC receptors and they’re involved in regulating your energy use,” explains Wenk. “What we speculate is that marijuana is getting in there and altering your ability to burn through calories, in spite of the munchies.”

But that’s not necessarily a free pass to eat all the junk food in the world.

What should I eat when I get the munchies?

When you get the munchies, experts say the marijuana tends to enhance the rewarding nature of food you eat. Our brains love high-calorie fats, salts and sugars. And we release dopamine in response to those foods more than anything else. This is why when the munchies hit, you’re always reaching for that bag of chips or slice of pizza.

Ideally, you should be eating fruits, vegetables, and grains. But to satisfy those cannabis-induced cravings, try choosing healthier options that still have sugars or salts like granola cereals or baked chips instead of fried. When you’re high, it might seem impossible to stop wherever your stomach leads you, but Wenk suggests being preemptive and setting out your snack options ahead of time so you don’t choose the most unhealthy food options.